Backcountry Access just released its newest model, the Tracker4 avalanche beacon. We checked out an early sample — this is what we know so far.

The BCA Tracker series are some of the most popular avalanche beacons in North America. Skiers and riders know the tracker for a very simple user interface that is easy to learn.

This week, BCA introduced a new model, the Tracker4. The brand claims that it “marks a new industry standard for transceiver durability and ease-of-use.” After examining a sales sample of the beacon, we’d say it does seem to have a robust build and a very simple user interface.

In short: The BCA Tracker4 offers simplicity in an avalanche beacon that still maintains the needed capabilities of most backcountry skiers. With three antennas, multiple burial indicator, close-proximity indicator, and “big picture mode,” it checks many of the boxes required by backcountry skiers. And its claimed range of 55 meters is a middle-of-the-pack distance compared with competitors.

The Tracker4 just hit the market this month. At this point, its biggest differentiator from other Trackers is durability.

“It’s not that different. That’s the beauty,” said Bruce Edgerly, BCA co-founder and vice president. “We’ve taken all the best aspects of Tracker2 and combined them with Tracker3 to make Tracker4 our new ‘workhorse’ beacon. The most notable difference is the industrial design, which is made to be indestructible. But we still have real-time, ultrafast processing, and no-nonsense multiple burial searching.”

Picking up the Tracker4, you’ll notice a very sturdy feel and easily grip-able, rubberized overmolded case. It feels more rugged in the hand than its predecessors. It also has a recessed screen to add another layer of protection against wear and tear. The screen also boasts brighter resolution and a louder speaker than the Tracker S and Tracker3, optimizing visibility and audio cues during searches. 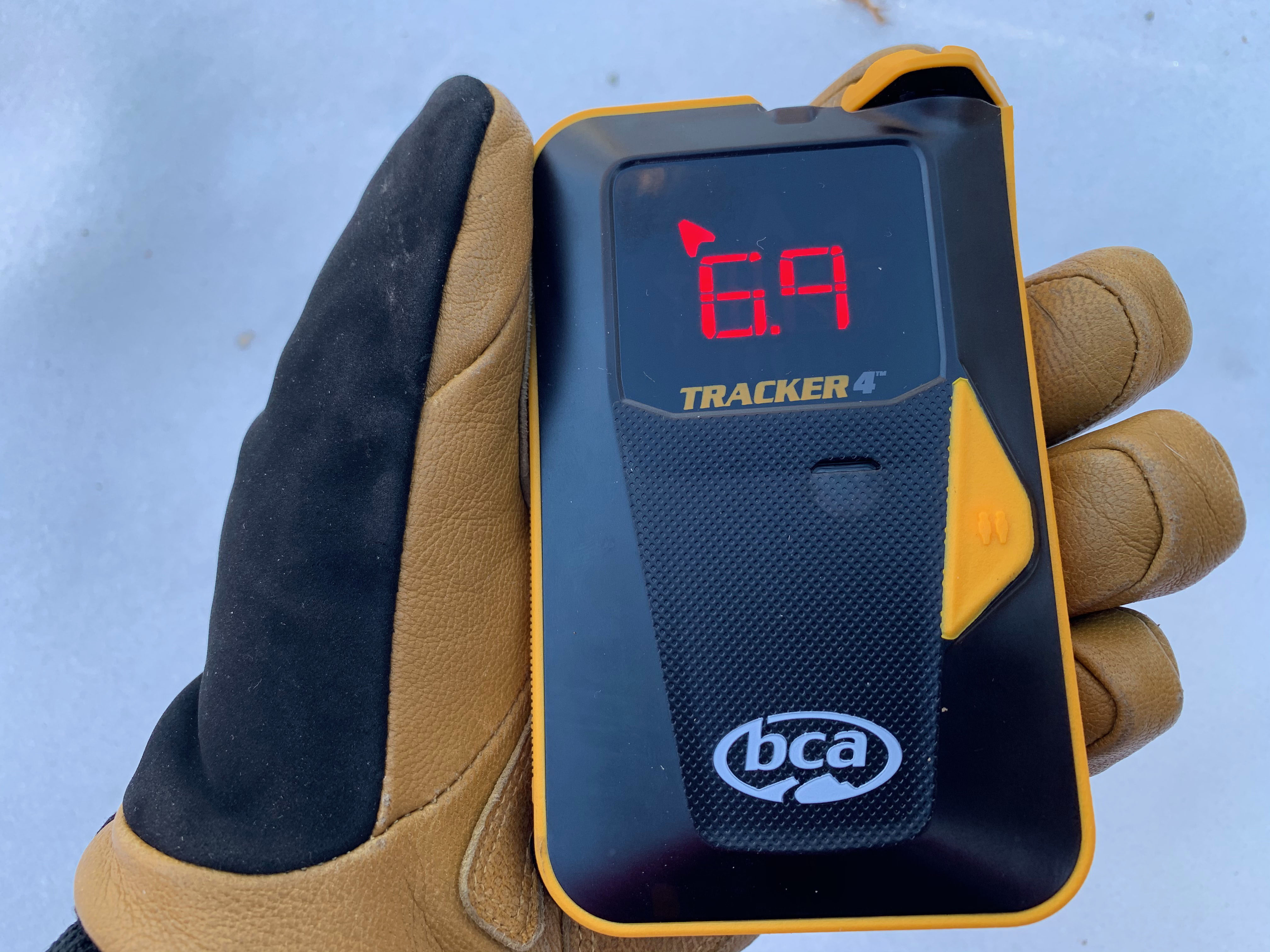 The Tracker4 is also the only beacon to use a full LED display. “That’s because we’re the only beacon manufacturer from North America — and winters are cold here! LEDs work much better in those conditions than LCDs, so even in bitter cold temps we’re able to maintain a bright, real-time display,” Edgerly said.

While using the Tracker4 in a brief test, I found it very intuitive to use. The main power switch clicks soundly into send mode and locks in that position. It clicks again easily into search mode. 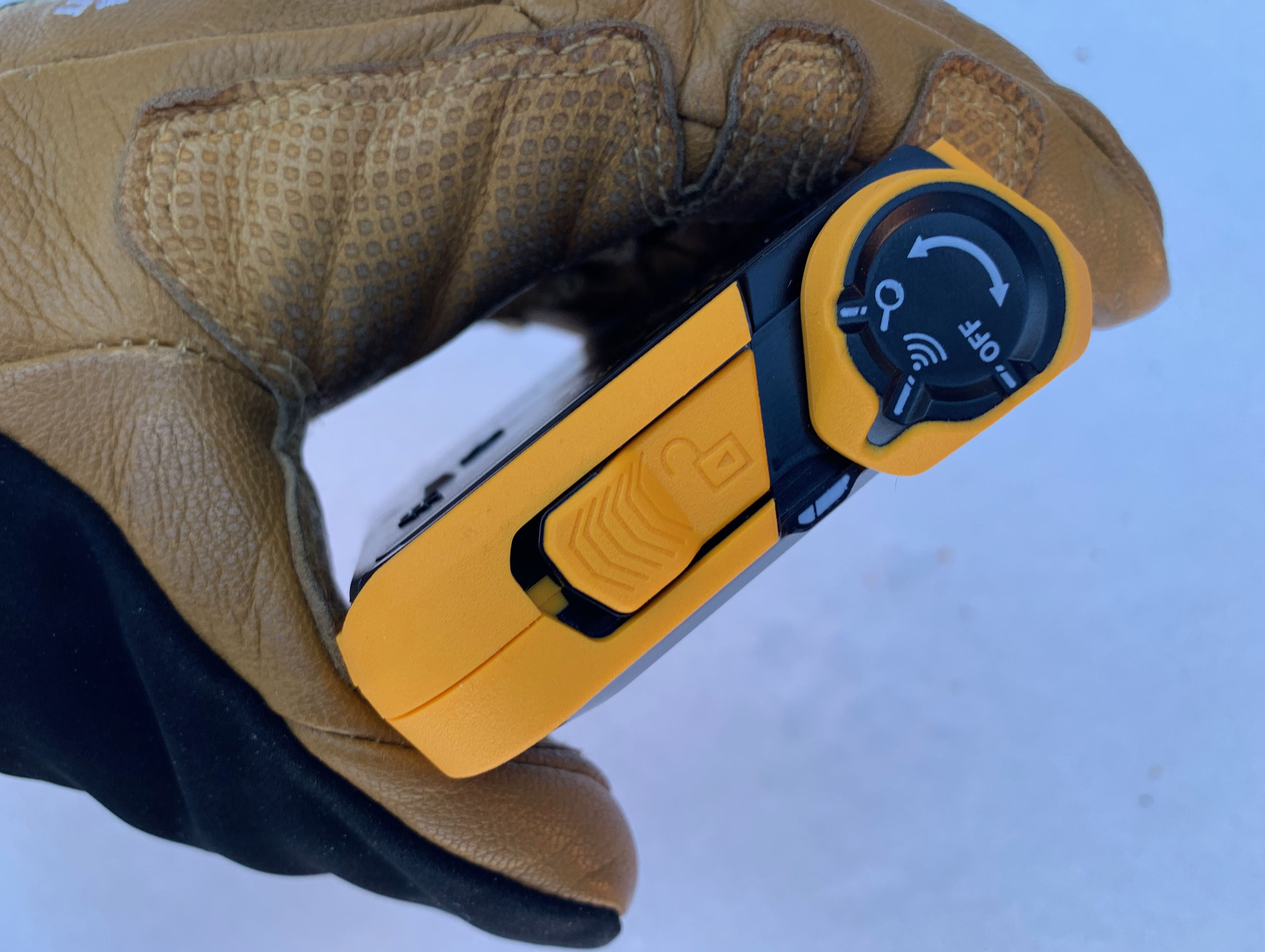 The loud search beeps will quickly alert users if the beacon is in search mode. And the multi-arrow system and range readout on the LED screen are simple to understand and should give users easy feedback in search mode. This is not a full test by any means, but in a short trial of a sales sample, the Tracker4 system looks easy to use and durable.

Compared to other beacons on the market, the price of $390 is about average.

The Tracker4 is available for purchase online and from retailers across North America, Europe, and Japan that can be located here.

The Best Cross-Country Skis and How to Choose Them

Our expert has found the best cross-country skis of 2021, including classic nordic skis, skate skis, and the best pick for ski racing. Read more…

Up Next: Outdoor Brands Unite for ‘The Common Wild Initiative’

Saving…
Outdoor Brands Unite for ‘The Common Wild Initiative’
Skier’s Dream? Here’s What It Takes to Make Turns All Year
×