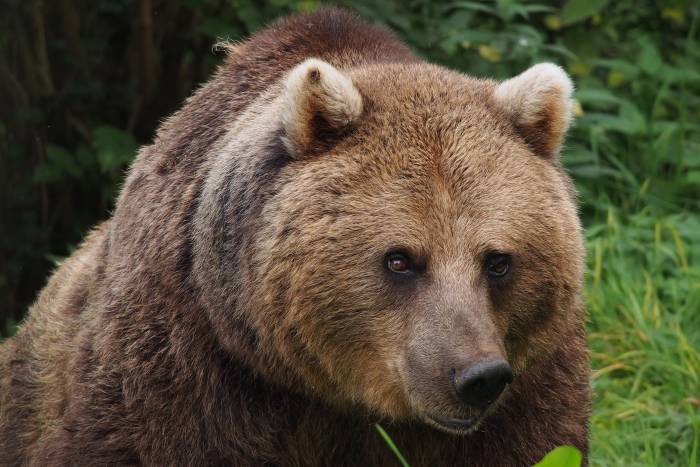 Outraged activists claim the local government is indiscriminately culling bears without a ‘trial.’

A bizarre plot, worthy of the “CSI” cast, is unfolding in the Italian Alps. A bloody attack, DNA evidence left at the scene, forensic research, and cries for a fair trial have engulfed the province of Trentino — but the culprit in this drama is a brown bear.

It began last week when Fabio Misseroni, 59, and his son Christian Misseroni, 28, stumbled across the bear while hiking. In interviews with CNN and the New York Times, Christian claimed they “weren’t prepared” and came across the bear unexpectedly along a path on Mount Peller.

Christian said he promptly fell to the ground after the bear growled and rushed him. He told reporters that his father jumped on the bear and was clawed and bitten. Although they ultimately managed to scare the bear away, both endured bite and claw wounds. Fabio also suffered three fractures to his femur after jumping on the bear.

But while no further details about the encounter have surfaced — including whether the bear was a mother protecting its cubs — Trentino governor Maurizio Fugatti swiftly ordered the bear to be identified and killed. And that may not prove too difficult. As it happens, Trentino has been involved in Project Ursus, a largely successful program to revitalize the alpine brown bear population. As part of that initiative, it has a catalog of local bear DNA and corresponding video surveillance that, combined, make identifying and tracking down individual bears highly feasible. Authorities said they were already able to collect fur and saliva samples from the Misseronis’ encounter.

But by the end of the week, prominent animal rights groups such as the World Wildlife Federation (WWF) decried the order as unjust, launched petitions to stay the execution, and pledged to fight the kill order in court if Fugatti didn’t rescind it.

“I understand the concern of citizenship, but I think it is necessary to reconstruct the event well through a detailed technical report,” Sergio Costa, head of Italy’s Ministry of the Environment, said in a rebuke of Fugatti’s order. “Only after collecting certain scientific information on the animal involved in the accident will the two citizens be able to evaluate technical solutions that, in my opinion, must not translate into killing.”

Costa noted that if an investigation determined the bear was an adult female, she could well have been protecting cubs and not be a continued threat to humans.

WWF’s petition to Fugatti currently has more than 21,000 signatures. It seeks to halt Fugatti’s current execution order and modify the existing statutes that allow for the culling of bears involved in attacks on humans.