A researcher first uncovered the toxic effects of BPA two decades ago. Now, she claims ‘BPA-free’ plastics may carry the same risks.

You may not know Patricia Hunt’s name, but you’ve definitely seen her work. Dr. Hunt, a biologist at Washington State University (WSU), is the reason virtually every water bottle now comes with the stamp “BPA free.”

Bisphenol-A used to be found in many products used in the outdoors. The ubiquitous Nalgene bottle, for example, was among myriad products, notably water bottles, that used it in production. You could also find it in many consumer products beyond the outdoors industry.

But then came a study that changed everything. Twenty years ago, Hunt found that cleaning chemicals containing BPA were a causative agent behind reproductive abnormalities in her lab mice. That initial finding led to a sea change in the production and regulation of plastics.

Today, Canada and the European Union ban BPA’s use in baby bottles. And the FDA no longer authorizes BPA in infant bottles and formula packaging. 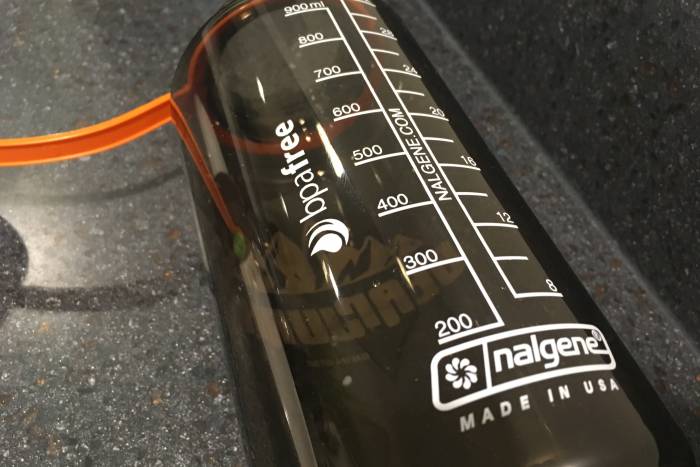 And last week, researchers at WSU — including Hunt — published a study in the journal “Current Biology.” The findings suggest that common BPA alternatives lead to the same health problems as their infamous predecessor.

“We stumbled on an effect yet again,” Hunt told WSU Insider. “This is a more stable plastic, but it induced similar effects on the process of making eggs and sperm. Importantly, when we tested the chemicals in controlled experiments, we got similar results for each of them.”

Hunt and her colleagues arrived at the conclusions using the same experiment that uncovered BPA’s harms. The researchers kept the “control group” lab mice in plastic cages made with BPA alternatives, notably BPS, BPF, BPAF, and diphenyl sulfone.

BPA in the News

BPA is in the news again. That's short for bisphenol A, a controversial compound that mimics the hormone estrogen and is found in polycarbonate containers, notably in those ubiquitous cylindrical water bottles from Nalgene. But this time around the news, which was picked up yesterday by every major network, revolves around a study about baby bottles and the presence of this chemical, which some researchers say has been linked to obesity, diabetes and developmental problems in lab animals. . . Read more…

According to their findings, the control mice showed reproductive abnormalities in the copying and splicing of DNA in both sperm and eggs. The result? Male mice suffered a reduction in viable sperm, and females experienced an increase in abnormal eggs.

“These findings add to growing evidence of the biological risks posed by this class of chemicals,” Hunt and her colleagues wrote in the study.

The study has immense implications. Beyond claiming negative health consequences in humans, it casts doubt on broad swaths of clinical research because, frankly, plastics are everywhere.

According to Hunt, the near-ubiquitous use of these plastics may be contaminating all manner of biological research.

“It’s now becoming almost impossible to run experiments without contamination,” Hunt told WSU Insider. She calls the reproductive abnormalities a “canary in the coal mine” for these types of highly sensitive studies. “Other investigators in my facility don’t see it, but it doesn’t mean that it doesn’t impact their research.”