Sixteen diverse outdoor brands joined together in an effort to protect and preserve public lands. They’re calling their effort ‘The Common Wild Initiative.’

From hunting to skiing, we’re all in the outdoors together. Now, brands from all corners of outdoor recreation have come together to fund “The Common Wild Initiative.” And they’re all donating 100% of the profits to the new directive. Each brand will sell Common Wild merch on their sites in order to further the idea that the great outdoors is a uniting factor for everyone.

Activities repped by brands include hunting, fishing, packrafting, backpacking, skiing, camping, biking, and mountaineering. And First Lite‘s Ford Van Fossan wrote a definitive message for the initiative that speaks to the heart of the matter.

Read on for the entire op-ed.

It’s no secret that our country is divided. But amidst the political rancor, spoiled friendships, and party-line votes, conservation of wildlife and wild places is quietly bringing Americans together.

The Great American Outdoors Act — one of the most substantial pieces of conservation legislation in decades — passed both houses of Congress with broad bipartisan support and was signed into law by the president on Aug. 4.

Meanwhile, the proposed Pebble Mine at Bristol Bay, Alaska, threatens the world’s greatest remaining sockeye salmon run; however, it received criticism from as diverse personalities from across the political spectrum including Tucker Carlson, Donald Trump Jr., Joe Biden, and Jane Fonda. These voices appeared to move the Army Corps of Engineers to replace roadblocks to the project in a recent decision. 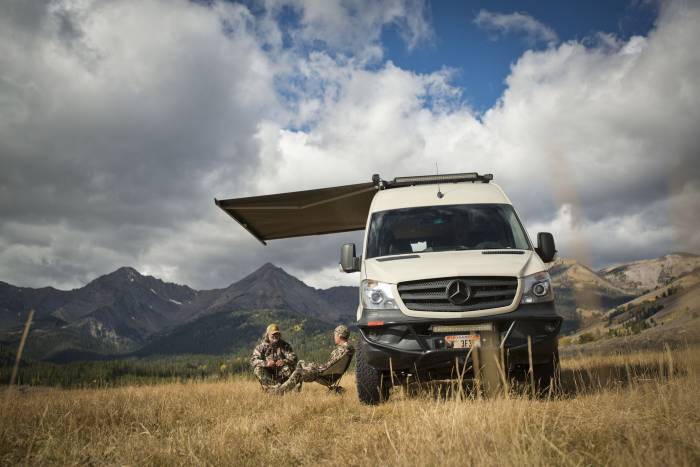 Red or blue, urban or rural, old or young, Americans value the natural world. And this passion is evident in the sheer size of the outdoor recreation industry.

The Bureau of Economic Analysis estimated that outdoor recreation accounted for 2.1% ($459.8 billion) of current-dollar gross domestic product (GDP) for the U.S. in 2019. From recreation vehicles to trail running shoes, Americans shell out an impressive amount of cash on getting outside.

All of this spending is predicated on America’s ability to get out and enjoy wildlife and wild places. And of course, with no outdoors, there is no outdoor economy. Therefore, outdoor recreation companies have a vested interest in conservation that transcends the diversity of the industry and goes above your typical citizen.

And this dynamic is where the Common Wild Initiative was born. A coalition of diverse outdoor companies has put aside both competition and their differences to raise money for protecting what keeps them in business and fuels the passions of their customers and employees.

On Dec. 3, these companies began selling a collection of limited-release, Common Wild-branded gear. All the profits will be donated to the conservation group(s) of their choice. Partners and competitors, gunsmiths and mountain bike-makers, are all coming together to support conservation in a united voice and show the world that protecting the great outdoors can bring all Americans together.

We can argue about the details of who gets to run, snowmobile, and hunt where and when after we’ve stopped the woods from being paved over. Despite the diverse desires of the various outdoor recreation demographics and the industries that support them, we believe that those who value nature are more similar than different. The Common Wild Initiative will assert this idea while raising funds for those who do the work of conservation.

Head to CommonWild.org to learn more and support this project.