Bait-and-switch labeling, inferior products, counterfeit schemes, environmental violations: These devious tactics are rampant in the cotton industry according to the makers of a new technology in DNA testing. 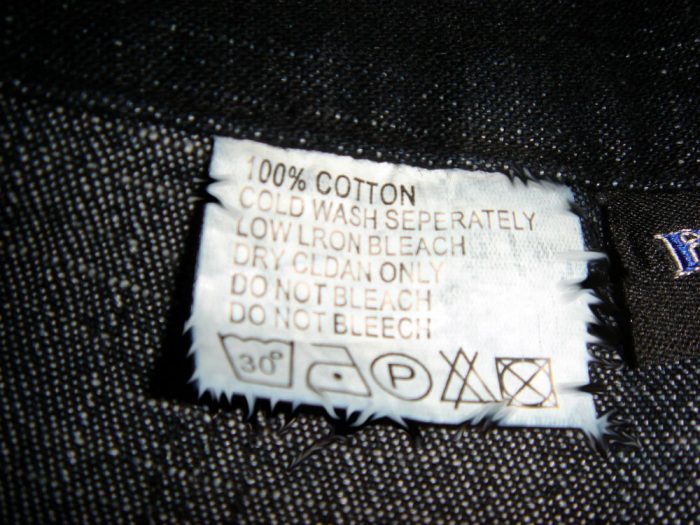 If the claims hold to be true, a process called FiberTyping is likely to make waves throughout the textiles industry. Tipped off by the brand Himatsingka (who no doubt hopes to promote its new DNA testing and tracing capabilities), we dug in to learn more.

I started to fiddle with a loose seam on my shirt as the phone rang — I was waiting for David Greenstein, CEO of the major, vertically integrated home textiles manufacturer Himatsingka to pick up. His company employs some 5,000 workers worldwide, and he was about to tell me how DNA testing in textiles could shake the apparel industry to its core.

“I am very eager to speak with you on this matter,” David tells me as our conversation begins. By the time we hang up, I’m left with a few leads and plenty of questions about an issue that sounds like a game-changer. Yet a week later, after dozens of emails and phone calls, what I learned left me with even more questions about the state of cotton and outdoor apparel alike. Above all, it had me wondering if any of us know what we’re really wearing.

For years, big companies like Patagonia and Icebreaker, and little guys like Iowa-based, eco-friendly lifestyle brand Soul Flower, have created awareness campaigns around topics like traceable goose down, merino wool, and organic cotton versus industrially-farmed. But while these campaigns promise consumers a better, more responsibly-sourced product, are you really getting what you pay for?

Until now, companies in the textiles industry have established relationships with farmers and production facilities, integrating their supply chains in an attempt to meet consumers’ demand for transparency and accountability.

The world that exists between the cotton fields and your shirt is messy, complicated, and long — suffice it to say that the threads you wear have traveled from the U.S. to China, Russia, or a host of countries in between, and passed through innumerable hands, machines, and shipping containers.

Currently, most manufacturers rely on the honesty of their suppliers to provide the product as promised.

“We use organic cotton sourced from the USA, India, and Turkey [as] there is a shortage of USA-grown organic cotton,” said Mike Shoafstall, president of Soul Flower, an online apparel company focused on sustainably sourced products. “We rely on our manufacturers to verify the origin and content of the fabrics we use.”

GearJunkie got wind of a new technology using DNA tagging that would help manufacturers maintain accountability through the supply chain and authenticate that what they labeled is what consumers bought.

FiberTyping: A Fingerprint For Textile Traceability

The root of all this demystification is a process known as “fiberTyping,” which verifies the content of any given textile such as cotton or wool with a two-fold process that is part of a security package offered by the New York-based Applied DNA Sciences (ADNAS).

ADNAS, it should be noted, is massive — as in, government contract for forensic applications in missile defense massive. It is a leader and innovator in molecular identification technology.

Its relevance to textiles lay in its ability to identify the genetic signature of a cotton product after harvest, say high-grade pima cotton, from lower quality cotton (known as “upland”). 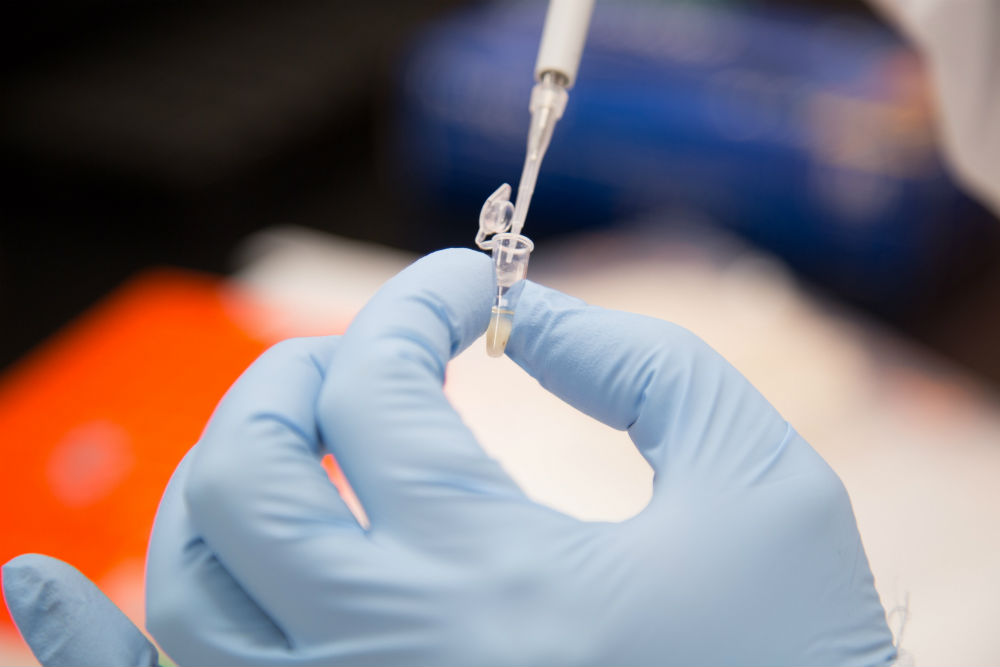 Its second step is a genetic marker that adheres to the fibers on a molecular level and serves as a marker to track and validate cotton products along a complex supply chain that flows from farm field to retail rack.

To genetically mark the fabric, sheets of unprocessed textile are misted with a proprietary agent that binds with each fiber on a molecular level. While completely imperceptible to the naked eye, the ADNAS-applied marker can be read to detect fraud in manufacturing or along the supply chain.

Why is this important? Per my initial conversation with Mr. Greenstein, whose company oversees the movement of cotton from farm to finished product, “blending is rampant.”

“Most impurities arise in spinning,” he said. “This has been the ideal opportunity to blend inferior, cheaper or less desirable fibers into the yarn.”

In 2014, his company learned that most of its brand of pima cotton, renowned for its long fibers and soft feel, was being cut with lower-quality “upland” cotton somewhere within the supply chain.

As reported in an April edition of Ag Alert, a weekly trade publication for the agriculture industry, a non-profit organization of pima cotton farmers from California, Arizona, New Mexico, and Texas known as Supima, which brands pure American pima cotton, “strongly suspect some spinners were blending Supima with other cottons.”

Marc Lewkowitz, CEO of Supima, acknowledges the probability of unauthorized blending, but stops short of calling the process rampant or malicious. 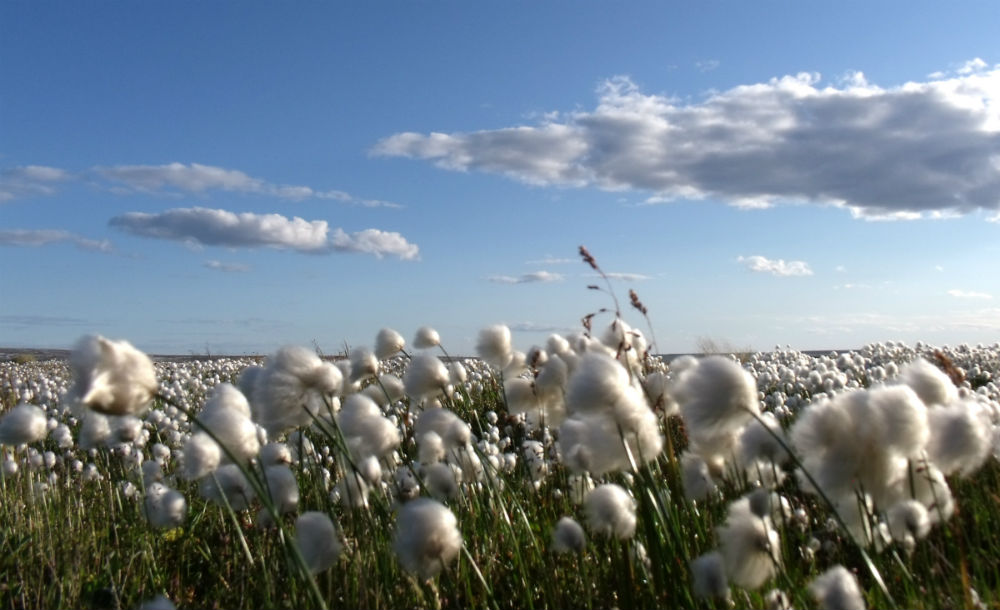 “The issue of ‘cheating’ in the supply chain is one that has to be addressed, but… [if] fibers that are included that are not intended to be there end up in a product, this is not the same as cheating where there is the intentional blending in of other fibers.”

Supima embraced the DNA typing of pima cotton to protect its brand as it oversees the licensing of its name to manufacturers and retailers as a guarantee of high-quality pima.

But, according to Simon Ferrigno, a consultant on cotton sustainability in the U.K., “There are regular reports of fraud/sales of sustainable cotton that is in fact not certified, but it is hard to put a number or percentage on this — but is likely to be a minute fraction of the total.”

“Nobody is immune to this problem,” Greenstein insisted. “And the technology is applicable to all materials in the textile industry.”

ADNAS confirmed that its technology can be used on any fiber, natural or manmade, including merino wool, silk, goose down, and more.

Some in the industry were quick to adopt (and promote) the use of fiberTyping. In 2009, shortly after ADNAS unveiled its technology, the Textile Center of Excellence, a U.K.-based non-profit dedicated to promoting and growing the English textiles industry, partnered with the American forensics firm to help track and protect its high-end Yorkshire wool.

When we learned of this, GearJunkie immediately put out a call to Patagonia, which in 1996 began sourcing all of its cotton from organic growers. Our attempts to obtain comment on this new technology were met with a referral to the company’s sustainability webpage, stating that it confirms the veracity of its cotton “by an accredited third-party certification body.”

Many such certification bodies exist to audit organic practices, but according to ADNAS and Himatsingka, no textiles supply chain had yet verified with genetic testing that cotton products labeled as pure were, in fact, that. Though its test was not aimed at organics, according to Greenstein “using DNA to tag and trace sustainably and humanely-raised feather and down would be highly relevant” in the context of DNA testing.

The pima cotton from Himatsingka — the first such cotton verified pure from a molecular level — is just now reaching consumers.

“The first wave of products tagged with this traceability technology are hitting shelves now in the form of home textiles — sheeting, towels, and so forth,” said Rodger Glaspey, managing director with Louis Dreyfus Company Cotton, which sources and supplies raw cotton for companies like Himatsingka. “In six months, that’s when you will start to see apparel that can be traced all the way back to its source.”

Even with the recent partnership with Himatsingka, which owns exclusive licenses for the sourcing, marketing, and distribution of luxury home textile brands like Calvin Klein Home and Barbara Barry, ADNAS only processed about 100 million pounds of cotton with molecular tagging.

For context, Louis Dreyfus Company Cotton cites the U.S. produced 13 million bales of cotton last year — that’s 6.5 billion pounds. Of that, 80,000 bales, or 40 million pounds, were tagged — roughly half of one percent.

Is Blending Really A Problem?

Where does that leave us? On one hand, a major cotton manufacturer, distributor, and retailer – Himatsingka — and its forensic partner — ADNAS – have invested heavily in a high-tech solution to a problem they call “rampant.”

According to ADNAS, a random test it performed in 2009 of products advertising 100 percent pima and Egyptian cotton showed that 89 percent were blended with lower grade upland cotton, which costs two to three times less than the advertised premium varieties.

What’s more, few industry leaders in the textiles and outdoors world offered comment, or seemed knowledgeable, on this issue. That could prove damaging if Greenstein’s allegations and ADNAS’s findings of unauthorized blending and mislabeling are true.

On the other hand, organizations concerned with the sustainability of cotton farming seemed less ready to sound the alarm.