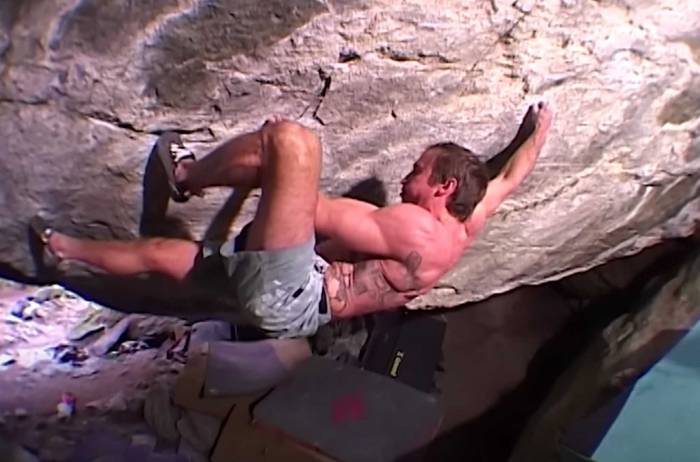 Shot in a grainy, camcorder-esque style, a new doc shows off Daniel Woods' fall sends from a trip to Switzerland; (photo/Mellow)

What did Daniel Woods do with his month in Fionnay, Switzerland? The list includes a V15, two V14s, two V12s (one a first ascent), and a V11.

As one of America’s best boulderers, Woods continues to push boundaries at the sport’s highest echelons.

That commitment to ongoing mastery was on full display during his stint in one of Europe’s most famous bouldering areas, where Woods brought his beastly tenacity to some of the crag’s most challenging problems.

The video below from Mellow — shot in a grainy, old-school style — shows some of Woods’ best sends from the trip in September and October 2022.

“Stoked to be in the Valais [the region around Fionnay] for a couple more weeks,” Woods said on Instagram early in the trip. “The climbing here is all time.”

Daniel Woods Takes Us to School

We don’t know if Woods was a straight-A student, but most climbers would likely give this report card high marks:

Those aren’t the only routes Woods sent on the trip — they’re merely the highlights. Nonetheless, the flash of “Scarred for Life” represents a new benchmark for Woods, who has been known for ticking off uber-hard routes on his first try.

Woods also made October headlines during the trip for flashing another V14 called “Compass North,” a steep overhang filled with crimps. On Instagram, Woods called the crux “pretty evil.”

“I looked at this line back in May and was inspired to give it a good first-go effort,” he wrote. “This trip I waited for the right day with cold/dry conditions to try and do it first go. I got that day and everything flowed how I wanted it to.”

Woods found a new line deeper in the woods behind his other projects. He delivered the first ascent of the boulder line on Oct. 4, naming it “Grape Ape” (V12).

“Hyped to add another stunner to the forest,” Woods said on Instagram.

The boulderer kept sending tough-as-nails routes throughout the trip, which ended with two sends on Oct. 17: “The Bitter End” (V14) and “Permanent Midnight” (V12). 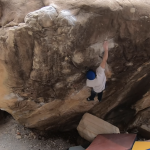