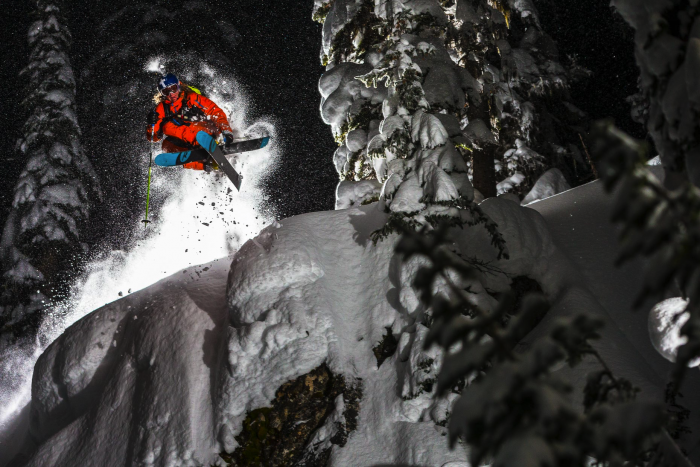 Dave Treadway, a Canadian professional freeskier, died Monday after a fall while skiing near Rhododendron Mountain in Pemberton, British Columbia.

Treadway, 34, died Monday afternoon after a snow bridge collapsed under him, according to unconfirmed reports.

According to Pique News, Pemberton Search and Rescue received reports of an unresponsive skier who had fallen into a crevasse. Fourteen members from the PSAR assisted in “a very technical operation” to retrieve Treadway from the nearly 100-foot deep crevasse. But unfortunately, Treadway had already died from his injuries.

“It was just an unfortunate incident going through unknown terrain,” David MacKenzie, head of PSAR, commented. “There are crevasses all over the backcountry and in the glacial area. Various ones may have an ice bridge over them or something, and some of them can be sight unseen.”

Treadway was best known for his aggressive big-mountain skiing. He grew up skiing in Whistler along with his older brothers Dan and Daryl and often graced the pages of Freeskier Magazine with his willingness to send it big.

Treadway played a significant role in the snow community, as evidenced by the many people sharing touching posts on social media about how he impacted their lives.

A great skier and surfer named Dave Treadway died in an avalanche today and you all should know he was a true original. Such an amazing person. #RIPTreadway

It’s with great sadness we learned of Dave Treadway’s passing.
…
See how to ski community is coming together to honor Dave’s memory and support his family:

FREESKIER extends condolences to friends, family and all those touched by Treadway. https://t.co/pKD8BPNvgw #FREESKIER #ThisIsSkiing #Skiing

I’m saddened to learn of the passing of professional skier Dave Treadway. Treadway was killed while crossing a snow bridge in the Whistler backcountry when it collapsed yesterday. He is survived by his wife, two children, and many friends across the ski world. He’ll be missed.

A GoFundMe has been set up to help support his wife and young children (ages 6, 2, and unborn).

“Dave was a passionate individual whose achievements in the mountains were only outweighed by his desire to show others the love of God. He did this by serving as a youth leader in his community and by leading as a professional skiing role model,” the fundraiser page states.

All of us at GearJunkie send our condolences to the Treadway family and friends at this very difficult time.