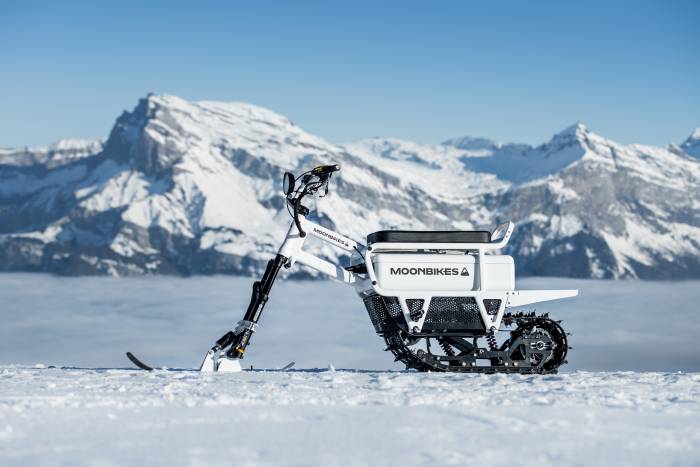 Take a peek at emerging products from the sometimes cutting-edge, sometimes quirky world of gear design.

This week, we look at new tech that debuted at the Consumer Electronics Show. CES, held by the Consumer Technology Association, showcases innovative products and breakthrough technologies in a variety of fields. 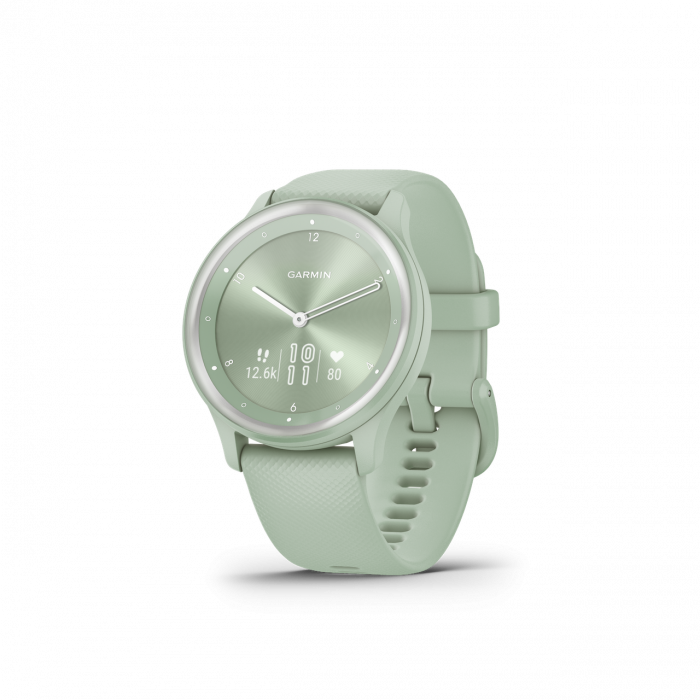 Garmin’s brand-new vivomove Sport ($180) is a hybrid watch that has an analog face over the touchscreen. This configuration allows it to still provide motion tracking, data, and alerts, but hidden from view in the watch face — until you need it. It’s basically a smartwatch for people who don’t like smartwatches. Merging old-school analog and modern methods — that’s actually some pretty cool tech. 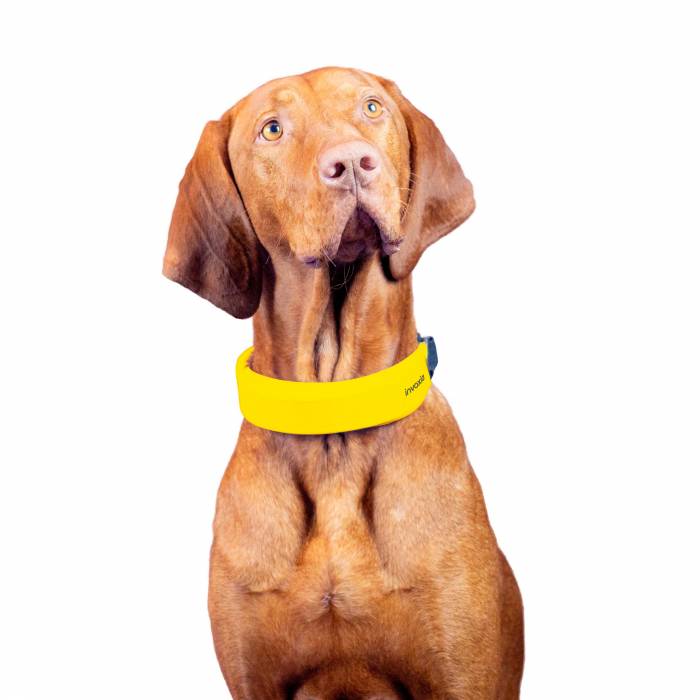 Move over leather and nylon, this tech collar might have you beat. The Invoxia Smart Dog Collar ($99) isn’t just smart in terms of GPS tracking, but it also tracks your dog’s health — just like a human fitness monitor! The Invoxia collar tracks heart rate and respiratory conditions as well as activity data like exercise and resting time. The collar will retail for $99 with an estimated subscription cost of $13 per month. Read more on the Invoxia Collar here. 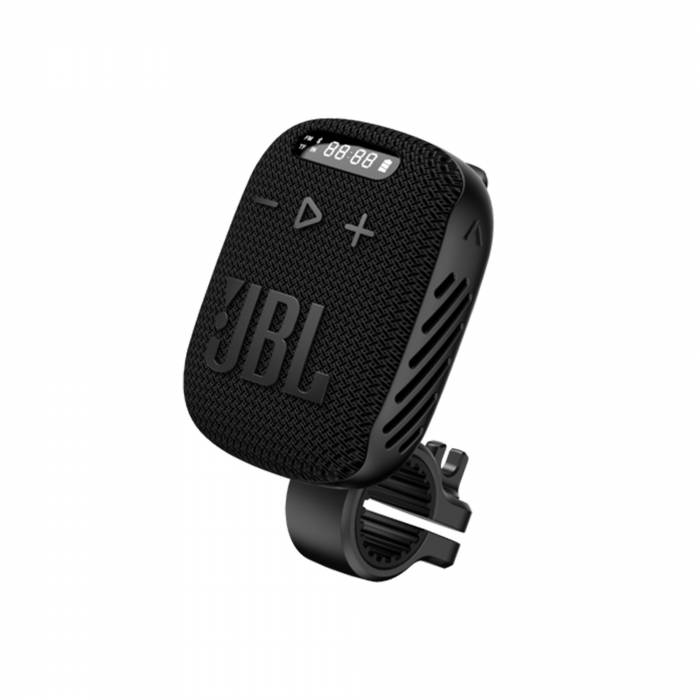 JBL’s latest portable speaker is designed for scooters and bicycles — any type of travel on two wheels. Outfitted with Bluetooth, FM radio, and aux functions, the Wind 3 Series ($80) also has hands-free calling and an IP67 waterproof rating. Most importantly, this Bluetooth speaker comes with a handlebar mount so you can easily affix it to your ride. While it debuted at CES yesterday, it won’t be available online until June.

MoonBikes just unveiled the world’s first electric snowbike at CES this week. Smaller and easier to ride than a snowmobile, the MoonBike is fully electric and nearly silent. This means you won’t break up the bucolic, silent snowscape with an obnoxious motor. It’s got a top speed of 26 mph and can run up to 1.5 hours per charge (3 hours with optional second battery). And at just under 200 pounds, it’s easy to transport and ride. Starting at $8,500, MoonBikes are available for preorder now. 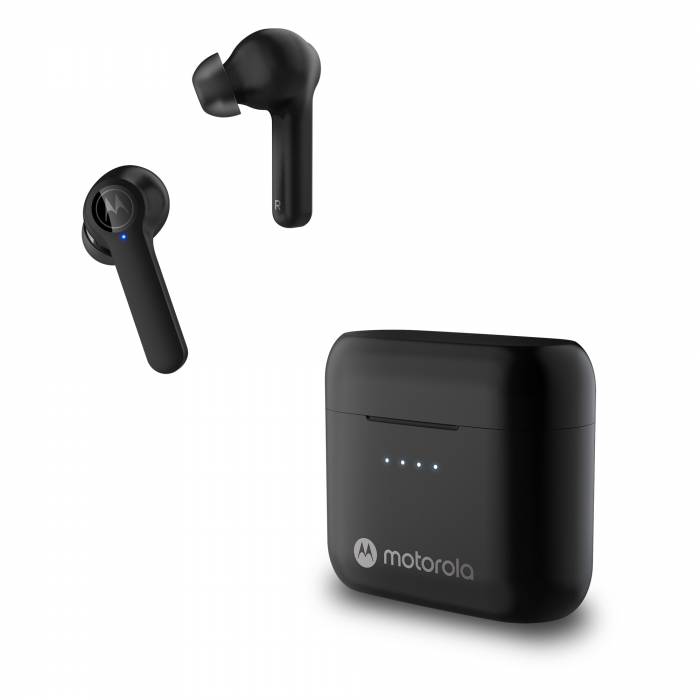 Motorola has evolved from Razr flip phones to high-tech wireless buds. Its Moto-S ANC Earbuds ($150), announced at CES this week, are noise-canceling buds that can be worn single or as a pair. They’re equipped with features like an 18-hour playtime, EQ settings, a manual button and voice assistance, and an IPX5 rating. The earbuds come in a wireless charging case. 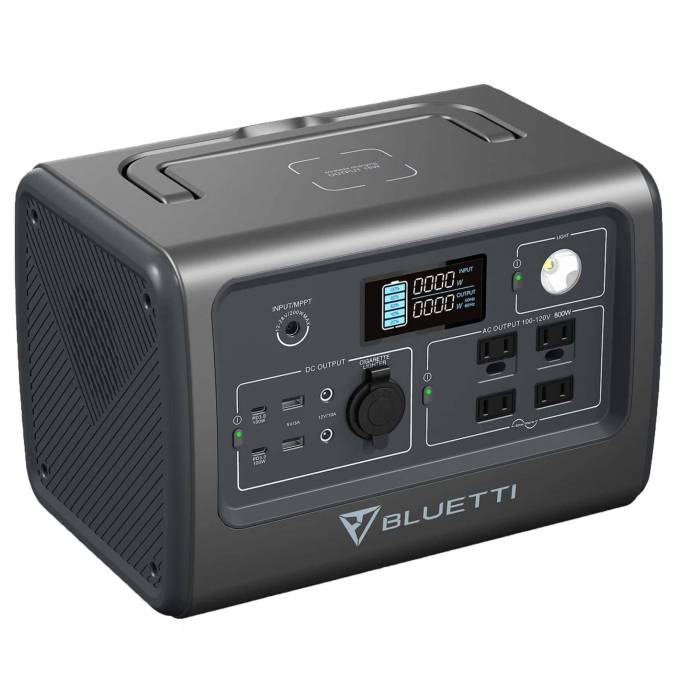 Crowdfunded brand Bluetti from 2020 is back with a new gadget, the EB70 Power Station ($760). The EB70 has a massive 716Wh capacity and an 800W power rating. It has two 110V AC outlets, two 100W PD ports, two USB ports, two DC outputs, a car socket for auto appliances, and a 15W wireless charging pad. It can be recharged fully in 3-4 hours from a wall outlet or solar panels or 7-8 hours from a car port. A built-in Battery Manage System prevents overheating and short circuits as well. There’s even a built-in flashlight — because why not? 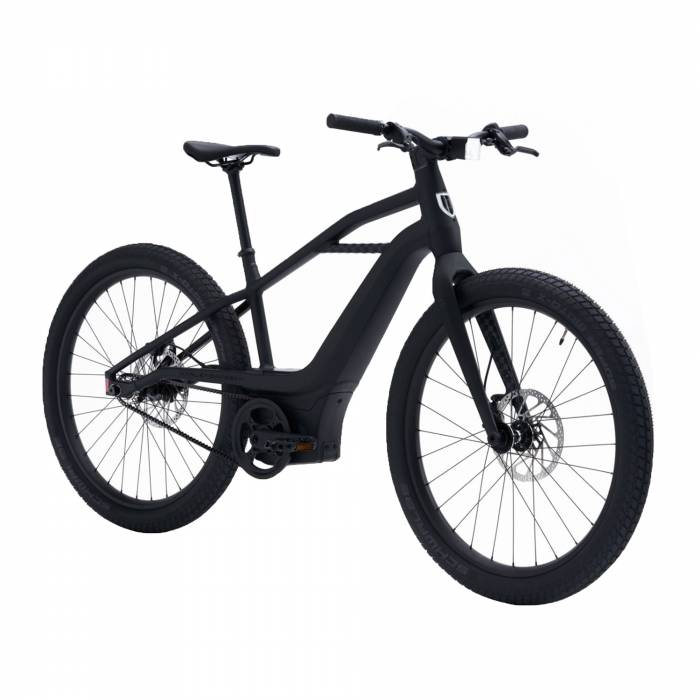 While not something that debuted at CES, e-bikes are full of tech — and this announcement is worth sharing. Beginning yesterday, Serial 1 has expanded its North American market to include customers in Canada. Serial 1 E-Bikes (starting at $5,100) are now available at Harley-Davidson dealers in British Columbia, Alberta, Ontario, and Quebec, Canada.

Take a peek at emerging products from the sometimes cutting-edge, sometimes quirky world of gear design.

This week, we look at new tech that debuted at the Consumer Electronics Show. CES, held by the Consumer Technology Association, showcases innovative products and breakthrough technologies in a variety of fields.