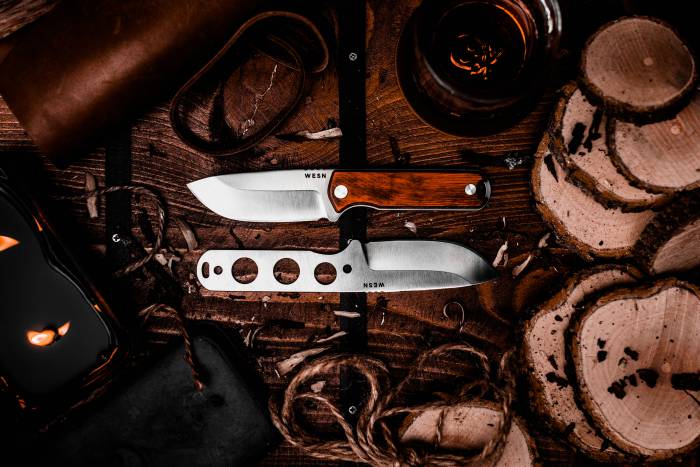 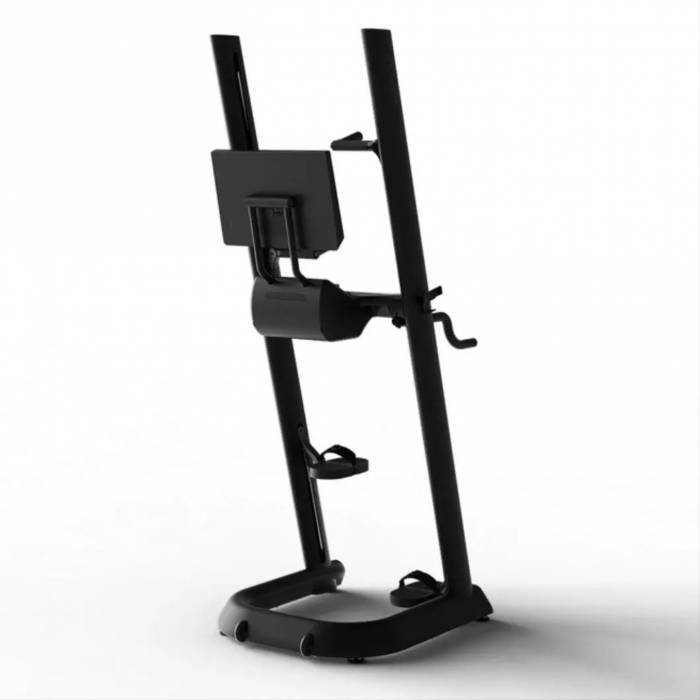 Home workout equipment is all the rage right now. But stationary bikes and treadmills take up lots of space and dominate the rooms they occupy. The CLMBR boasts a full-body muscle workout in a slim, minimalist machine. Users grab the handles, step onto the pedals, and, well, “climb.” The brand claims the action is low impact, high output, improves cardio strength and caloric burn, and works out the entire body. And with a footprint of 32 x 35 inches, it eats up a little less real estate than traditional workout machines. The latest 02 version ($2,795) is equipped with a high-res LED display, from which users can access live, dynamic coaching and classes. 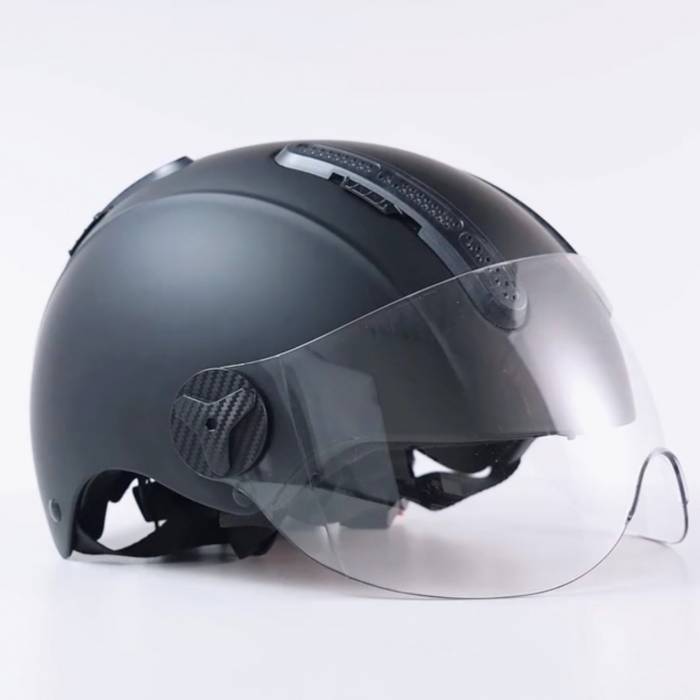 Artificial intelligence, Bluetooth, and sunglasses all baked into one helmet? Yes, that’s right. The Hsting helmet ($65 early-bird price on Kickstarter) connects to your phone and uses built-in real-time speech recognition, so you can bark out commands and your phone will respond. The one-touch Bluetooth pairing allows for hands-free operation. And it includes a built-in visor that drops down to protect your eyes. 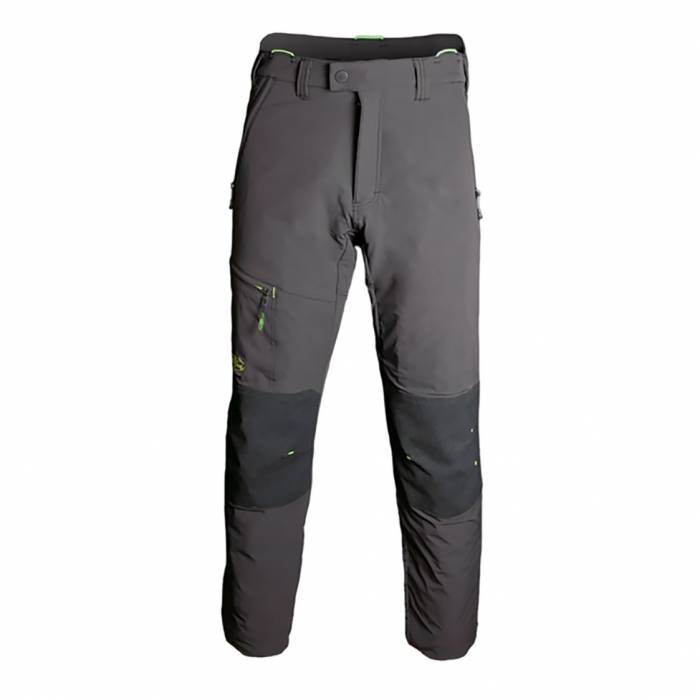 Working with chainsaws is dangerous. That’s why Arborwear came out with its new Dogwood Chainsaw Pants ($260). That’s right, they’re pants that protect you from chainsaw blades. And the Dogwood is the lightest-weight, best-fitting, and most protective chainsaw pants the brand has dreamed up. They’ve got 360-degree leg protection with wraparound pads designed to deflect a chainsaw’s blade. On top of that, they’re water-repellent, stretchy, and temperature-regulating. 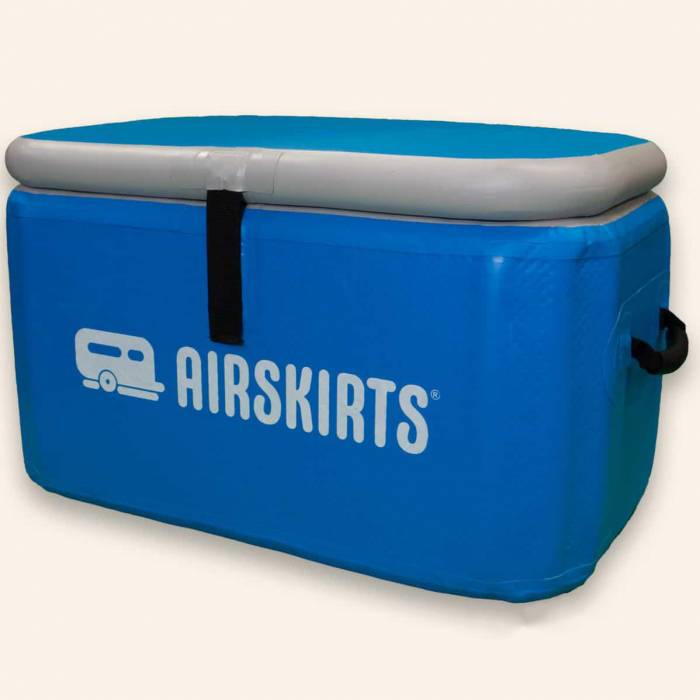 Coolers can take up a lot of space in a car or camper. They’re bulky, and some of them can be heavy to lug around. But the AirSkirts inflatable cooler ($299 preorder, $399 MSRP) addresses both inconveniences — it’s a cooler that inflates like a paddleboard, raft, or an RV air skirt. The 58-quart cooler weighs under 10 pounds and comes with a manual air pump and a storage bag. It packs up smaller when deflated and insulates when inflated. 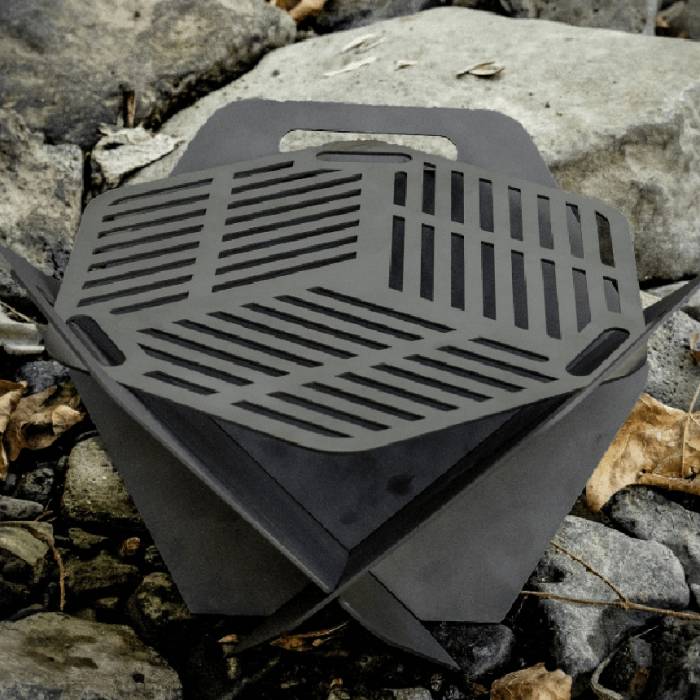 Grilling is the ultimate form of cooking meats, vegetables, or anything, really. But carrying a grill out into the wild isn’t the most feasible means of cooking in the wilderness. The PACOFIRE ($54 early-bird price on Indiegogo) aims to change that. This four-piece, foldable titanium grill fits in a backpacking pack — or into an A4 envelope if need be. At 500 g, it weighs less than a can of beer and opens up wood-fired grilling in the backcountry. 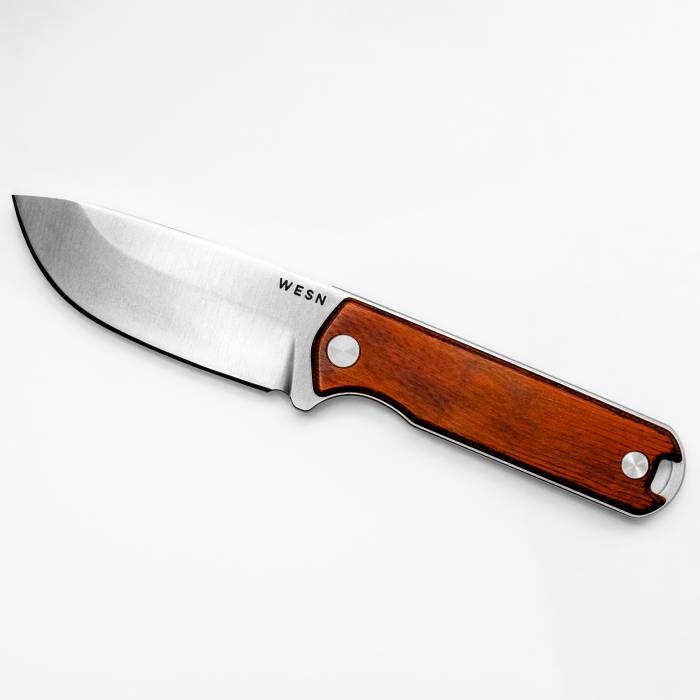 “Urban backcountry” is the latest trend in everyday carry, at least according to WESN. The Boras is a knife the brand claims will “change the narrative” of fixed blades. Specifically, this 2.75-inch, S35VN blade (6 inches overall) is meant to wear as a belt or neck knife for “craftsmen and artists of every kind.” Available with either a G10 or wood handle, the Boras offers a beautiful, bold look for folks outside the backcountry, but that’s exactly what WESN is shooting for. Grab one for early-bird pricing, starting at $110, on Kickstarter now. 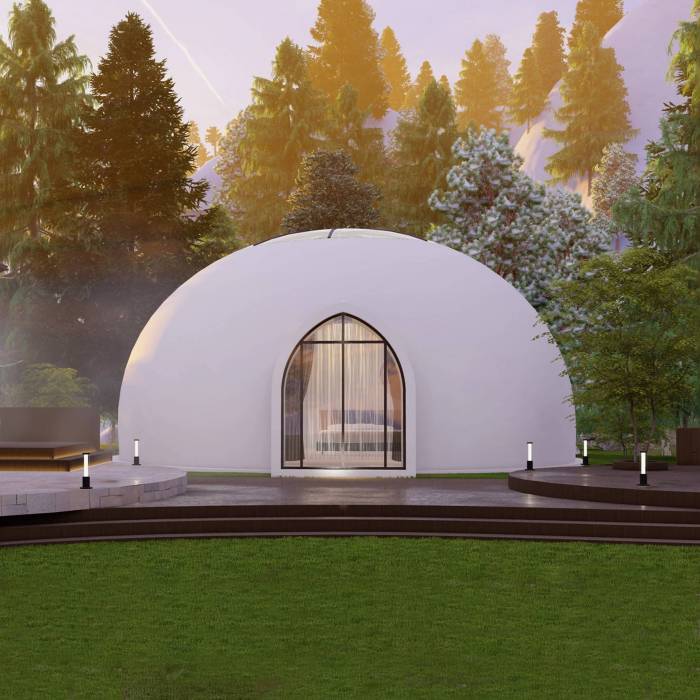 “Comfortable cocoons, nestled in nature” — that’s the sales pitch that has raked in more than $1 million for the Oculis Lodge crowdfunding campaign. This domed, luxury retreat offers a 15-foot skylight, jacuzzi, workout area, sauna, fire pit patio, and fully furnished interior. Situated near Mt. Baker in the Pacific Northwest, Oculis Lodge advertises easy access to resort skiing, mountain bike trails, kayaking, hiking, and more. A far cry from roughing it, a night at the Oculis will cost north of $500 per night — but you can get early-bird pricing now on Indiegogo. 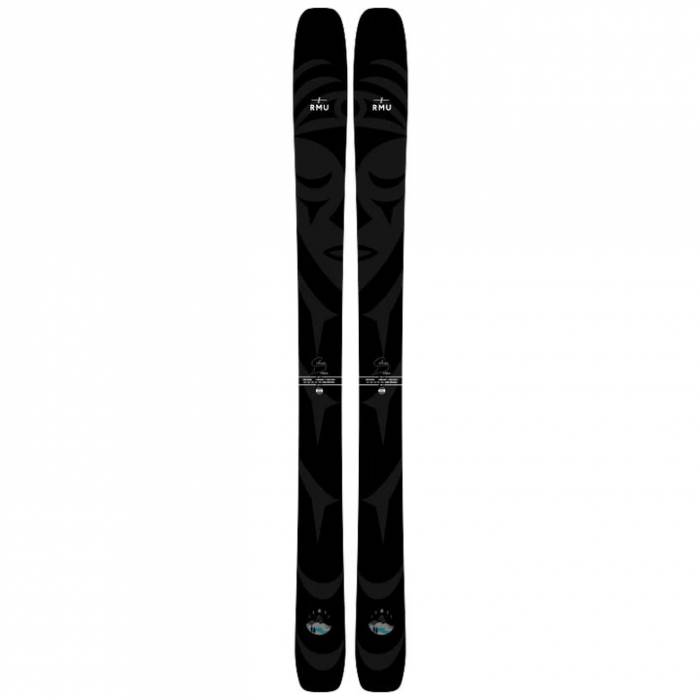 The RMU North Shore ($849) has been a cornerstone of the brand’s ski lineup for several years. But for 2022, the brand revamps this iconic model for skier Alex Armstrong, who lives in the Whistler area. The 114mm underfoot North Shore aims to be a “big-mountain Swiss army knife.” Beyond a classic early-rise and camber design with a poplar core and beach mount plate, the ski supports a partnership with Indigenous Women Outdoors (IWO), a local Indigenous- and female-led organization. IWO helps Indigenous women connect with the land and each other by creating safe opportunities that eliminate barriers to getting into nature. All profits of this ski will go toward IWO’s programming. 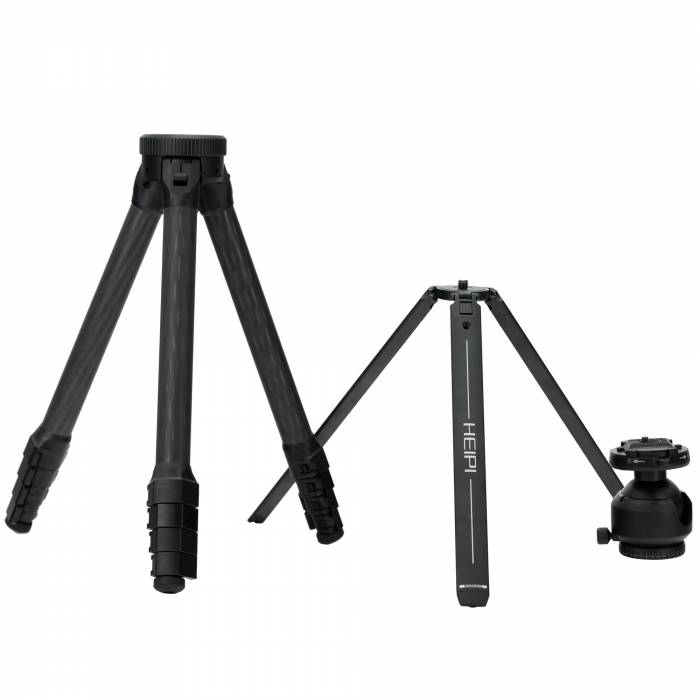 Travel tripods come in all shapes and sizes, but HEIPI’s 3-in-1 travel tripod ($319 now on Indiegogo) might replace almost all of them. A three-pillar center column provides stability but is still designed to be compact and portable. It also allows the tripod to break into two separate, different-sized tripods, with different modes for shooting. The carbon fiber material is designed to have a solid load capacity to hold a camera. If bulk and weight keep you from bringing your tripod into the backcountry, HEIPI might be an emerging solution to your photography problems. 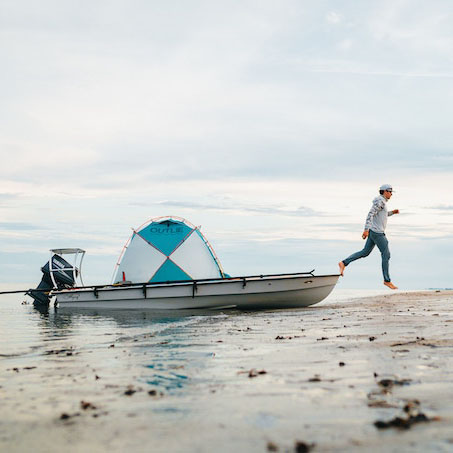 Now raising funds on Kickstarter, OUTLIE Skiff Tents ($1,850) aims to be “the world’s first tent specifically designed for a flats skiff.” The concept looks pretty cool: a camping tent that you pitch right on the deck of the skiff. That said, it has a pretty lofty Kickstarter goal of $300,000. The campaign just launched, so the level of interest and support in the coming weeks should be telling as to whether this one gets off the ground.