On Tuesday, Environmental Protection Agency administrator Scott Pruitt, in conjunction with the Army Corps of Engineers, issued a proposal to rescind the Clean Water Rule put forth by the Obama administration in 2015.

The rule, which defined the Waters Of The United States (WOTUS), expanded federal clean water protections for countless streams and wetlands. The Clean Water Rule clarifies the definition of waterways protected under the Clean Water Act of 1972.

In a statement, Pruitt announced the decision to abolish the rule:

“We are taking significant action to return power to the states and provide regulatory certainty to our nation’s farmers and businesses,” he said.

“This is the first step in the two-step process to redefine ‘waters of the U.S.’ and we are committed to moving through this re-evaluation to quickly provide regulatory certainty, in a way that is thoughtful, transparent and collaborative with other agencies and the public.”

WOTUS And The Clean Water Rule 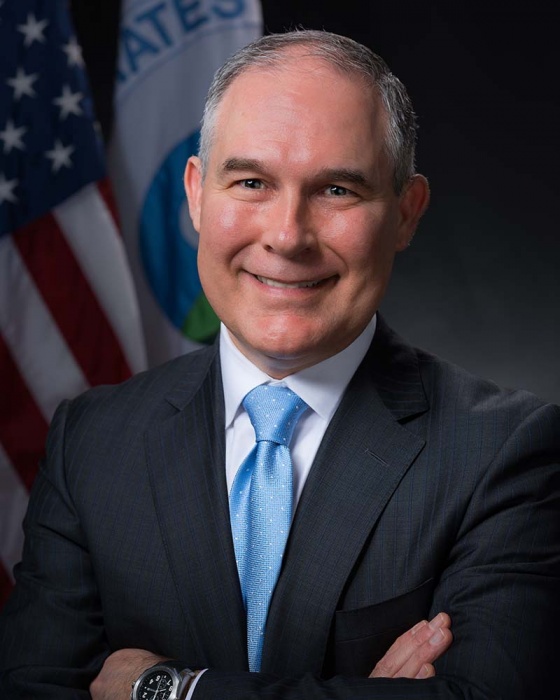 “This proposal strikes directly at public health,” said NRDC president Rhea Suh. “It would strip out needed protections for the streams that feed drinking water sources for one in every three Americans.”

The NRDC cited a county-by-county analysis by the Environmental Working Group that found 117 million Americans, roughly one in three people, receive their drinking water from small streams and tributaries. Those waterways were the focus of the 2015 Clean Water Rule, which defined the scope of the Clean Water Act.

On his first day in office, Secretary of the Interior Ryan Zinke did away with President Obama's lead ammunition ban. Read more…

It’s unclear how Pruitt and the EPA will “redefine” WOTUS. The Clean Water Rule was itself put forth to define protected waterways and clarify the protections of the 45-year-old Clean Water Act.

But the move will likely stoke further opposition to the current EPA head. Pruitt has publicly come under fire for his rebuke of clean energy and climate change initiatives. In April, a 25-year-veteran of the EPA, Michael Cox, resigned with bluster (and internet fame) over Pruitt’s policies:

“I have worked under six administrations with political appointees leading EPA from both parties. This is the first time I remember staff openly dismissing and mocking the environmental policies of an administration and by extension you, the individual selected to implement the policies.”

We will update this story following any changes to the Waters Of The United States.