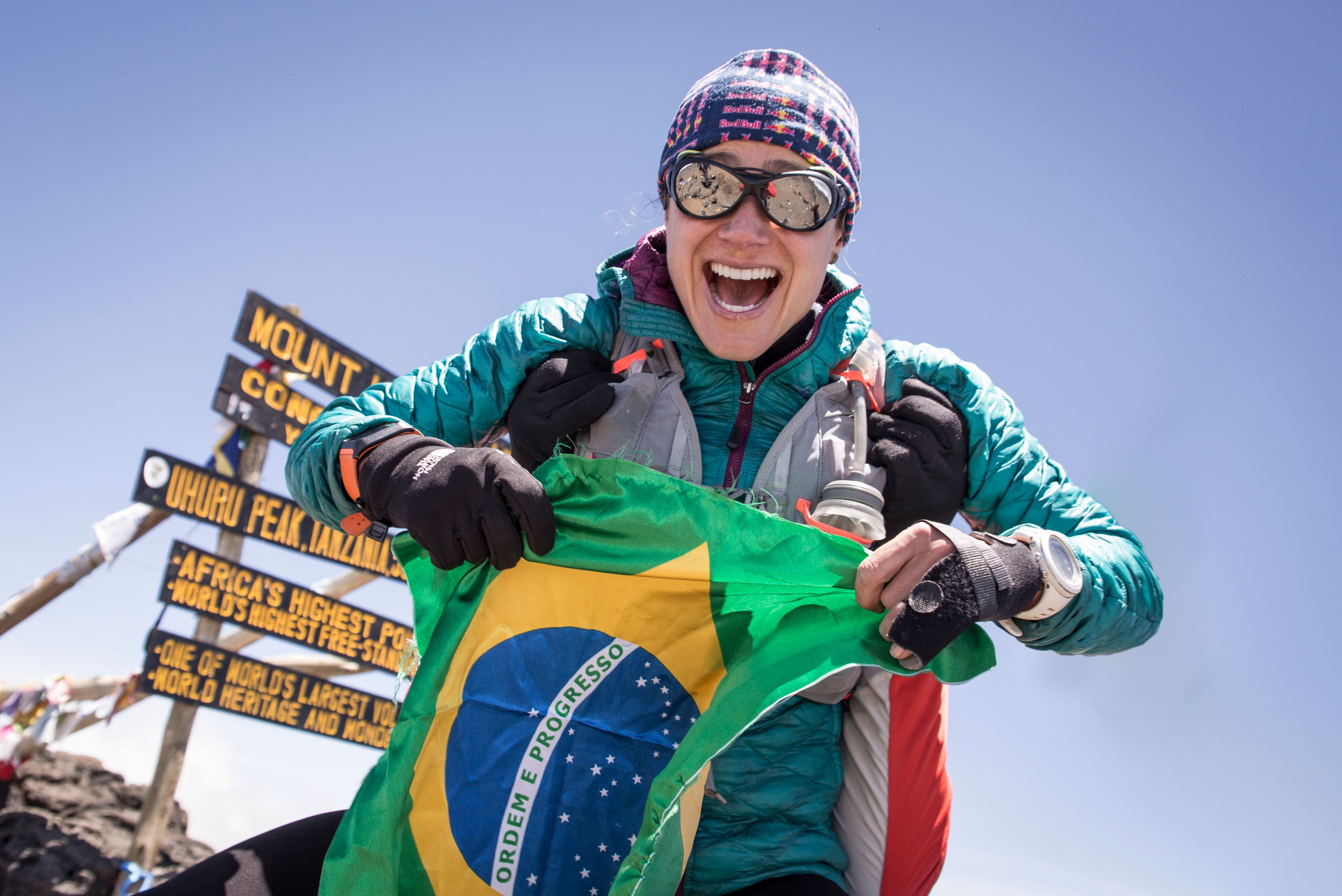 No woman has ever run up—and back down—Kilimanjaro’s towering 5,895-meter peak faster than 37-year-old Fernanda Maciel. 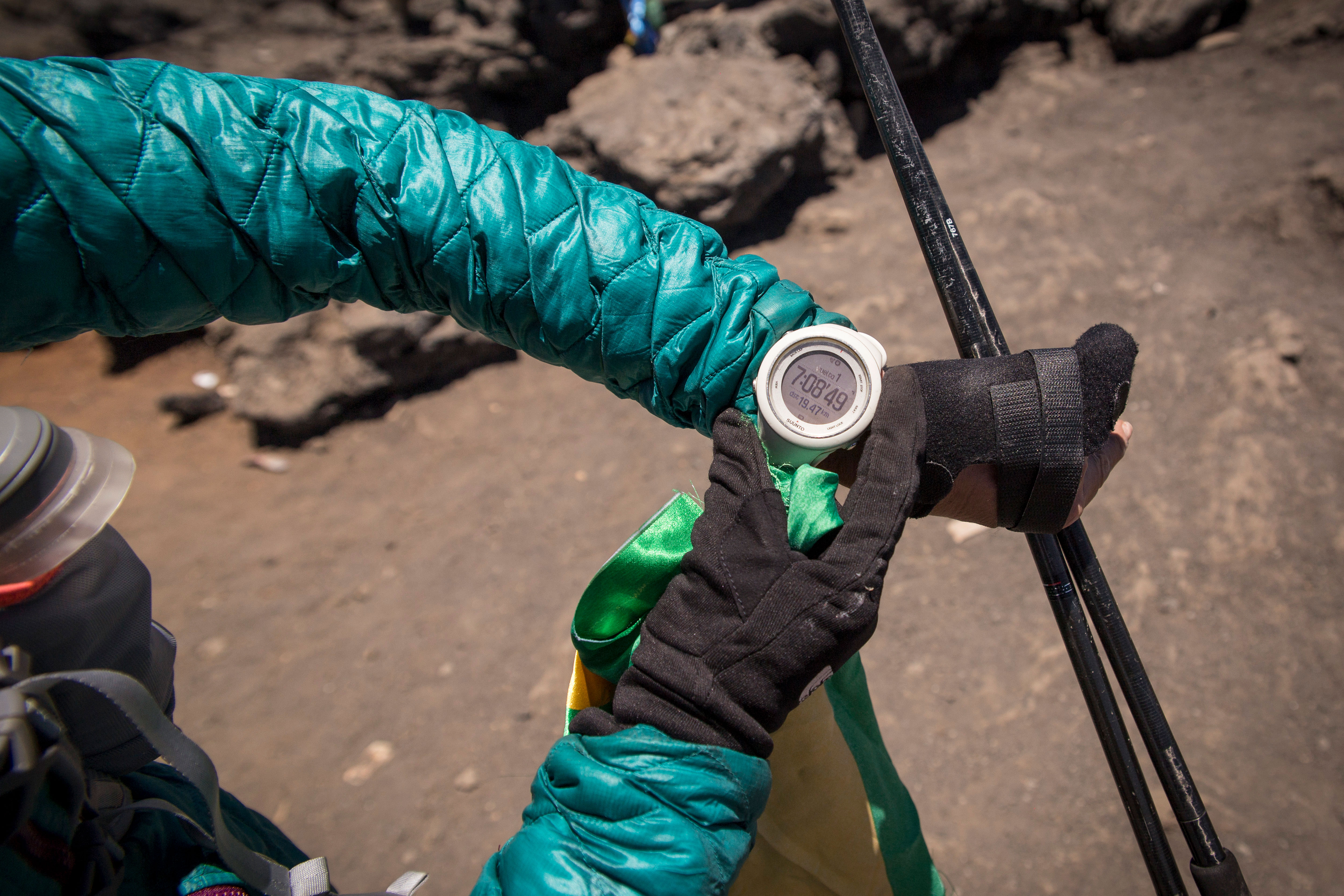 The blistering trek along Africa’s tallest mountain on Sept. 26 marks the latest in Maciel’s growing list of incredible achievements.

Another notch in her belt, Kilimanjaro became the fifth piece of Maciel’s “White Flow” campaign. Now three years old, and with no set completion date, White Flow is Macie’s vehicle for knocking off ultra endurance records, each of which benefits a cause. 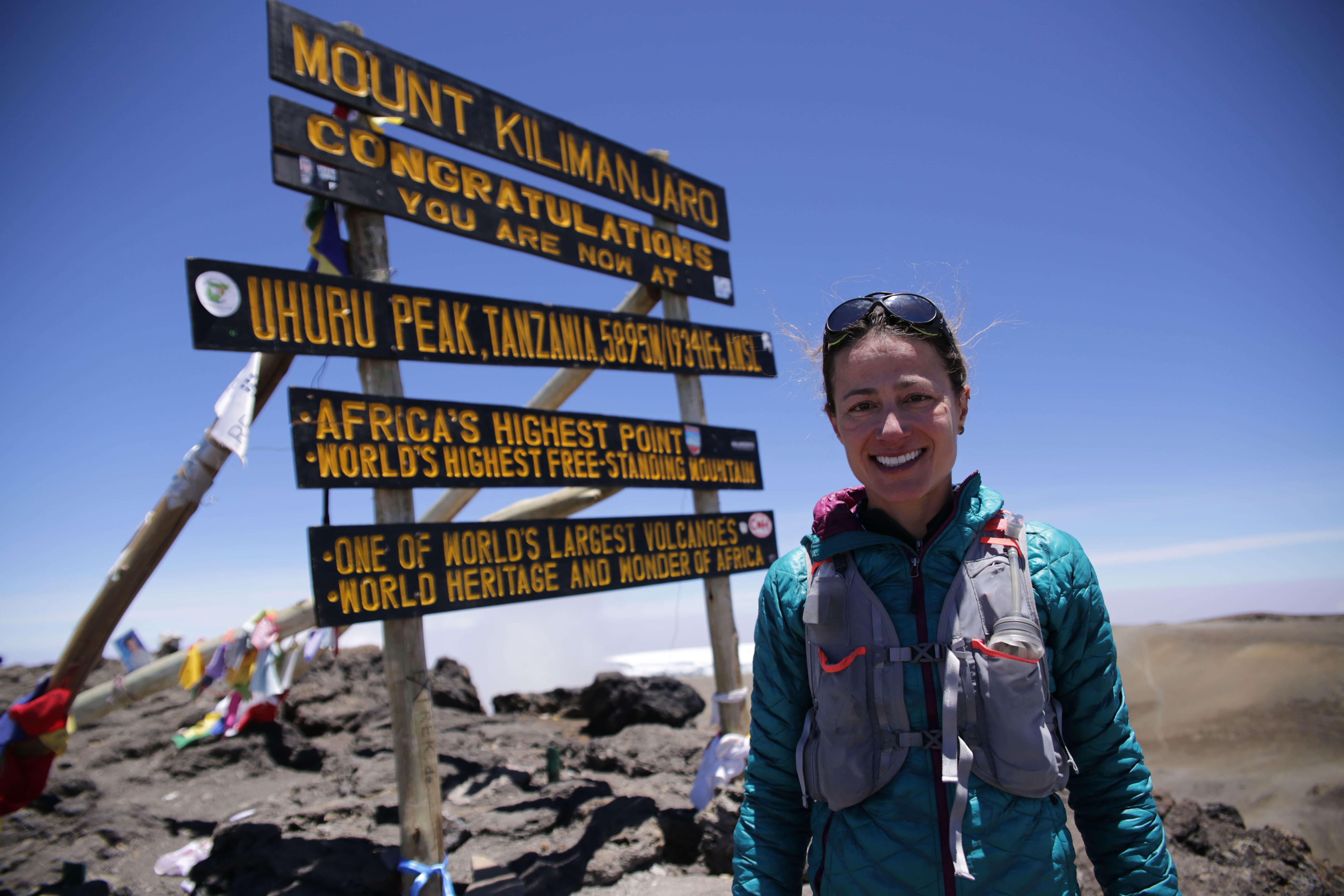 Her Kilimanjaro route from Umbwe Gate to the summit and then down
to the Mweka Gate benefitted the Kilimanjaro Orphanage Centre. Maciel not only raised money, but she visited the orphanage and brought supplies.

Last year, Maciel became the first woman to speed up and down the highest point in the entire western hemisphere in a single day. She tackled the 22,841-foot Aconcagua in 22 hours 52 minutes. Leading up to during the run, she promoted packing out and recycling refuse in Aconcagua National Park. 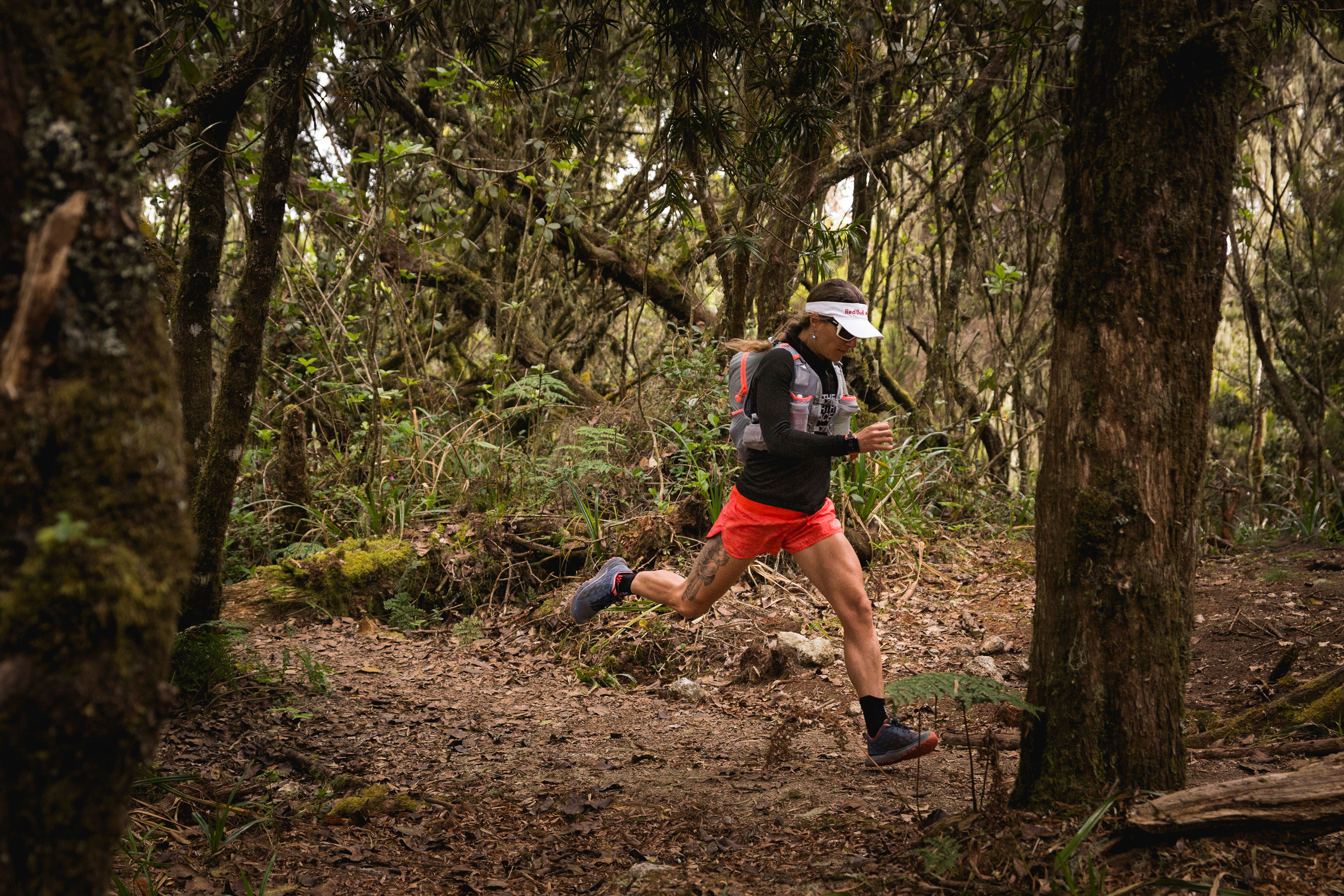 It all started in 2012 when Maciel ran the 534-mile Camino de Santiago de Compostela self-supported in 10 days. And many recognize her as the first woman to run the centuries-old route.

She also ran the 100-mile Everest Trail Race, with nearly 100,000 feet of elevation gain, in six days. She then brought awareness to poverty in her home country of Brazil by running through the most dangerous “favelas” (neighborhoods) from the town’s lowest point to its highest. 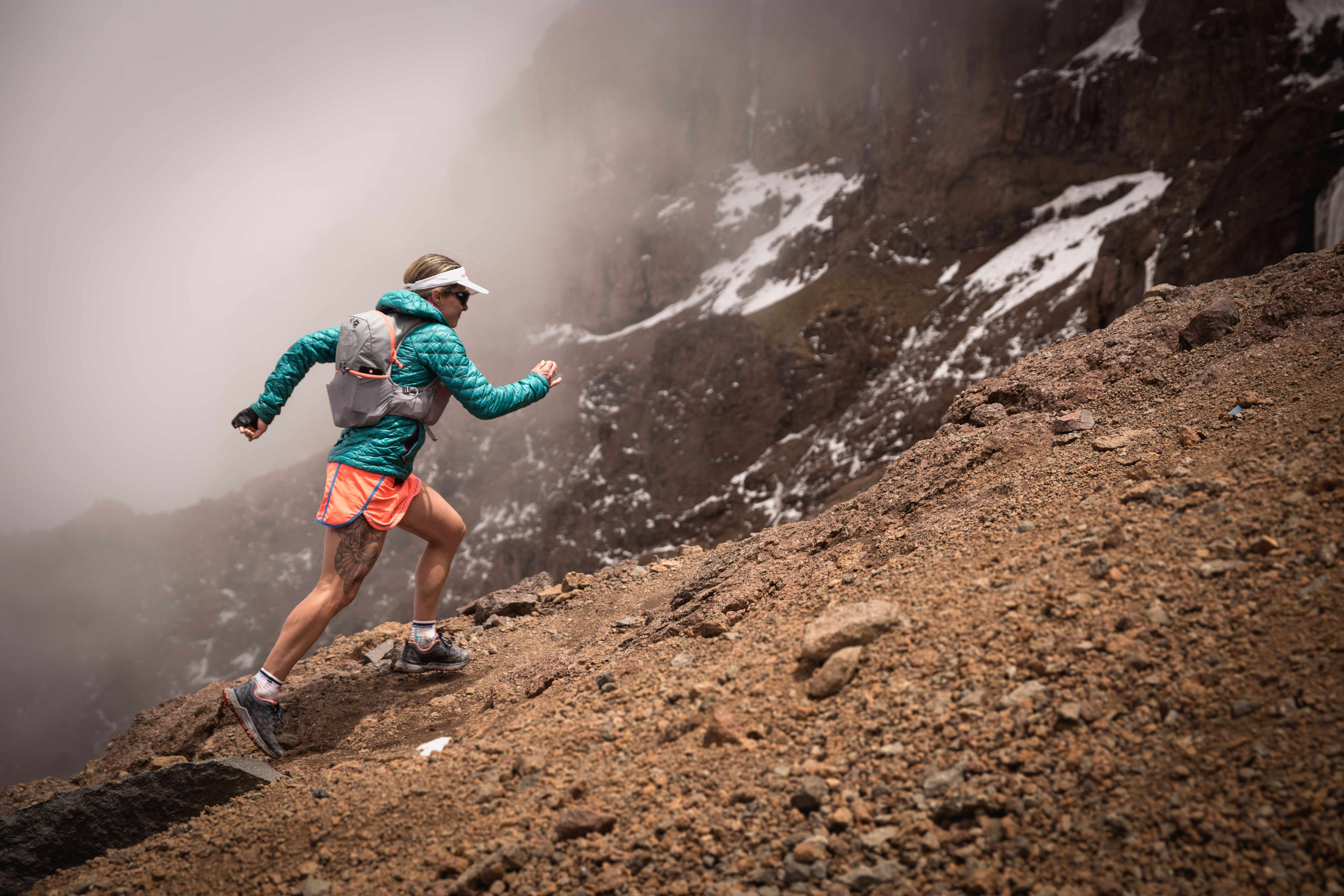 Certainly, our respect and congrats to this remarkable athlete! We look forward to the achievements and impact Fernanda Maciel has in store. To see what’s next for her and the White Flow campaign, follow her on Instagram.

Up Next: Watch the Moment of Impact In Withheld Yosemite Rockfall Footage