The just-announced Fusion camera is said to capture every angle simultaneously ‘as though you had six GoPro cameras fused into one.’ 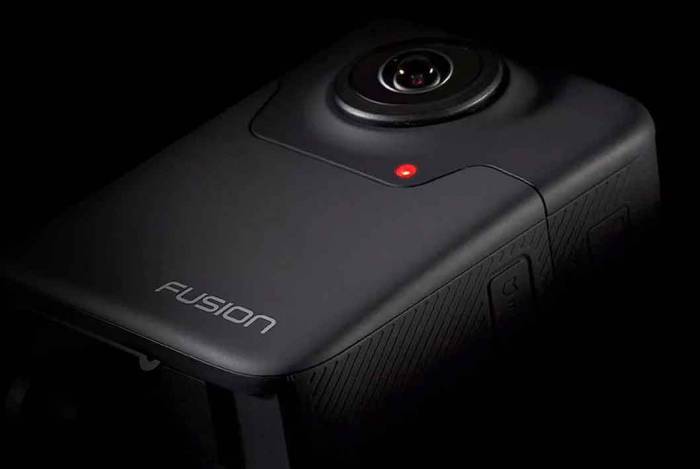 GoPro revealed a new camera today, the Fusion. It does not resemble the brand’s flagship action cameras, nor does it function the same.

The Fusion is made to capture virtual-reality content as well as non-VR video and photos. It does this via a wide “spherical” lens and huge 5.2K resolution.

“Imagine never having to worry about framing your subject,” writes Jess Foley, a GoPro product manager. “Thanks to Fusion, our users will be able to record their moments in all directions and then go back and choose the composition they want.”

The company calls this “OverCapture,” or reframing. “It’s like having a camera team with you when you shoot capturing your primary and b-roll footage. From there, you have the flexibility in post-production to pick and share all sides of your story in conventional HD,” Foley continued.

Elaborating, GoPro founder and CEO Nicholas Woodman was quoted saying the camera has “the ability to capture every angle simultaneously… as though you had six GoPro cameras fused into one.”

Other companies refer to this kind of camera feature as 360-degree capture. GoPro avoids the 360 term in its press release on the Fusion.

GoPro Fusion: Not Available To Public (for now)

Pricing is TBA, and the Fusion comes to market this summer, though not for the general public. For now, only professionals can apply to participate in a pilot program to own and capture video with the new kind of GoPro camera.

The company released a video shot with the Fusion camera called “Relive Reality,” see above.

It is a 360-degree video with JT Holmes, Jeb Corliss, and scenes where you can click, drag, and shift reality on the screen thanks to GoPro’s spherical view.

–See more about the GoPro Fusion.

Up Next: Altra’s First ‘Smart Shoe’ Will Change The Way You Run