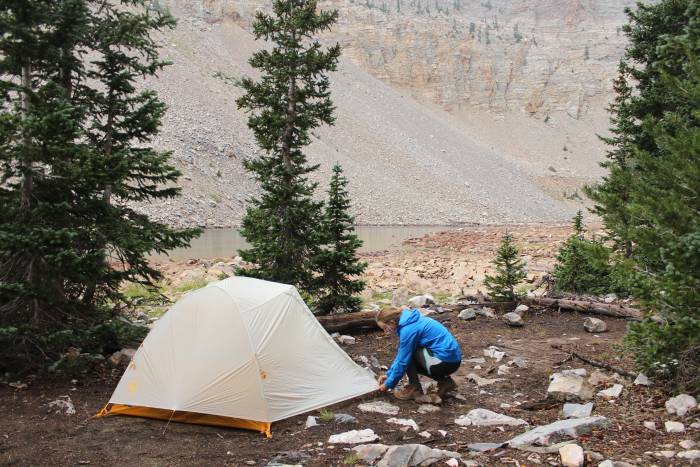 We didn’t know it was a thing. But now that we do, we’re totally gonna try to beat it.

It’s not often you find yourself glued to the Laramie Boomerang for breaking outdoor news. But last week, the local Wyoming paper featured a quirky story that caught our attention: “Laramie Couple Breaks World Record for Fastest Tent Setup.”

In December, after almost a year of waiting, Elizabeth and Daniel Minton heard back from Guinness World Record judges that they held the new record for “fastest time to erect a two-man tent by a team of two.”

We had no idea fastest tent setup was a real Guinness record. And because we all pride ourselves on our ability to pitch a tent — rain or shine — efficiently, we were initially impressed. But as we read deeper into the alleged feat, the record became increasingly bizarre.

Then we saw the Minton’s time — the world’s fastest ever: 1 minute 7 seconds. And we thought, “Wait, is that fast?”

“The first couple of runs … we were rushing but not really accomplishing anything,” Daniel Minton told the Laramie Boomerang. “I would say our main strategy was to be organized and to have a plan of knowing exactly what we were doing, in what order and who was doing each step.” 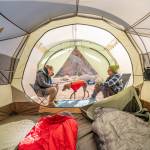 The Best Camping Tents of 2023

That’s sound advice for any outdoor pursuit. And it stands to reason the Mintons would own this record. Elizabeth, who hatched the idea to pursue the record, told the Boomerang she started backpacking when she was a child.

“We set up tents in hail and rain, and you get experience with it after a while,” she said.

But as it turns out, that doesn’t really have anything to do with this record — not by a long shot. Check out the video below with snippets from the couple’s record-setting attempt.

That is an office building.

How to Make a Guinness World Record

According to the Mintons, the hardest part of a nabbing a Guinness record wasn’t the act itself. It was all the hoops one has to navigate to get a thumbs-up.

“That’s why we got the record in January and it finally got approved in December, because you have to go through such a long process of having everything approved and then redoing things and re-having it approved,” Elizabeth said.

To qualify for the record, the Mintons had to start with a stuffed tent and pitch it and the rainfly, but no stakes. The only stipulation on the tent was that it could not be a pop-up. Once they pitched it, they then had to get inside and zip the door shut.

Then came the hard part. The couple had to submit photographic and video evidence, along with sworn witness testimony. And that was only after they auditioned to attempt the record.

Even then, the attempt was almost rejected because the Mintons’ video was 10 seconds shorter than the required minimum. But when it was all said and done, the two realized Elizabeth’s bucket-list dream of making a Guinness World Record.

And we are excited to break it. Stay tuned.