When you think of Harley-Davidson, you probably think of leather jackets, shiny chrome components, and that iconic V-twin engine and throaty roar. But now, Harley is shifting gears to bring a completely different type of bike to market: an e-bicycle.

In October, the brand announced it would be making e-bikes, but it didn’t give details. Now, the juicy specs for Serial 1’s first four models are finally here.

The models include the RUSH/CTY (its flagship commuter model), RUSH/CTY SPEED, RUSH/STEP-THROUGH, and MOSH/CTY. 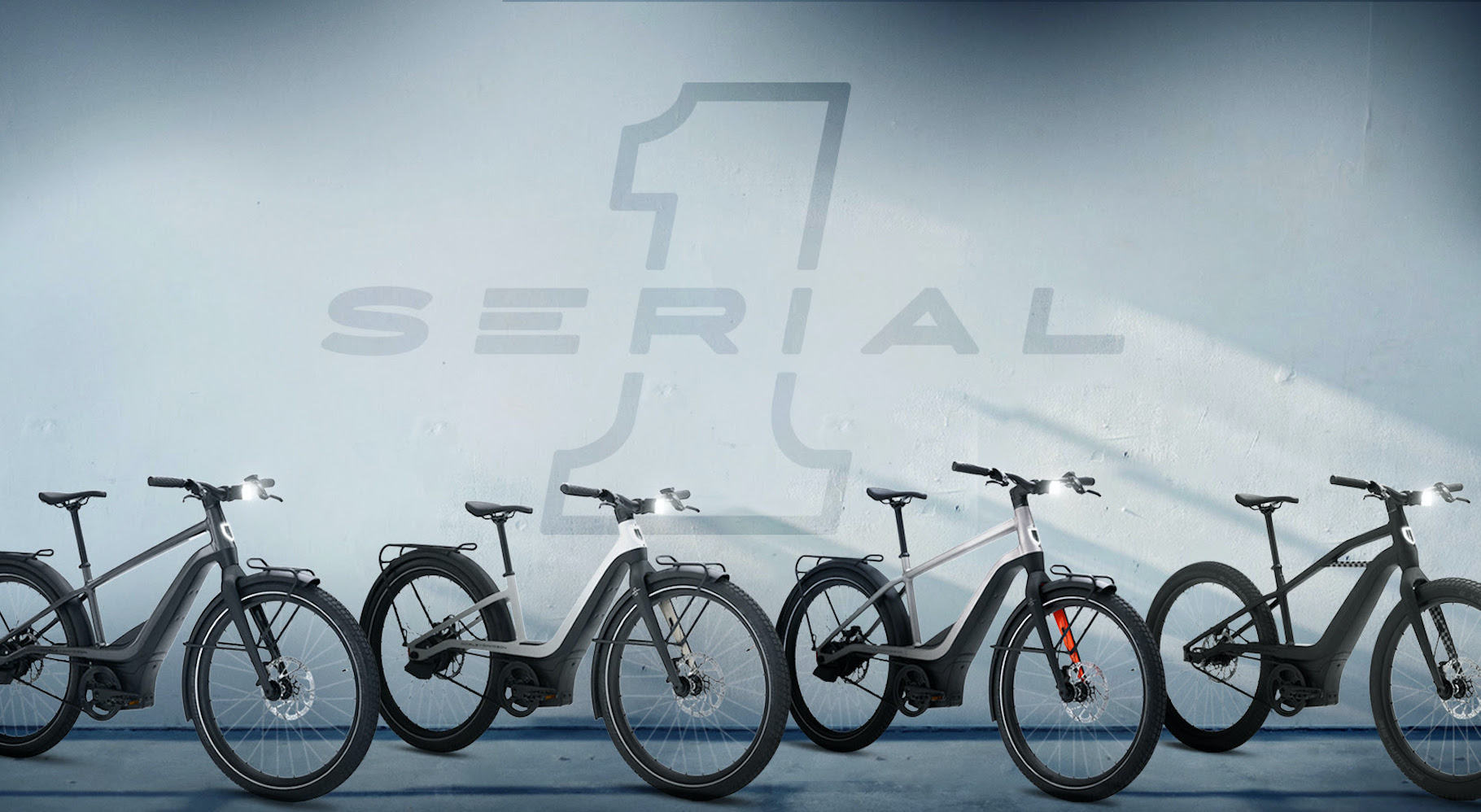 The MOSH/CITY bike is Serial 1’s single-speed urban bike. It will top out at 20 mph (with assist) from the 250W motor. And the 529Wh battery will take a full charge in 4 hours and 45 minutes with an advertised range between 35 and 105 miles depending on the mode and terrain.

The RUSH/CTY is a full-featured commuter with an odometer display, storage compartment, and four-piston-caliper disc brakes and auto-shifting hub. It also tops out at 20mph assist and boasts a longer range, 115 miles, thanks to a burlier 706Wh battery (which requires 6.5 hours to fully recharge).

The RUSH/STEP-THROUGH is similar to the RUSH model, but with the smaller 529Wh battery (up to 90-mile range) and redesigned step-through frame.

And last but not least the RUSH/CTY SPEED, which, for another $500, will get you electric pedal assistance up to 28 mph (with the same 706Wh battery and no added weight). For this, Serial 1 upgraded the motor to a Brose TF Mag.

The first models will ship in March 2021. Find the latest updates here.

Best EDC Pairs of 2020: Flashlight & Knife Combos for Every Budget

For more than 10 years, I have made recommendations for pairs of lights and knives. The idea is to get someone up and running with an EDC kit for as little money as possible. These are the best EDC flashlight-and-knife pairings of the year. Read more…

Up Next: Want $10K and a New Mountain Bike? Move to Arkansas

Saving…
Want $10K and a New Mountain Bike? Move to Arkansas
Hate Crowds? This Gear Vending Machine May Be the Best Way to Shop
×