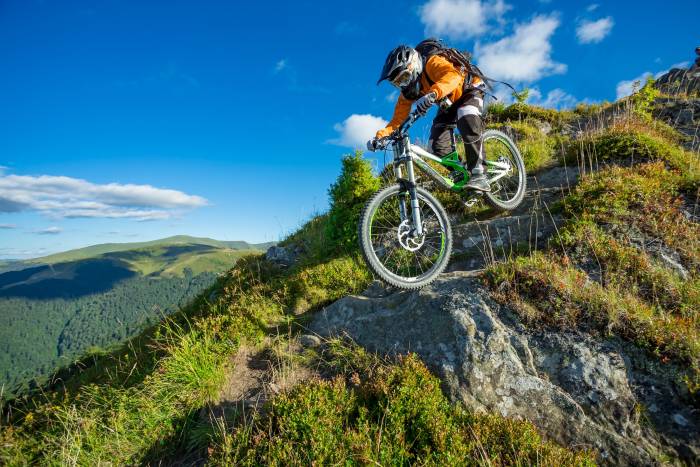 Want to get into gravity/downhill mountain biking but can’t justify a purchase that typically requires you to reveal your credit history?

Yeah, me neither. But, like you, that doesn’t stop me from daydreaming about big sends and deep loam.

I didn’t know diddly about downhill riding when I went to my first Red Bull Rampage. Then after just a few hours of watching it all happen, I was hooked. How could I stoke the brooding, dark fire, and gaudy, eruptive psych of the pros? How could I find the elusive validation that seems to reverberate from those who ride this magnetizing, terrifying style?

Well, the answer looked obvious: Do it. Learning through primary experience was clearly the way. But with a steep learning curve and a substantive equipment threshold, the big question was equally obvious: How?

I thought about my other bikes and partials. There are the $100 finds on Facebook Marketplace I’d Frankensteined together with donations of throwaway parts from friends, then pridefully ridden with a poisonous view toward top-end gear. During my entire adult life, mostly lived as a dirtbag rock climber, I’d shunned pricey gear. I considered it elitist and distracting.

Forget the stuff you have, I thought, go do cool things; that’s what counts.

Now, to do the cool thing at all, I’d need the right stuff. And for the first time in my life, I couldn’t cheapen or fake it.

So I did what any other over-stoked, under-resourced, PBR-swilling, downhill mountain biking aspirant would do: I opened my computer and got on the internet.

Here are the results.

Let’s be realistic. You’re not going to get into a sport where the main equipment costs as much as a solid used car without some buy-in cash. And to get psyched about spending that cash, a little inspiration can help.

Basically, I used psych as a survival tactic for two tasks:

Anyone who’s made a major purchase knows the adrenal stimulation that comes along with it. At some point, it’s more than a few bucks. But we’ve covered that, so I’ll move on to the other reason you’ll want the psych: the complexity of finding the right fully suspended bike.

Despite being simple machines by definition, bicycles are complicated. And modern suspended mountain bikes are the most complicated of all. For the average newcomer, developing the acumen to even know what you’re looking at can feel exhausting — let alone figuring out what’s going to work for you or how it’s going to work. Even if it’s just tuning the suspension of a used bike, there’s still a lot to learn.

I found that to maintain traction, I needed some creative inspiration.

Riding is more fun than wrenching — remember that. So you’re gonna want to mix in plenty of slasher stoke content along your path. (Don’t forget this. It’s also important to keep yourself from becoming insufferable.) 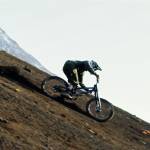 The video is NOT full of groomed berms and bike lifts. This is the "Wild Wild East", where no mountain bikers have ridden before. Read more…

If you’ve already got your inspiration, great. If not, I would consider the Rampage lineup a good place to start. It’s a who’s who of the world’s best freeride, downhill, and slopestyle riders — check out their clips and go from there.

Where Do I Live and What Do I Look Like?

Appropriately amped on Sum 41 playlists and pro Andreu Lacondeguy footage, I texted some friends who were already in the game.

“Ok, I’m over-stoked on downhill mountain biking. Have no money. Any ideas?”

The first reply I received probably helped my thinking the most.

“Where we live, an enduro rig is better.”

Bare-bones as it was, the advice drove home one key concept: buying a bike you can’t ride where you live is pointless.

The reason a pure downhill mountain bike wouldn’t work for me is I’m in Austin, Texas, and there’s not enough pure downhill terrain here to make it worth it. Downhill bikes are heavy and cumbersome to climb with.

So I looked at enduro bikes because they’re more agile. I’m going to spend a lot of time riding on the flat or uphill or carrying my bike up hills I can’t ride. Whatever you do or don’t know about Texas, I bet you can guess how few ski lifts there are here.

On reflection, I realized this principle might be more or less universally true. Statistically, it’s very likely you live closer to a trail than a ski mountain. Even if you can get out to the big drops frequently, you’ll probably ride hills less epic more often.

Considering that, the biggest difference between downhill and enduro rigs other than weight is geometry. It’s the aspect of a bike every gravity rider should consider most closely. That’s because the bike needs to fit you and your ride preferences closely enough for you to feel connected to it and to the trail through it.

Riding a bike that’s too big or puts you too far out over the front axle can breed fear on downhills. You’ll end up with a tippy, unstable sensation. A bike that’s too small can make you feel like a clown pedaling a tricycle uphill. Too long, and you’ll feel like you’re trying to whip corners in a limo; too short, and steering inputs will be on a hair trigger.

For a primer, check out this explainer from GearJunkie’s Mark Wilson, in which he covers the principles thoroughly. 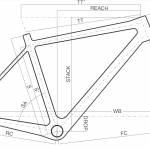 Bike Geometry Explained: Understand What You Need and Why

The second idea my friends hit me with when I told them I was psyched: Let’s go to the downhill mountain biking park next weekend.

Doing exactly that worked wonders. I visited Spider Mountain, a lift-accessed downhill park not far from Austin. I made plans with my crew, paid for my lift ticket (under $30), and arranged to rent a bike, helmet, and pads through the park.

A post shared by The Dirt Therapy Project (@dirttherapyproject)

I finished the day with three key takeaways:

In essence, those three bullet points form the basis for why I recommend you try before you buy.

First of all, there’s no way you can be certain whether you’re going to like something before you actually do it. As a rock climber, I’ve seen this lots of times: The Alpinist or Free Solo blows somebody away, but then they get on a rope and find out they’re scared of heights.

So, if you think you’re going to like downhill riding, find a place nearby where you can do it and then go do it.

Extra points if that place will rent you equipment. Because I got the opportunity to try a couple of different bikes throughout the day, I got a better idea of what size bike would feel comfortable to me. I also got to wrap my brain around other spec nuances — for instance, I now know that HT Components pedals feel very grippy if you wear Vans to ride.

And you know what? None of it will matter if you don’t love what you’re doing. I’m grateful that I got the chance to ride with some of my favorite people on my first day out. But I also required vindication that I would connect with it in my own way.

I arrived at the park with two goals: crash and crash again. I accomplished both (and then some), and as I sat there afterward, nothing made me more sure that I was willing to invest in the sport than this one thing: the fact that I had spastic thighs and half a right palm and I still couldn’t wait until the next time I got out.

As I sat in the ongoing afterglow of my first day of downhill mountain biking, I realized that it would probably still be a while before I got my own bike. I wasn’t in the position to spend several thousand dollars on anything, let alone a new, injurious pastime.

However, what I could buy right away was a BMX bike.

It ain’t freeride, but you can find plenty of similarity in the skillsets you’ll need for both BMX jumping and downhill MTB.

Pump tracks can be your friend as you teach yourself how to control your bike with your body (rather than with the “controls” like the pedals and brakes). And if you want to get into sending big gaps, you’d probably better start with a few small ones first.

For me, BMX also checks the “do it local” box. The dirt park 10 minutes from my apartment has been in Austin longer than I have. And at even closer range, there’s nothing stopping me from goofing off in my parking lot after work (read: bunny hopping, doing stair sets, working on skids and brake control).

Again, it’s not 25mph, full-suspension downhill mountain biking glory, but it’s something — and it’s a way to maintain contact with a sport I can’t feasibly do every day.

Downhill Mountain Bikes and Where to Get Them: Suggestions for Noobs

If you want to go to Facebook Marketplace, you’re on your own. Craigslist, even more so.

One place I’d recommend is The Pro’s Closet. The site’s moderators vet and regulate the resale community and the equipment that flows through it. Look for the Certified Pre-Owned label, which guarantees buyer benefits like a pre-listing inspection, pro tuning and servicing before delivery, and 30-day, no-hassle returns.

(The Pro’s Closet also lets you buy your bike over time through Affirm, as long as you qualify for credit.)

I again recommend looking for a bike that’s not hyper-specialized. You’d be miserable doing big climbs on a pure downhill bike. That can be true even if you don’t have to actually ride uphill. Carrying your bike on your back is the reality at any trail spot without a lift, and you’ll likely do it a lot — again, DH bikes are heavy.

On the other hand, a new rider can prematurely trash a bike that doesn’t have enough oomph. Because you’re new, you’ll likely be hard on the equipment by nature.

A final note on bikes: Prepare to adjust your suspension. Unless you buy a new one at a shop, you’ll have to do it yourself or pay or convince someone else to. Either way, travel and rebound only deliver their intended benefits if your component tuning corresponds to your body weight. Worst-case scenario, you can bottom out a poorly tuned shock and damage its guts.

Bike Clubs: Your Ticket to New Trails and Friends

There’s a whole other angle you can take to work your way into the world of bike know-how: the real world.

The way I suggest you get there is to take the internet.

Google “[your city] mountain bike club” or something similar, and see what happens. Within minutes of searching, I found a club where I live that charges a nominal membership fee for waiver-accessed, unrestricted access to a handful of local properties.

It also gave me access to a community of riders I might not have met otherwise. “Your network is your net worth,” as the kids say. 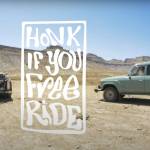 'Honk If You Freeride': Casey Brown and an All-Women Crew Shred

It’s been a while since we’ve seen such a genuine hype video. Casey Brown and the women of 'Honk If You Freeride' land it perfectly in episode 1 of the series. Read more…