It’s a lot louder than the model sported by Marty McFly in “Back To The Future.” But the hover-board, in a sense, is now real.

Granted, this looks more like a quadrocopter drone than a hovering skateboard. But it is still rad.

Built by Canadian Catalin Alexandru Duru, he set a world record last summer on the hover-board by flying 900+ feet across a lake in Quebec. The video just came out this week. 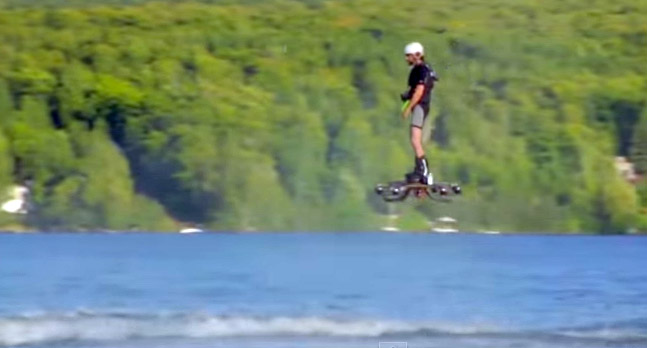 Noted Duru: “The machine was built and designed by me. I am the first man to create and fly a working prototype. I will showcase that stable flight can be achieved with a machine one can stand on and control with their feet.”

The prototype can be used anywhere, but it is usually tested over water because of how dangerously high it can fly. We’re hoping to get one in the GearJunkie office to test soon.