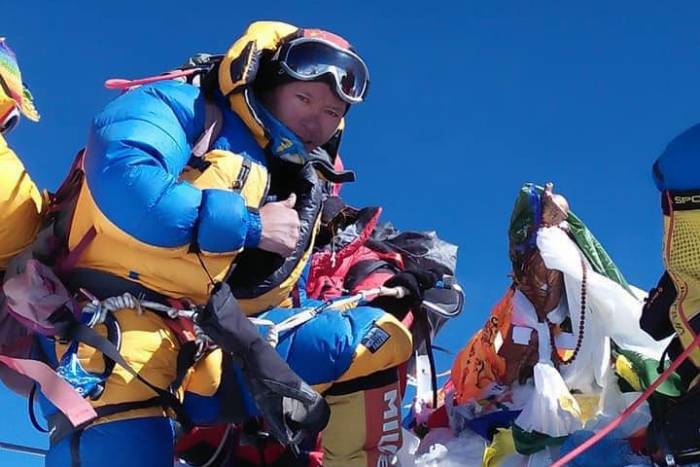 Mingma Wangdi Sherpa, a member of the Nepali rope-fixing team on Ama Dablam, died today while coming down from the summit.

As in previous years, Seven Summit Treks (SST) was in charge of fixing the ropes on Ama Dablam. The team spent 12 consecutive days above Base Camp, working on the route. They finally reached the top yesterday afternoon. At least, some of them did.

Mingma Wangdi Sherpa was not among yesterday’s summiters. He tried to reach the top on his own today while the other workers went back down to Base Camp, SST Chairman Mingma Sherpa told The Himalayan Times. Currently, there are no details on how the victim died.

Mingma Wangdi Sherpa was an experienced climber with several peaks, including Everest, on his resumé. Still, reaching the summit is important for professional Sherpa climbers. Better assignments and higher wages come as their summit log grows.

One of Nepal’s Most Climbed Peaks

Ama Dablam (22,349 feet) is one of the most popular and crowded mountains in Nepal, especially in the fall. Climbers come between October and December, and some even show up in winter.

The bigger outfitters set up a large, fixed Base Camp that can host successive waves of clients during that time. This season, SST estimates that over 400 people — including both foreign clients and local workers — will climb Ama Dablam.

It could even be more. According to Nepal’s Department of Tourism, 200 foreign climbing permits have been issued for Ama Dablam so far, and there’s plenty of season left for others to sign up.

Because of its relatively low altitude compared to other 8,000m peaks, it requires less acclimatization. In fact, many climbers prepare on trekking peaks, then climb Ama Dablam itself during a single push. Others acclimatize briefly on the mountain first. Some even resort to supplementary oxygen. Most of the guides show up fully acclimatized from climbing on Manaslu.

On the other hand, Ama Dablam is a sustained, steep climb with technical sections of rock and sometimes ice. Unlike higher mountains that are sometimes mostly snow walkups, Ama Dablam must be fixed all the way from Base Camp to the summit.

The extensive rope-fixing meant that Sherpas had to hurry to get the route ready as soon as possible despite this fall’s adverse weather and the high winds of the last several days. 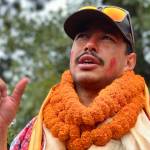 Famed mountaineer Nirmal 'Nims' Purja was involved in a tragic parachuting accident that claimed the life of his instructor, Dean Waldo, on Oct. 14. Now, Purja outlines some of what happened. Read more…