Nepalese climbers have disputed reports that the iconic rock feature near the summit of Mt. Everest collapsed. 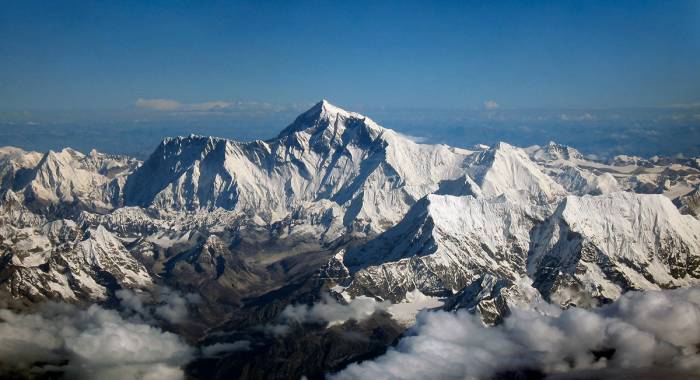 Last week, British mountaineer Tim Mosedale gained media attention after his Facebook posts, purporting to show that Everest’s Hillary Step was destroyed, went viral. The famed outcropping was, or is, one of the final and most difficult tasks facing Everest climbers. Mosedale has climbed Everest six times.

But this week, Nepalese climbers and officials are refuting those reports.

“This is a false rumor,” Ang Tshering Sherpa, the President of Nepal Mountaineering Association, told CNN. “I checked with Sherpas, climbers, and officials at the Base Camp. Hillary Step is intact.”

According to the CNN report, Tshering claimed that “excessive snowfall” covered the step, both obscuring it from view and making it “easier for climbers.”

Another Nepalese climber, Pasang Tenzing Sherpa, backed up Tshering’s stance that the step was intact. In 2016, Pasang was charged with opening up a route to the summit following closures along Everest in 2014 and 2015.

“Last year, I was the coordinator of the team that opened up the route to the summit,” he told The Guardian. “Since there were no climbers on the mountain in two years, it appeared like a new mountain with lots of snow. For safety reasons on the Hillary Step, I changed the route a little to the right,”

According to Pasang, that shift, along with the snow cover, made the step less recognizable to even experienced Everest mountaineers. Nepal’s Ministry of Foreign Affairs has yet to issue any comment.

Mosedale claimed that the Hillary Step was no more in a social media post widely shared around the world.

“I can report that the chunk of rock named the Hillary Step is definitely not there anymore,” he told The Guardian. Following news that Nepalese climbers refuted his claim, Mosedale maintained his position, telling The Guardian the step was “simply not there.”

Reports of the step’s demise reach back to last year when images suggested the feature may have changed. Numerous outlets believed the magnitude 7.3 earthquake that struck Nepal in 2015 could have disrupted the face of Everest.

White and gold or blue and black? Only time may tell… #hillarystep pic.twitter.com/uyffUNDyMi

The Hillary Step sits, or sat, less than 200 feet from the peak of Everest. It’s a 39-foot, near-vertical outcropping that poses a substantial task for climbers. It’s unclear how its alteration would affect summit expeditions.

As of now, there is no consensus on the state of the Hillary Step. The remote nature of the Hillary Step makes verification difficult. More climbers will visit the iconic location during the Everest climbing season, and GearJunkie will monitor news on this matter as it develops.

Up Next: Everest’s Iconic ‘Hillary Step’ Is No More