The National Park Service will tap into a slush fund to begin cleanup and deploy enforcement personnel as the government shutdown continues to wreak havoc at many national parks.

Top image: Mount Rainier National Park was closed during the government shutdown in 2013, and it just shuttered its gate again in 2019; 2013 NPS photo by Kevin Bacher. 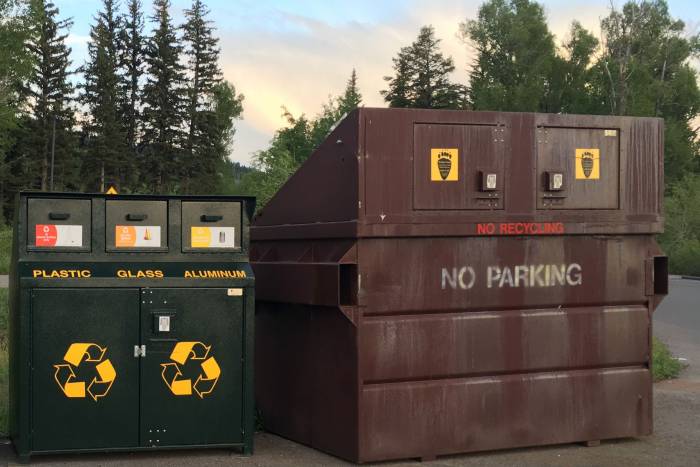 The statement came as the federal government shutdown, which furloughed thousands of rangers and park employees across the country, drags into its third week.

During the lapse of appropriations, the men and women of the National Park Service who have remained on duty have gone to incredible lengths to keep America’s iconic national parks as accessible as possible to the American public.

Thanks to the strong relationships that many national parks have built with partners across the country, a number of states, private concession companies, and park nonprofit groups have stepped up to provide millions of dollars’ worth of donations and in-kind services to help over forty parks continue to provide key services for visitors.

As the lapse in appropriations continues, it has become clear that highly visited parks with limited staff have urgent needs that cannot be addressed solely through the generosity of our partners.

Over the last few days the Acting Secretary of the Department of the Interior David Bernhardt and the National Park Service (NPS) have explored a number of options to address the maintenance and sanitation issues that have arisen at a number of highly visited parks while keeping our commitment to the American public to ensure they have access to their lands.

The NPS currently has funds derived from entrance, camping, parking and other fees collected from park visitors that would typically be used for future projects at parks. After consultation with the Office of the Solicitor at the Department of the Interior, it has been determined that these funds can and should be used to provide immediate assistance and services to highly visited parks during the lapse in appropriations.

We are taking this extraordinary step to ensure that parks are protected, and that visitors can continue to access parks with limited basic services.

In the coming days the NPS will begin to use these funds to clean up trash that has built up at numerous parks, clean and maintain restrooms, bring additional law enforcement rangers into parks to patrol accessible areas, and to restore accessibility to areas that would typically be accessible this time of year. While the NPS will not be able to fully open parks, and many of the smaller sites around the country will remain closed, utilizing these funds now will allow the American public to safely visit many of our nation’s national parks while providing these iconic treasures the protection they deserve.