‘Bring the big sticks, leave the lycra at home!’ Red Bull just created a new freeride skiing format that has us drooling. Red Bull Raid scores athletes on the way up and down.

Ski mountaineering events pit endurance athletes up and down ski hills yet leave contestants to send it downhill on tiny, lightweight skis. Competitive freeride pits athletes against the gnarliest terrain on the mountain, but there’s no uphill aspect. Red Bull just combined the best of both worlds in a new format: Meet Red Bull Raid. 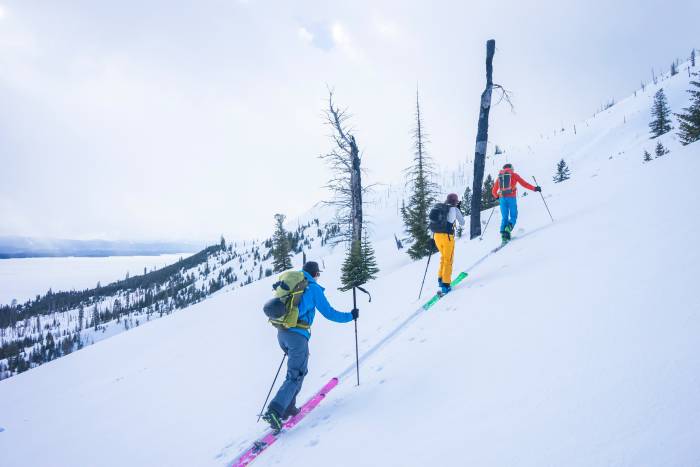 The first-of-its-kind skiing and splitboarding competition takes place in Squaw Valley, Calif., on April 13. It costs up to $50, and anyone can enter — but only 60 people will compete.

Red Bull Raid awards the first contestants to finish the climb. And the one who throws down the biggest line, tricks included, will get more points on the way down.

But Red Bull combines both elements for a grand total score. You’ll not only have to skin fast but throw down too. Talk about a dream comp.

Red Bull Raid judges contestants out of 200 points. On the way up, 100 points are awarded to the first person to finish the climb, and each position after is deducted points. The descent is judged on style, line, and control for a total of 100 points.

There are men’s and women’s ski and splitboard categories, totaling four winners.

The event chose the Squaw’s Silverado lift and terrain for the event. From the base, Red Bull will signal a mass start. Then, contestants are free to hike their own line to the starting gate at the top. 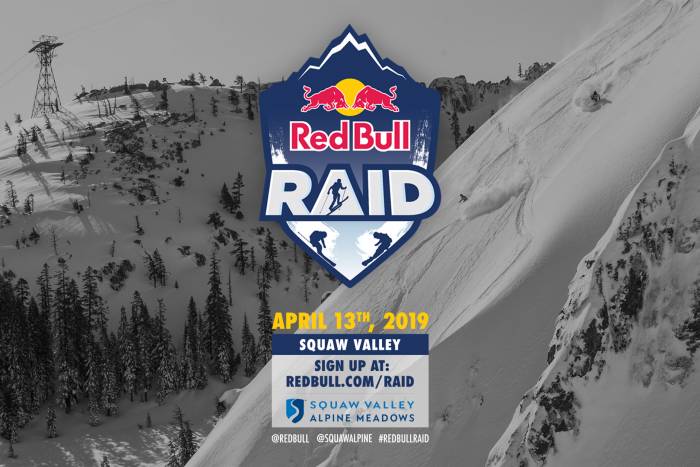 Once the competitors are at the top, a panel of three judges will award scores to descents. Contestants get time before the competition to inspect the course and choose how they will get up and down.

Head to Red Bull Raid‘s site to register. Hopefully, you can manage to snag one of the 60 spots!

Up Next: New Route Up Everest: Nat Geo Photographer to Attempt Massive Feat