Kitzbuhel resort is home to one of the world’s steepest and toughest technical downhill ski runs. And now you can use sneakers to make the descent.

It comes as no surprise that Austria is known for its top-notch skiing. Kitzbuhel itself is one of the most popular resorts in the country, according to Austria’s National Tourism Office. The resort attracts over 500,000 visitors each winter, and now they’re about to have even more people flock to the alpine oasis in the fall. 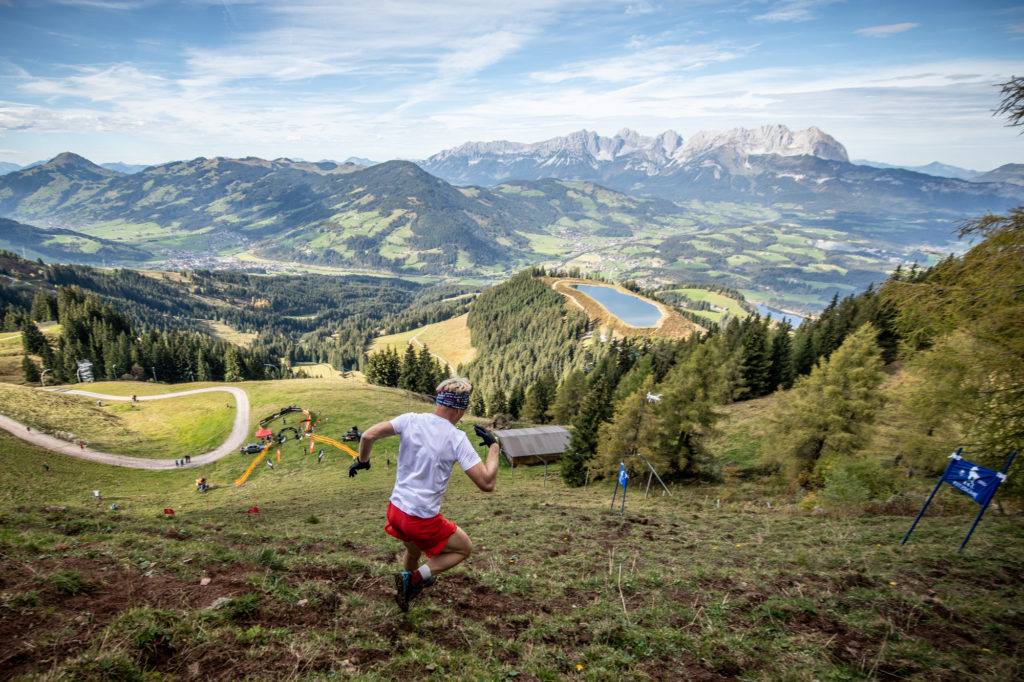 In addition to general fantastic skiing, Kitzbuhel is home to the World Cup circuit’s most thrilling downhill course. The Streif (or Strike) slope on Hahnenkamm mountain has hosted annual ski races since 1931, with both downhill and slalom competitions. Austria has televised these knee-crunching races since 1959, providing much entertainment to ski fanatics across the world.

This fall, footwear company inov-8 will host a footrace on the terrifying downhill course for the second time. And you can take part.

This crazy slalom course on the Streif starts at 5,463 feet, just below the mountain’s summit. And while the 350m distance may sound like a walk in the park, the slope has an average grade of 27 percent and a maximum grade of a chilling 85 percent. (Note: Anticipate sore glutes and hamstrings later.) Racing down the course — with skis or sneakers — is the ultimate test of your muscles and your insanity.

The gist of the race is this: Fling yourself through the starting gates at the top of the mountain and try to survive the near-vertical descent (without injury) at a competitive, death-defying speed. Oh, and there are two heats you must participate in. The first race was held last year, and top male and female finishers only took 1-2 minutes to complete it.

Think you’re up for the challenge? Check out the race trailer below or sign up here. The inov-8 Descent Race will be held on October 5, 2019.