Salomon is about to turn running shoes into ski boots by recycling the materials. Here’s how.

Recycling is nothing new. As a nation, we recycle cans back into cans and paper back into paper. But Salomon is taking the idea further by designing a shoe that can recycle into a completely different product.

As part of a new sustainability initiative, Salomon product designers spent over a year working on this idea. Yesterday, Salomon announced its plan. The Concept Shoe will be made of 100-percent thermoplastic polyurethane (TPU), which the brand will later turn into an alpine ski boot.

“We recognize that we have to do better for the environment by creating footwear that drastically reduces its impact on the planet,” says Guillaume Meyzenq, VP of Salomon Footwear. “We are showing that it is possible to find alternative materials to create performance footwear.”

The first step is making the shoe out of a single material. (Most shoes contain more than one material: like EVA foam, rubber, and glue.) Once the shoe retires, Salomon will grind it into tiny TPU pellets.

Then, workers will mix the recycled TPU with new TPU and insert the material into an injection machine. Voila, a ski boot! Salomon already makes its current ski boots with recycled plastics, so there aren’t major changes to the process.

“This concept allows Salomon to extend the life cycle of the materials by more than double,” the brand wrote in a press release. Salomon has not yet released how many styles of shoes or boots will launch once the Concept Shoe hits the market. 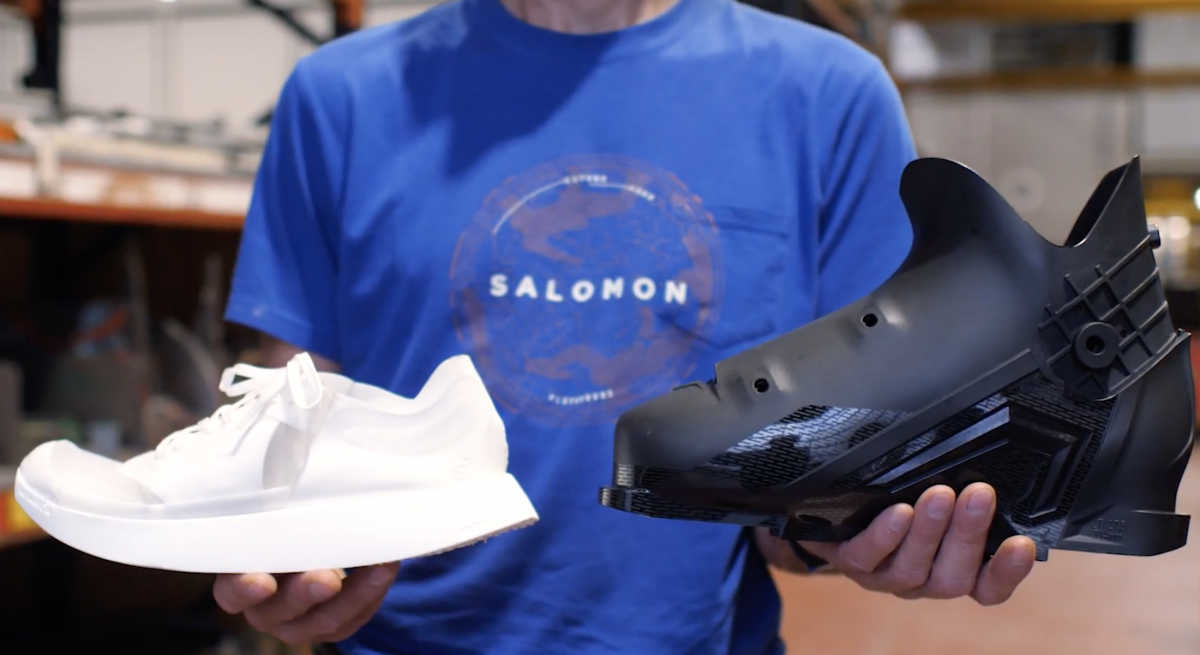 Salomon’s new shoe is part of its Play Minded Program, an initiative to encourage consumers to play outside responsibly. The main goal of the program is to embrace more sustainable operation methods and to reduce total carbon emissions by 30 percent by 2030.

Saving materials in the production process for both running and ski footwear would be a huge help toward that goal.

Salomon hopes to debut this concept in footwear in 2021. The shoe is also part of Salomon’s other goal to have 100 percent of its new products designed on the circular economy principle by 2025.

Up Next: Oh God, No! Trail Runner ‘Catches’ Parasitic Worms in Her Eyes