Vermont-based upstart SheFly swept top honors at The Pitch, winning both the overall vote and the People’s Choice award.

When Georgia Grace Edwards found herself trekking across an Alaskan glacier in search of privacy, only to have to take off layer after layer of critical warmth to pee — all while her male counterparts simply turned, zipped, and went — she knew there “had to be a better way to go on the go.”

Fast forward 2 years to 2018, and Edwards met two likewise frustrated female adventurers, Bianca Gonzalez and Charlotte Massey. The trio would found SheFly at Middlebury College in Vermont. And in the short time since, the brand has caught fire and grown from its humble roots.

“Since graduating, Charlotte, Bianca, and I have been running SheFly across three-plus different time zones,” Edwards told us. “We’ve worked with seamstresses in Vermont, New Mexico, Washington, and Maryland; we have SheFly team members in California and Pennsylvania; our tech pack designer is in New York; our fabric comes from Taiwan; the hardware is sourced from all over; and the pants are produced in India — in the same valley where the Dalai Lama resides.”

All those moving parts helped bring Edwards and her team’s concept — pants designed “so everyone can answer nature’s call” — to GearJunkie’s The Pitch competition last month. And wouldn’t ya know it, SheFly not only took home the overall win, but also won the People’s Choice vote.

So what exactly is SheFly? At its core, SheFly is a patent-pending zipper technology that allows women — and, in the future, men too — to quickly and easily relieve themselves outdoors. 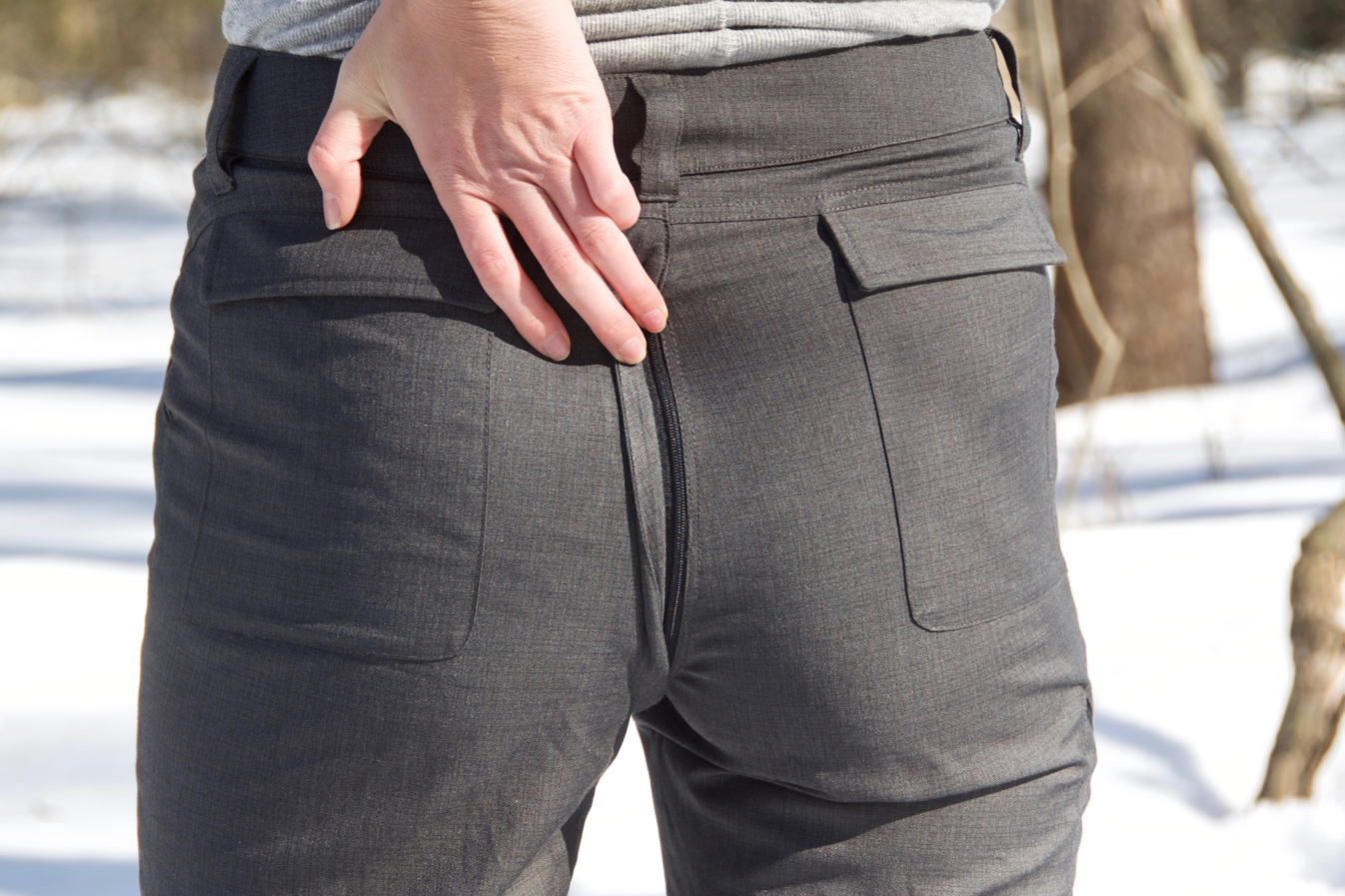 In addition to a standard zip fly, SheFly incorporates a secondary zipper that starts below the first zipper fly and extends around to the back of the pant. And the brand launched its innovation in a polyester hiking pant through a crowdfunding campaign. The first lot of SheFly pants, 500 pairs, will finish shipping by the end of next month. And you can preorder a pair now for $128.

But SheFly isn’t stopping there. The all-women team behind the brand promises SheFly base layer bottoms (“Long Janes”), boxer briefs, and activewear leggings. And they will all work with the SheFly design.

“We’ve got a lot coming down the pipeline!” Edwards said. “We’re hoping to start a seed round of funding to help us finish up R&D on our base layers and underwear, as well as to eventually transition all of us co-founders to working on SheFly full-time within a year or so.”

By winning The Pitch, SheFly took home a 2-month membership at Wayfinder Co-op, home of more than a dozen upstart outdoor brands, including GearJunkie’s editorial office.

Plus, the brand will receive $3,000 in legal services, $2,000 in financial services and consulting, and $5,000 in content and marketing with GearJunkie. And with all that, Edwards — who delivered SheFly’s pitch — expects the brand could begin to take root and grow. 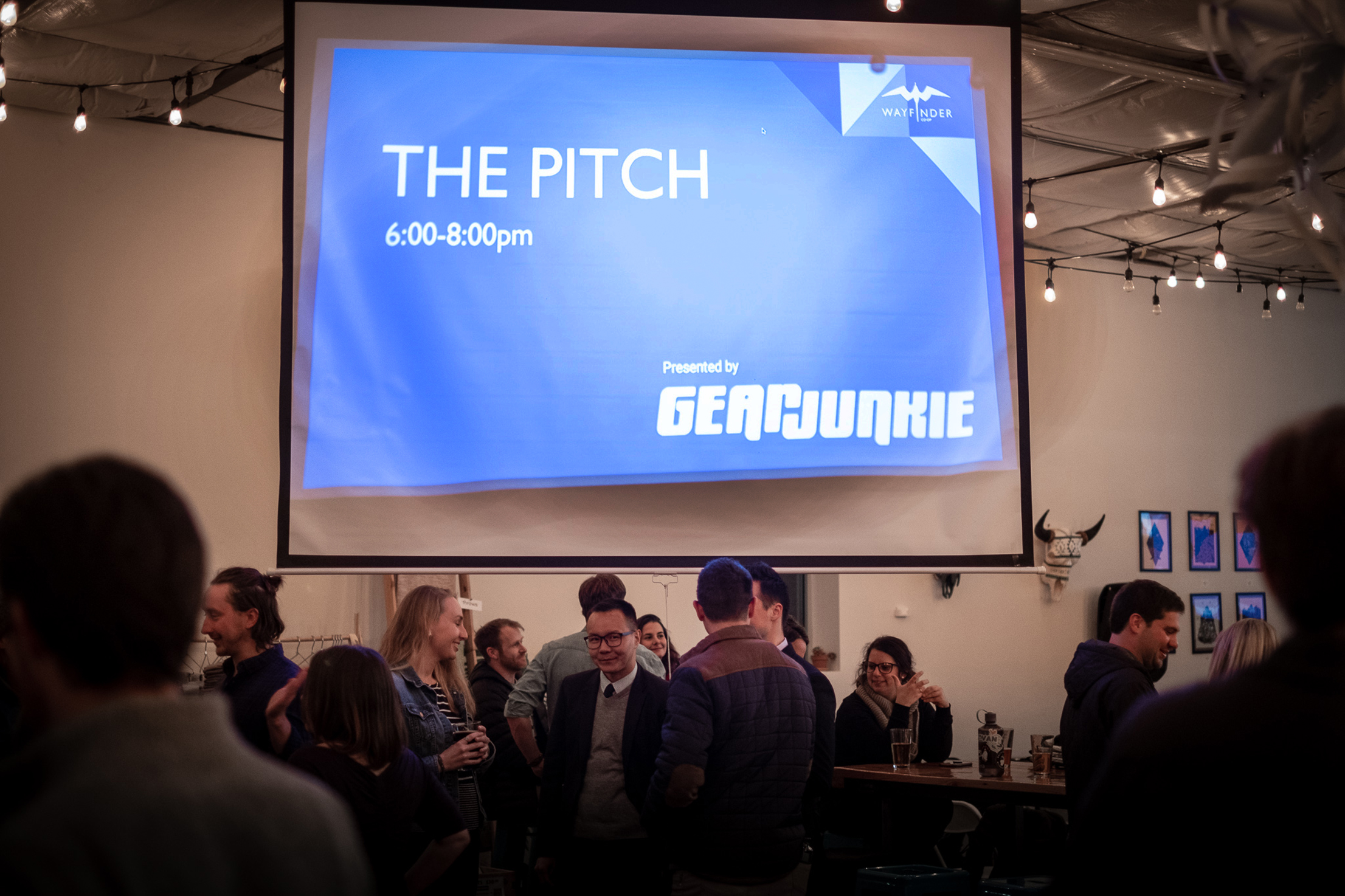 “This win means a lot to us for several different reasons,” she told us. “Besides providing a potential new headquarters location, The Pitch allowed us to connect with people in person and online through the people’s choice voting on Instagram. I think it’s also the first pitch competition we’ve won that was not a cash prize.

“And that’s great because it forces us to work on certain crucial aspects of our business — legal, financial, press, and office space — that can be hard to carve out within our own budget. This pitch competition, from the donated prizes by local small businesses to the personal touches Wayfinder and its members incorporated, was really focused on community. That’s unique. I feel so grateful to have been a part of it and hope to be able to give back to it in the future.”

Up Next: Inspire the Next Generation: ‘Girls on the Run’ Seeks Coaches for 2020

Saving…
Inspire the Next Generation: ‘Girls on the Run’ Seeks Coaches for 2020
Hottest Day in Antarctica, Largest Firework Ever: Adventure News of the Week
×