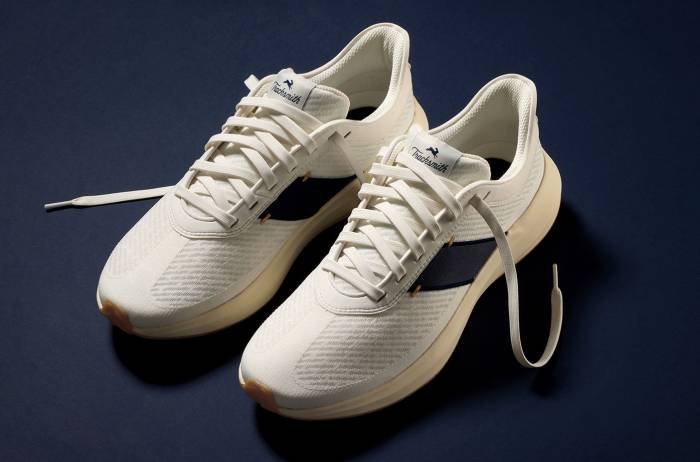 The shoe comes to market in November, with preorders through Tracksmith’s site starting Oct. 24.

Designed for everyday running as well as competitions, the Eliot Runner will appear in Tracksmith stores over the next few weeks — but only for diehard fans to get a sneak peek.

The shoe officially launches in November. Those wanting to reserve a pair during this “limited run” can provide their email address online. Then, Tracksmith will notify them as soon as the shoe is available for preorder.

Inspiration for the shoe’s design comes from the “delight” of finding a natural surface outside, the company said.

“Who hasn’t run the tightrope of a six-inch ‘trail’ beside a wide asphalt bike path?” Tracksmith wrote on social media.

The shoe features a mesh upper, suede collar and eyestay, and a durable rubber outsole, the company said. It also comes with a supercritical Pebax insole and midsole, which supposedly offers a soft and springy step. And its footbed is triple the thickness of a normal sockliner.

Tracksmith added accents to “bring its DNA” to the design, including a sash on the side, a racing stripe on the rear, and a woven label on the tongue.

You can check the shoe out in person at the brand’s stores in Chicago, London, and Boston over the next few weeks. 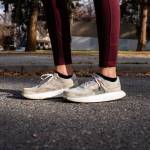 Last year, Salomon shook up the footwear market and dropped a fully recyclable shoe, which it will recycle for you at the end of the shoe's lifespan. Find out why we love this shoe. Read more…