Home » News » A Jersey With a Message: One Cyclist Weaves His Story Into Lycra

You could look at this jersey and chalk it up to just another artist collaboration. Or you could dive deep into the story behind it.

Oct. 11 marks Indigenous People’s Day. And one cycling brand is acknowledging it in a very special way. Velocio ambassador Gregg Deal is a member of the Pyramid Lake Paiute, an activist, an artist, a disruptor, and a cyclist. But that’s not all that defines him.

In this collaboration film with Velocio, Deal retraces a migration of his tribe from Lake Tahoe, Calif., to the Pyramid Lake Paiute grounds east of Reno, Nev. “These are my homelands. These are the places of my people — my ancestors were in these spaces. It’s incredibly important to me,” Deal said.

And starring in the film is not just Deal, but his artwork that he specially designed for a cycling jersey. 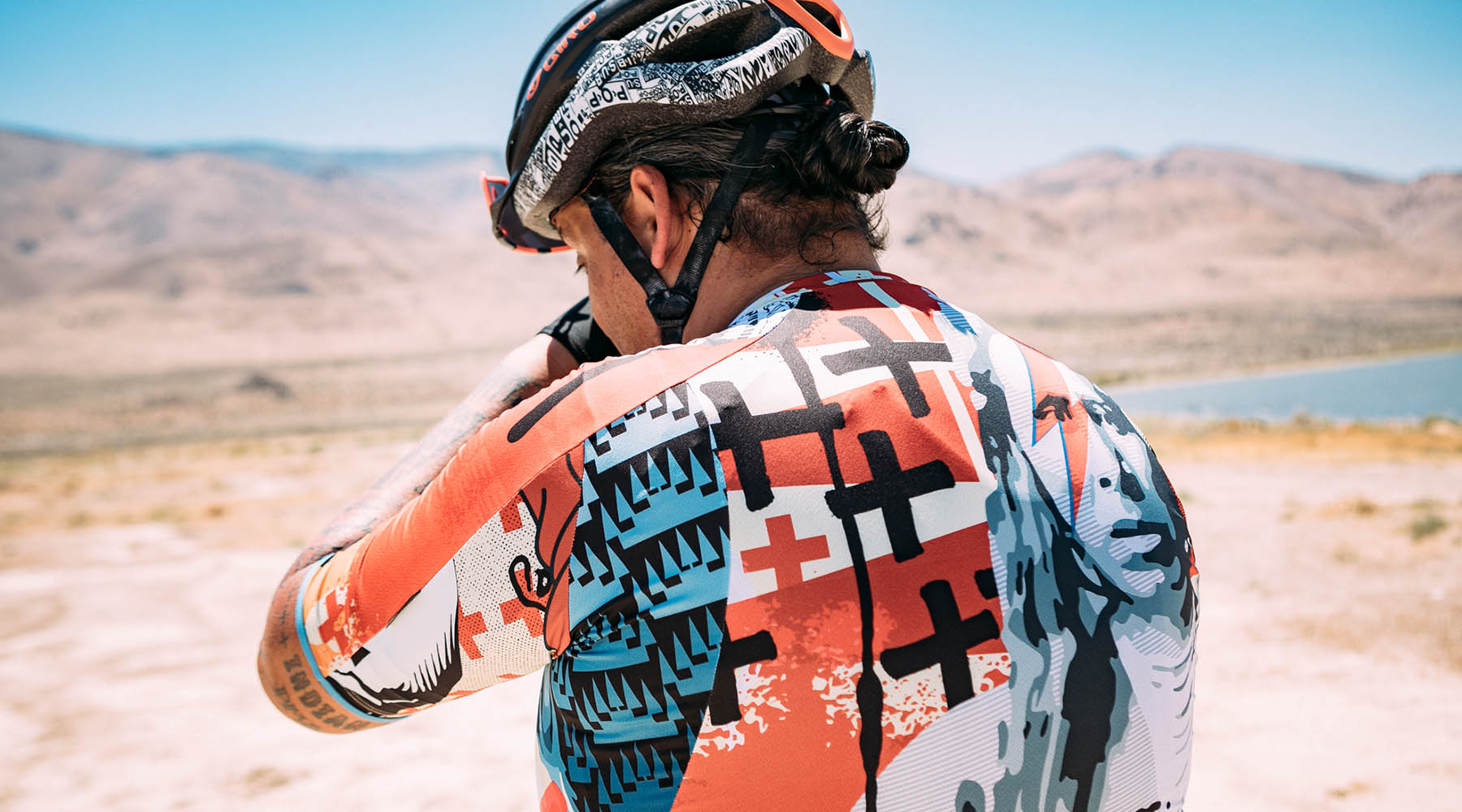 So, why choose a cycling jersey as his medium? “There’s a lot of ways I connect to the spaces that I’m in, and the bike is one of them,” Deal said. “This entire concept was born in the idea of amplifying marginalized voices.”

Here are just a few components of the jersey: 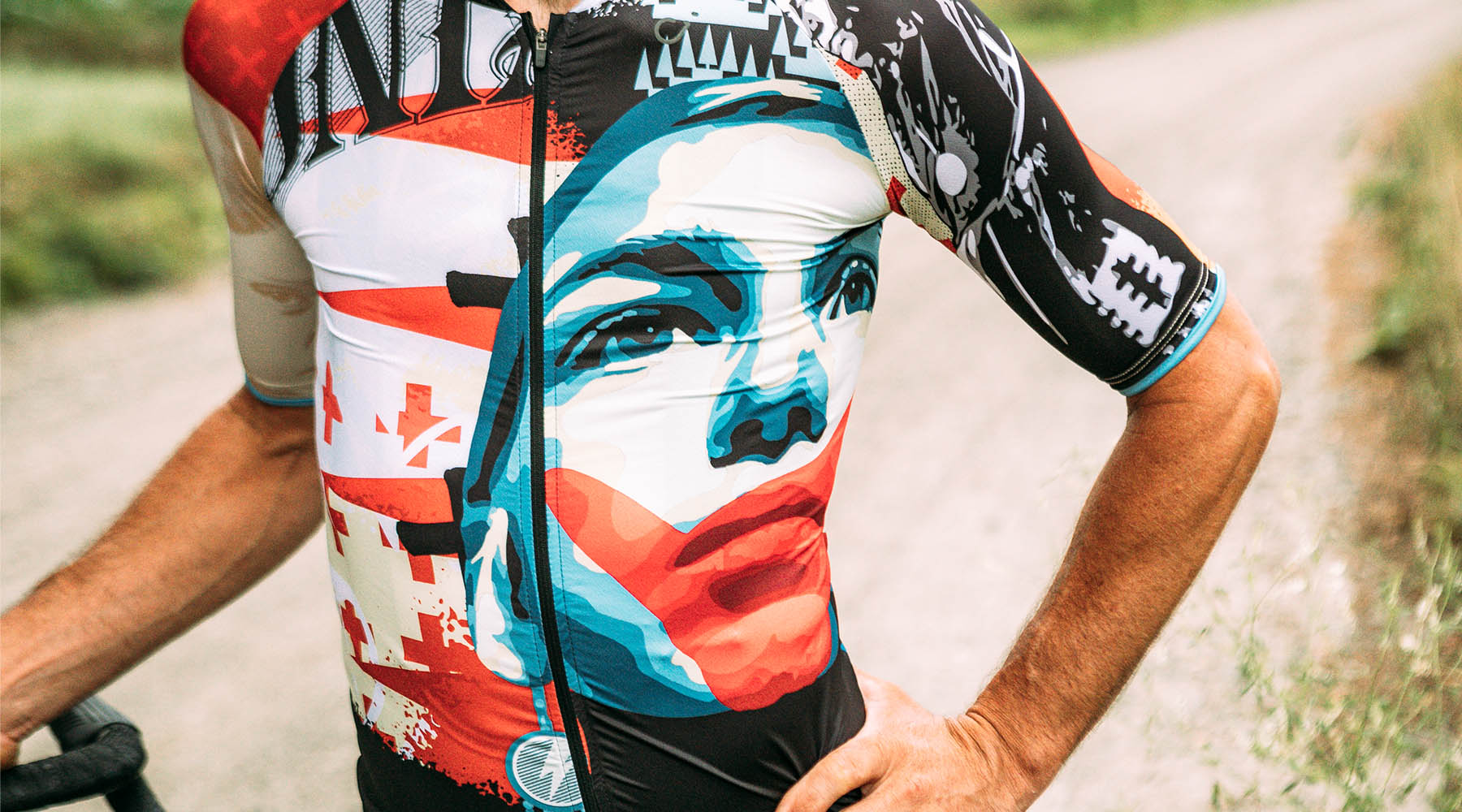 The jersey is definitely a work of art — it’s a collection of faces, images, visual patterns. It’s minimalist and busy at the same time. It’s both bold and subtle.

“The jersey is a culmination of representation of Indigenous people,” said Deal. “It’s totally different from other things I’ve seen, certainly within the cycling industry.”

Deal’s goal with the jersey art? To press forward with Indigenous representation, but also challenge our perceptions.

Today, Velocio will release the jersey on preorder. It’s available in sizes 2XS-3XL. Funds from the jersey proceeds will go to The Sovereign Bodies Institute (for missing and murdered Indigenous women, girls, and Two-Spirit people) and Illuminative (who works to further Indigenous representation in media). 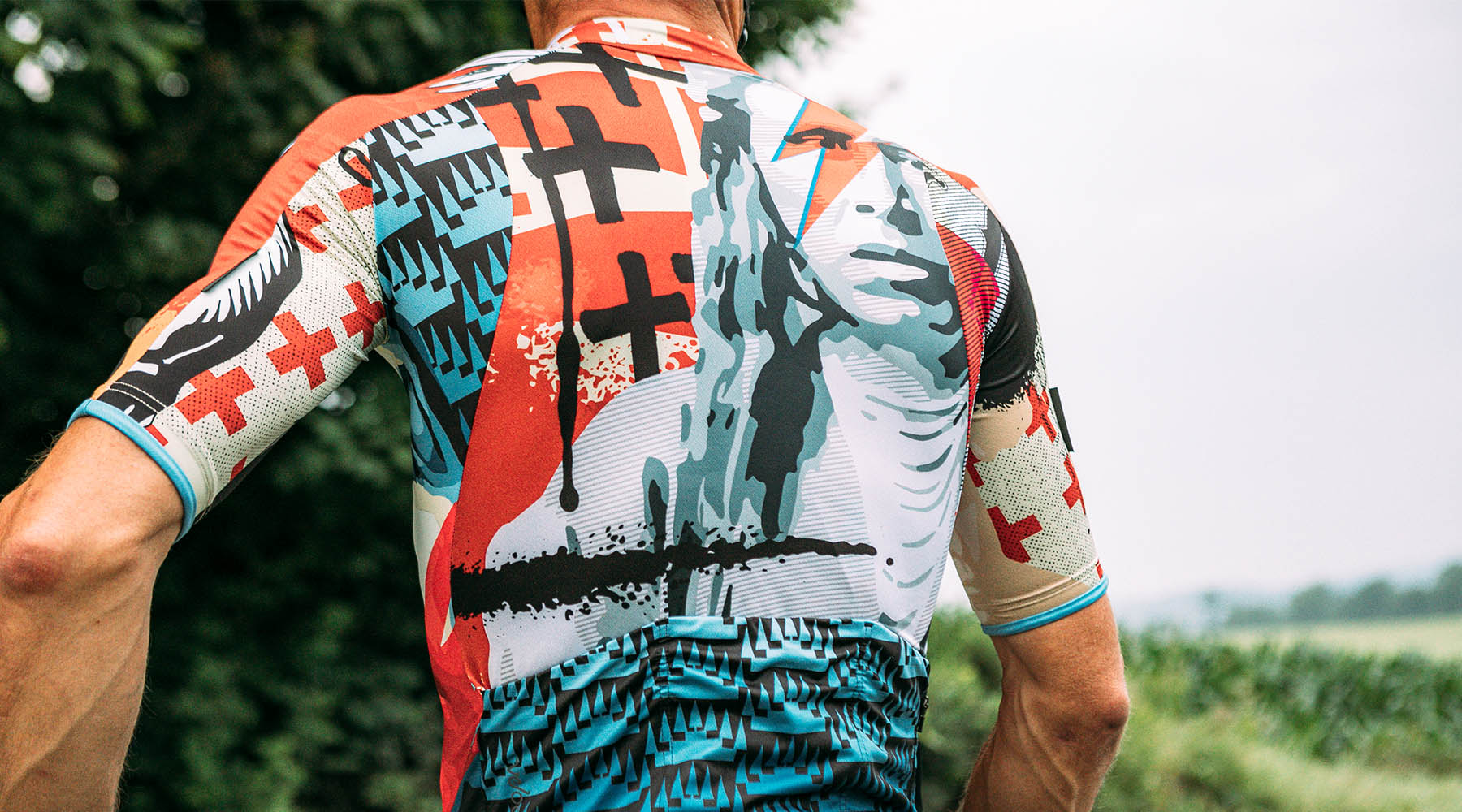 Jon Yazzie is a member of the Navajo nation. In 2020, he founded Dzil Ta’ah Adventures — the first ever bikepacking program for youth on Navajo land. Read more…

Up Next: Alpine Achievement Awards, 2 High-Risk Ultras, and a Few More Stories to Start Your Week