From Banff, Canada to Antelope Wells, New Mexico, The Great Divide Mountain Bike Route is the longest continuous off pavement bike trail in the world. It’s about to get longer with 400 miles of proposed trail additions.

It serves as a crowning achievement for adventure cyclists everywhere. And now, nearing its 20th anniversary, the Association wants to make the trail longer.

The ACA recently started a fundraising campaign in order to improve and extend the GDMBR. It proposes to make maps more user-friendly, add directions for northbound riders, and add nearly 400 new miles of trail.

The additional trail will extend the route from its current northern terminus in Banff through spectacular mountains. When completed, it will finish in Jasper National Park, about 100 miles to the north.

To connect to the ACA’s headquarters, the trail will also add a spur from the existing route down to Missoula, Montana. 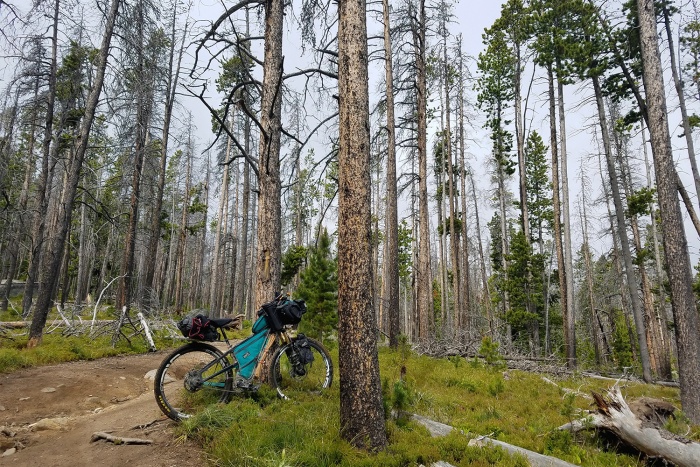 Mountain bikers, road cyclists, bikepackers, the GDMBR does not discriminate. According to the ACA, the GDMBR exists for all skill levels of cyclists and provides stunning views through the rocky mountains.

According to Bikepacking.com, the current route takes an average of 37 days to finish. 90 percent is unpaved road and 3 percent is singletrack. Over those 37 days, riders ascend 149,664 feet with a high point at 11,913 feet. 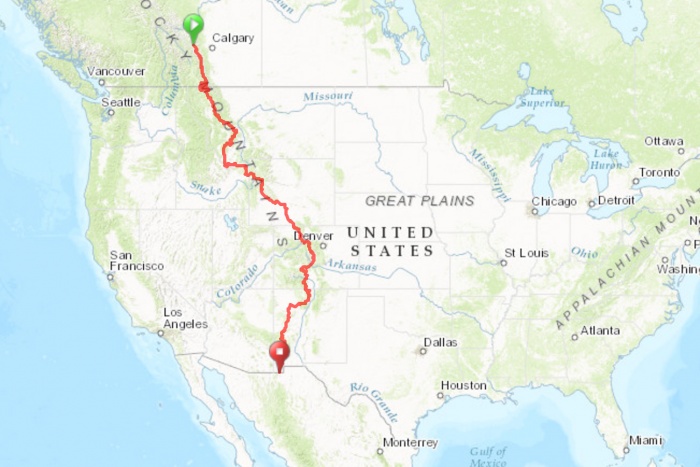 The route is also the location of the Tour Divide Race, a self-supported race along the entirety of the GDMBR. Riders race unsupported for 24 hours per day. The record is 13 days, 22 hours, and 51 minutes by Mike Hall.

Many consider the route to be the birthplace of bike packing as a sport.

Until September 30th, the Adventure Cyclists will match donations dollar for dollar. The proceeds go towards digital maps and an overhaul of the GDMBR.

Plus, with the fundraiser, the ACA also plans to map 1,400 new miles in the first year-round, off-pavement route through Arkansas.

We asked Bonnie Gagnon-Larvick, who completed the route last year, what her experience was like.

“The route frequently provides a feeling of having an amphitheater view of some of the most stunning mountain ranges, such as the Tetons, that I have not found anywhere else,” she said.

Between off-route exploration and the occasional hike-a-bike, she said the most unexpected part of the trail was its beauty. For the ride of a lifetime, the ACA site has useful maps for prospective riders and also more info on how to donate. 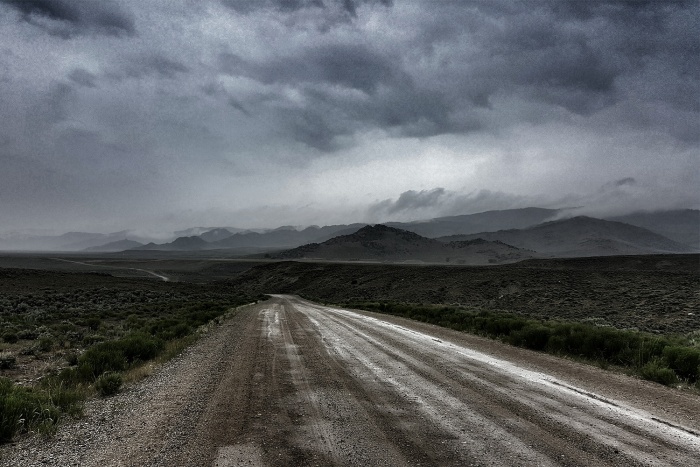