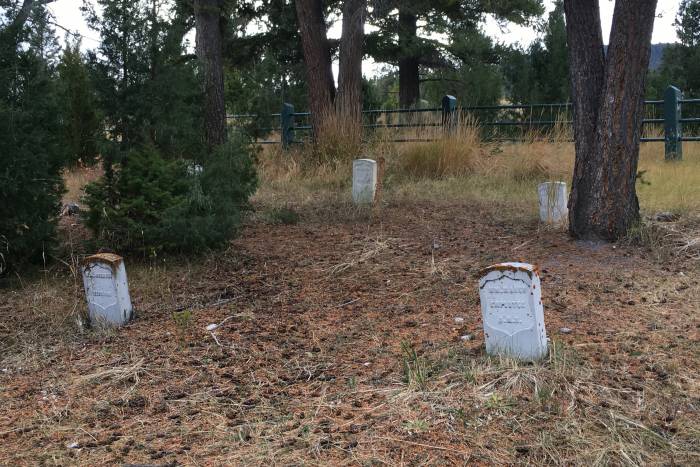 The man was allegedly searching for Forrest Fenn’s treasure.

A man caught digging in the historic Fort Yellowstone Cemetery faces up to 12 years in prison and nearly $300,000 in fines. He was indicted on charges of excavating or trafficking in archeological resources and injury or depredation to United States property, the U.S. Attorney’s Office for the District of Wyoming announced last week.

Rodrick Dow Craythorn, 52, appeared before a grand jury on October 22 and pled not guilty to two counts of illegal excavation, depredation, and damage to U.S. property. According to the U.S. Attorney’s Office, Craythorn was claimed he was searching for Forrest Fenn’s treasure — a collection of jewels and artifacts hidden by Fenn, an art dealer, in 2010 — when people discovered him digging in the park cemetery.

The Fort Yellowstone Cemetery marks the resting place of nearly 60 U.S. Army soldiers, employees, and family members who died between 1888 and 1957.

It is unclear what damage specifically Craythorn allegedly wrought, but the indictment lists damages exceeding $1,000 that occurred between October 2019 and May 2020.

Fenn’s treasure sparked a nationwide treasure hunt, spurred by clues Fenn published in his book, “The Thrill of the Chase.” Over the 10 years since the book was published, the treasure has spurred numerous information-sharing groups and inspired countless treasure hunters. Five people also died while searching for it.

Fenn announced that someone found the treasure this summer, although it’s unknown who found it or exactly where. Fenn died soon after the announcement at age 90.

Craythorn’s trial is scheduled to take place in U.S. District Court in Casper, Wyoming, on December 14.