With the popularization of the ‘bucket list,’ have people lost track of the truer nature of setting lifelong goals?

In my role as a family recreational director, I avoid human beings in the outdoors. I try to pick fulfilling outdoor adventures where I’ll see the lowest possible number of strangers.

When I picked a weekday to hike in Bear Beach State Natural Area in Wisconsin, I thought we’d have 5 miles of shoreline to ourselves. After a rough start, we did. 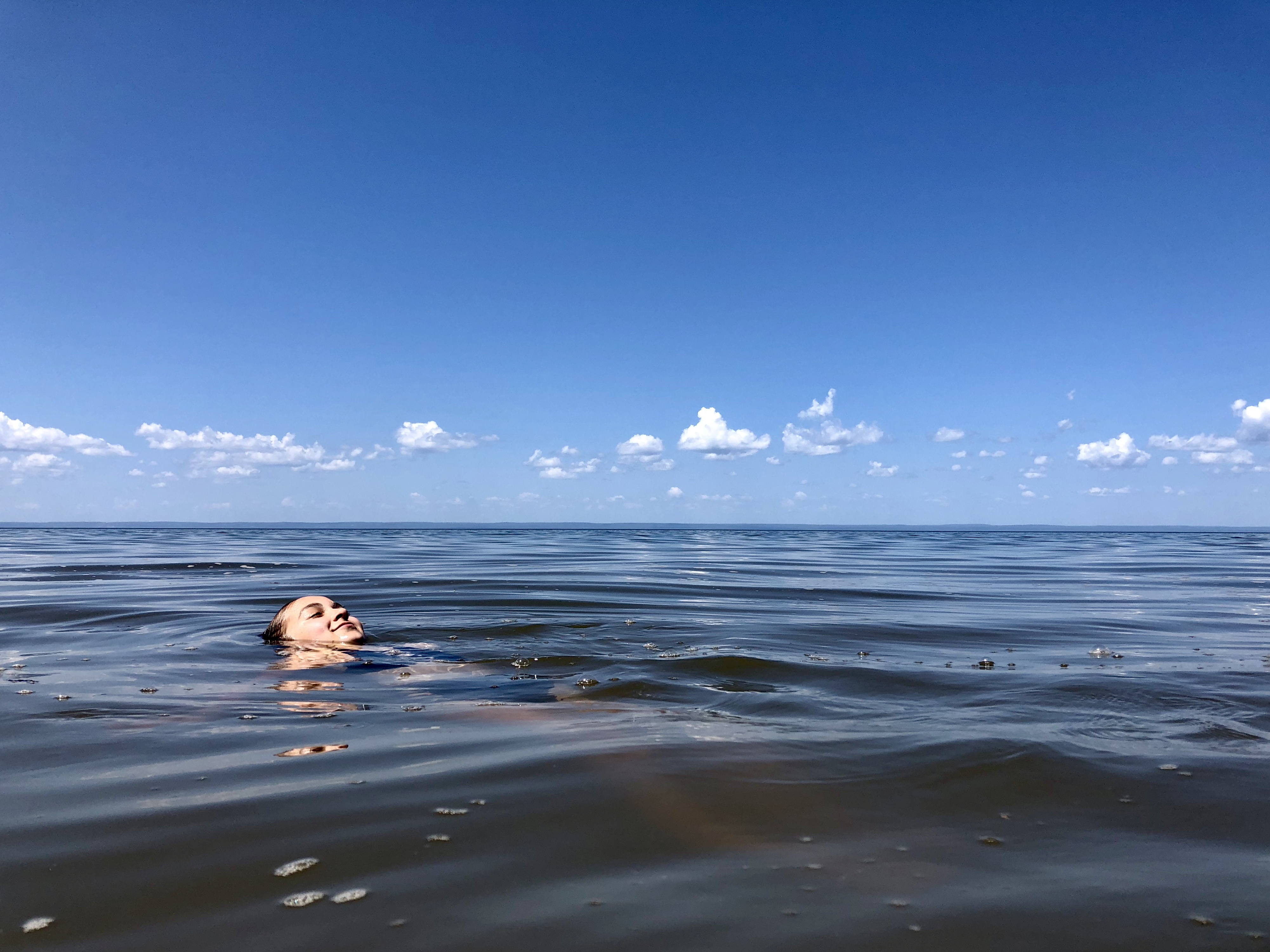 We followed the narrow strand to the east past the trees and driftwood that tipped into Lake Superior. We swam in the reddish water, colored by the clay banks. My dog Lea rolled on his back. We made the only footprints in the sand. Every time I look across the lake from Duluth to that undeveloped green horizon, I think about that day with my family.

In 1998, Outside Magazine published an article called “100 Ways to Live a Better Life.” A man named John Goddard inspired it. He sat down in 1940 when he was 15 years old and made a list of 127 things to do with his life. The editors defined what a “life list” was and, more importantly, what it wasn’t.

“Moreover, we’ve pondered the very idea of a life list and wondered whether everyone shouldn’t have one. Not a nebbish actuary’s roster of deeds to be checked off — did that, done that, doing that — or a catalog of potential acquisitions both material and experiential, but a simple bundle of goals and attainable epics. An outline for a life well spent, without footnotes.”

They challenged the reader to make a list. So I did. Write a book. Run a marathon. Ski the Birkie. I don’t look at the list every year, but when I do, I’m surprised. I did stuff after all. The list has its own power. My life list doesn’t include a trip to Bear Beach in Wisconsin, but it holds the intent: Go find adventures.

Then, a movie came out in 2007 called “The Bucket List.” Two dying men meet in a hospital and leave together to check off a list of things they want to do before they “kick the bucket.” (It helps that one of them is a billionaire.) Thanks to this film, nobody calls it a life list anymore.

Heck, even the magazine calls it a bucket list now. When Goddard died in 2013, the media reported he accomplished 120 of the 127 items on his — of course — “bucket list.”

A World War II veteran had his exhilarating life reduced to an incomplete checklist. I fully support living your life with the end in mind. But this mentality has morphed into something trivial. It’s like people are collecting souvenirs. 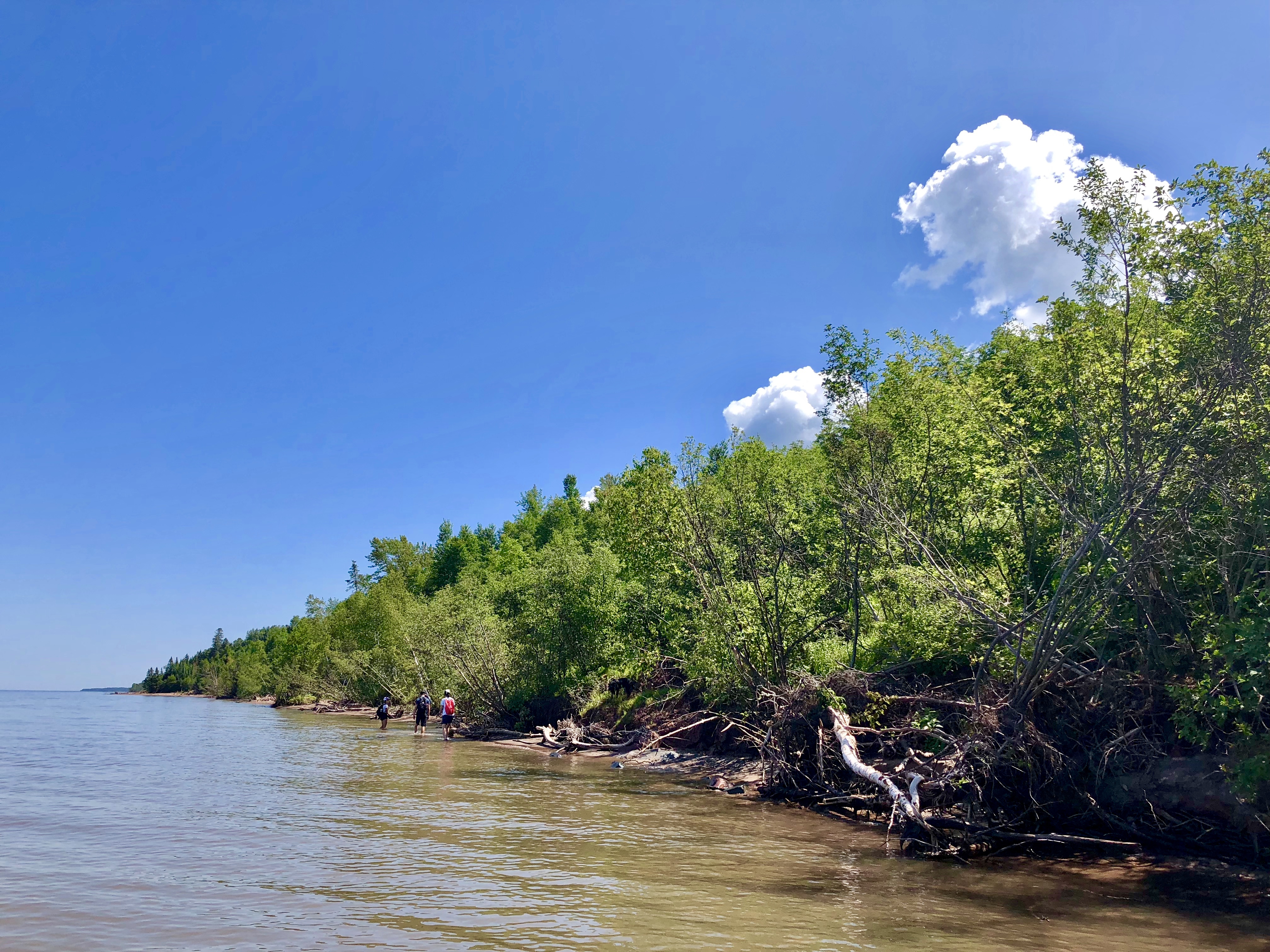 I looked at that old article again. Here are some things it listed that were good examples of ways to live instead of deeds to accomplish:

19. Get pretty fit.
71. Become an expert on an outdoor subject.
97. Learn the Trees, Flowers, Wildlife, Geology, and History of Your Place.
99. Give something back.

Contrast those items with these from a current online piece called “The Top 100 Best Bucket List Ideas”:

Skydive.
See the Great Wall of China.
Get in a fight and win.
Go to Istanbul.

David Foster Wallace wrote a piece for Gourmet magazine in 2004 called “Consider the Lobster.” He wrote about a lobster festival in Maine and the piece stuck with me.

“To be a mass tourist, for me, is to become a pure late-date American: alien, ignorant, greedy for something you cannot ever have, disappointed in a way you can never admit. It is to spoil, by way of sheer ontology, the very unspoiledness you are there to experience. It is to impose yourself on places that in all noneconomic ways would be better, realer, without you.”

It’s ironic for me to say you shouldn’t be a tourist in a publication that tourists read. I’m not immune, though. I’ve elbowed my way through the crowd at Disney World. I’ve stood in line for the elevator to the top of the tallest building in Chicago. And I’ve been one of the masses. Been there, done that. I even got the T-shirt.

I find it even more jarring when I’m in a crowd of people outdoors. But I’ve done that too. In 2017, I built a trip to Isle Royale for my family. I bought a National Park Pass, scheduled a hotel in Grand Portage, rented a cabin in Rock Harbor, and aligned all that with a ride on a boat full of strangers out to the middle of Lake Superior. We ate all our meals at the crowded lodge restaurant. We made our economic impact.

But darned if we didn’t have outstanding experiences too. We paddled canoes in Tobin Harbor in the dead-calm, gin-clear water while floatplanes glided to landings beside us. While hiking, a moose ran right at us, but it veered into the woods. Thank goodness.

One memory sticks out. My daughter and I stood at the aft of the ferry, watching the churned up blue water in our wake as we paralleled the straight, green north shore of Isle Royale. The cliffs of the Canadian mountains stood out on the opposite horizon.

I thought, If I woke up from a coma right now on this boat, I would have trouble guessing where in the world I was — a joyous kind of disorientation. We were in a completely new place for the first time and seeing it with fresh eyes.

For me, it was an unforgettable moment on the beaten path of the mass tourist while surrounded by strangers. The memory is just as precious to me as the hike along that Wisconsin beach where we didn’t spend a nickel and saw only one other person. 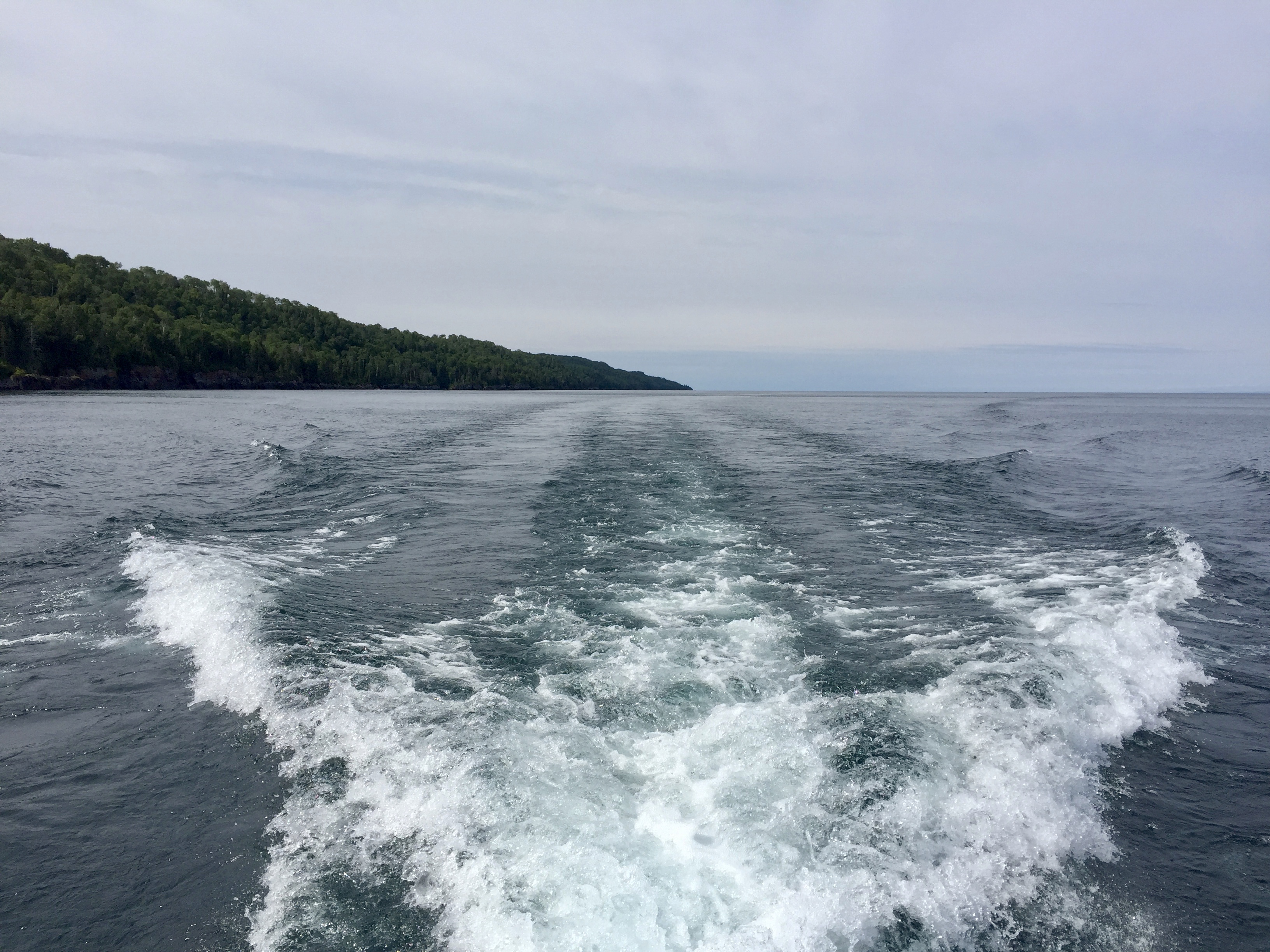 I just went for a 5-mile trail run with my daughter. It was in a modest city park in San Diego while we were visiting her grandparents. I gave my daughter the gift of a silent father as we ran through this anonymous outdoor space. She spoke once. The only thing she said the whole time was that she wanted to go camping. I suggested the Boundary Waters. She said, “Sure.”

My teenage daughter just proposed that outdoor trip idea to me. Separately, my son said this about his upcoming last summer before college: “We need to go on a lot of adventures.”

It makes me happy that my children said these things. When I wrote my list, before we had babies, I included this: Raise some kids that know the meaning of truth. Is outdoor recreation the same as the truth? I don’t know, but I think I’m going to check that item off anyway.

Maybe it’s not the list itself, but the mentality you bring to it — a sense of joy, the act of paying attention. Good things can happen outdoors in famous places or nameless ones, alone or in a crowd, whether you’re checking off deeds or setting goals of ways to live. But I still think you should call it a life list.

Eric Chandler cross-country skis as fast as he can in Duluth, Minnesota. This story originally appeared in Northern Wilds Magazine.

Up Next: Goodyear Bike Looking for Ambassadors of All Abilities, Ages