You can do a lot with a very little camera. My film, ‘The Snowman Trek,’ hits the big screen today, and I shot it on a camera that fits in a pocket you can buy for less than $2,000. Here’s how. 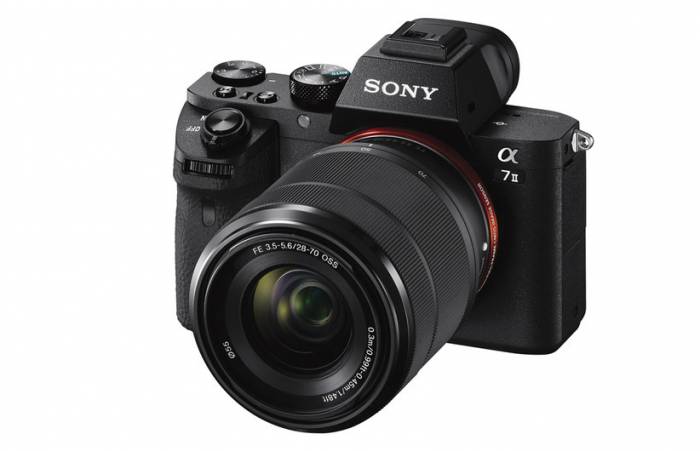 Bathed in rotor-wash in a field in Bhutan above 12,000 feet, I had an empty stomach and a head full of ideas. Steel and machinery – sounds we thought we’d left behind for this trail adventure – crushed our ears. The helicopter departed with Chris Ord, a trail runner, cinematographer, and father with pulmonary edema that was choking him to death.

Watching as Chris was evacuated, I stood there with Timothy Olson, Anna Frost, and eight frightened men from Bhutan. It was mid-morning on day five of “The Snowman Trek,” and the only way was forward. Our one way back to civilization had been on that bird, and Chris urged us to keep going. So we did.

And yes, Chris is OK. He even kept the camera rolling during his evacuation.

The Snowman Trek is a grueling 189-mile trek through the Himalayas in Bhutan. Most trekkers tackle the trail, which gains more than 48,000 feet of elevation, over the course of a month or more. Our movie documented a team doing it in 15 days.

Here’s how we made it happen with cameras that fit in your pocket.

Being in the right place at the right times is paramount. Don’t be afraid to pull out the camera you have – any camera – if something is happening. Authenticity is the backbone of a great story. Visuals can’t carry a whole film.

Two years ago a team of elite runners ran a trail many consider among the toughest in the world in a record time. With 11 mountain passes, most above 16,000 ft., this trail is a crusher. Now, their story is coming to the big screen. Read more…

In the scenario above, Chris kept shooting in the helicopter. He used a different version of the same pocket-sized camera I carry, the Sony RX100. He captured the alternate reality of his fateful flight while combating potentially fatal altitude sickness.

And now I have the footage to show the scene rather than just tell it.

2. The World is Your Tripod

Stability makes the shot easier to engage. All movement all the time is not necessary. Use a rock, a tree, moss, sand, snow – whatever you need, from the ground on up, can help stabilize the shot. 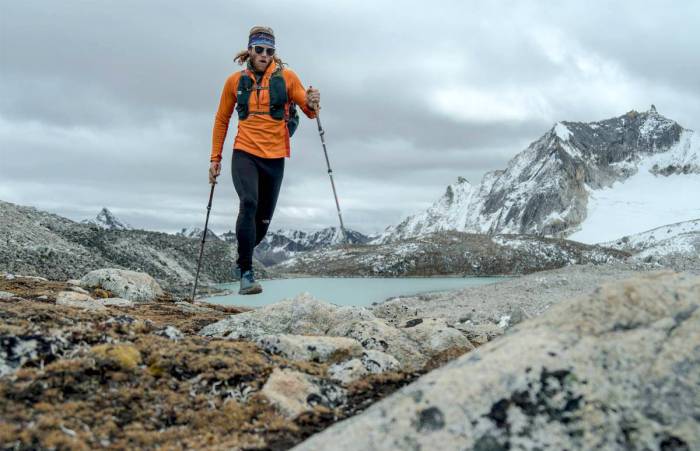 3. Digital is Your Friend.

Tapes, film, disposable batteries – all these things would have failed or slowed production when I began filming on DV in 2001. Invest in a small camera with a high frame rate and 4K.

As you shoot, review your shot in real time and nail it! With that review capability, the route to professional results is much shorter.

You can’t get it all, but try to. If you miss something, let it go – post-production may help fill it in if it was relevant. The key is establishing the location and getting dialogue when the film is always moving day after day.

I had no idea this film would go this big. But being as consistent as I would on a commercial shoot helped me produce my way through it, and let go of the emotional attachment I had to scenes that may have only been relevant to me.

I carried eight batteries for my Sony A7ii and four for my Sony RX100 MIV. There was no sun or viable electricity for almost 16 days. I took four Goal Zero Sherpa 100 packs, which saved the day. After all was said and done, I walked out with battery power.

Shooting ‘The Snowman Trek’: The Nitty-Gritty

Shooting a feature-length film takes practice and experience in a lot of post-production disciplines that may bore a lot of people out of being filmmakers. I don’t want to complicate the action, so I’m only going to say that getting the shot is one of the critical steps to ensuring post-production goes well. Fear of capturing footage in the moment with what you’ve got shouldn’t hold you back from the end goal.

We filmed “The Snowman Trek” over just three weeks in remote areas of Bhutan on foot. While we ran across one of the world’s hardest high-altitude commercial trekking routes seeking a speed record, I shot the footage with Chris until day five when he flew out.

At that point, I continued filming alone. There was no electricity available. The only cameras I had I’d carried the whole way. Experience was my only guide.

During the process, I recalled what it felt like to pick up the camera for the first time. I was overwhelmed with the assignment to shoot a feature-length film alone. Anything that could go wrong in the next 10 days could mean that all my efforts meant nothing.

And then I saw the other side of it. It was my choice to be there, and this was an opportunity. I did the work day in and day out. This movie would happen – even if the batteries died, the drone was too late for good light, the cameras were frozen or wet, or I was shivering and had to start moving again.

Small teams and small cameras can make for intimate access to big stories. Big enough for the big screen. The footage I got revealed the drama between people and showed off the enormity of the environment and adventure.

Because production didn’t get in the way of the story, we accomplished our goal and finished “The Snowman Trek” in record time. We recorded candid moments as we became friends without some huge creative team stalling us for back-and-forth sprint sessions in great light.

As an adventurer who shoots commercially, this was the first time I felt like the right kit was available to pull off shooting a high-failure-rate endeavor. It really played to the strengths of my method and compensated for the absences of resources we take for granted in the studio.

I didn’t need a tripod. I had fast, light, and cheap lenses, neutral density filters for all of them, a stabilizer, and a used drone I bought off eBay. When your next project comes up, try this kit. It’s good enough for a major release. And at the end of the day, any configuration of this camera or body with a lens will get you started!

Up Next: The Garmin Descent Mk1 Is Perfect for Spearfishing: Here’s Why