Home » Outdoor » What It’s Like to Spray a Bear: One Man’s Takeaways From a Close Encounter

One man’s day of backcountry trout fishing turned into an encounter with a charging bear. He credits FRONTIERSMAN bear spray for saving him from serious injury.

This is a story about preparedness. It’s backcountry season and thus, bear season. While we are highlighting bear safety and related products, we wanted to share some real-life insight from Michael McAlexander — someone who understands it all firsthand.

We chose McAlexander’s experience because it contains some common themes of bear encounters, and yet it’s unique. He lived to tell the tale.

“I was in Boise for a year right after college, dabbling in everything the backcountry had to offer. Idaho was perfect for it,” the 25-year-old told us.

It was late August, when the backcountry is in its prime, when McAlexander went out to a massive swath of public land in Idaho’s Frank Church — River of No Return Wilderness Area. He spent a Friday night camping at Dagger Falls, along the Middle Fork of the Salmon River, one of the few undammed rivers in the Lower 48.

His bear spray was very comfortable in a side pocket of his backpack. “The only reason I bought it was because a girlfriend was coming out and to make her feel better, and maybe my parents to not worry, I got some,” he said.

But early the next morning, McAlexander says he got a weird feeling when he stopped mid-hike to change layers.

“It was the damndest thing. The sun had come out and the frost of the morning was starting to give way — and I saw the bear spray and put it on my belt, where it stayed all day.” 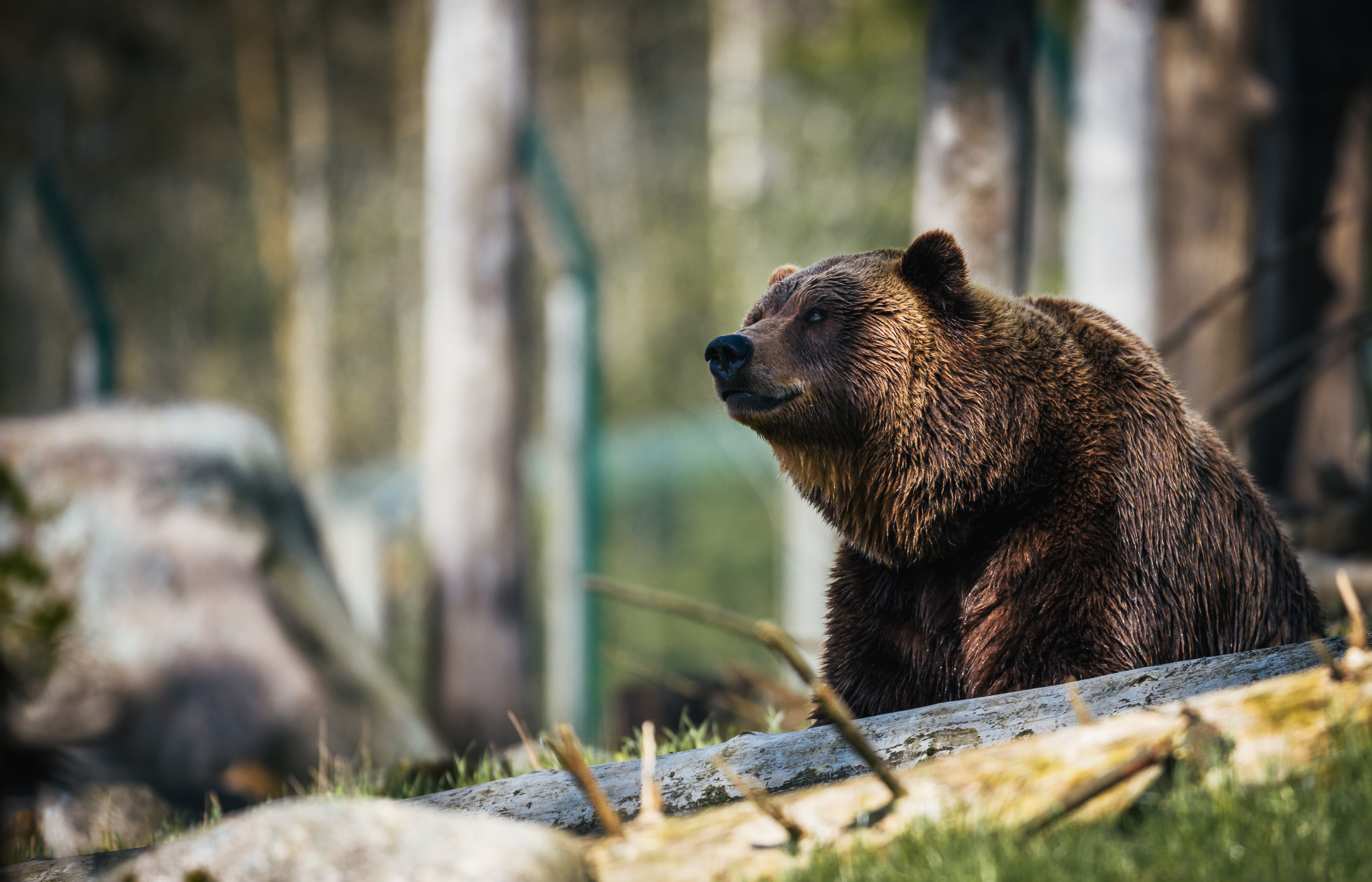 The Fly and the Bear

While choosing spots, he fought his habit of jumping at the first good spot he could find. There was a hairpin that put the river valley on his right, with shoulder-high grass and gravel beach along the river itself. He continued on and told himself he could always double back.

He made it 4 miles in before he stashed his bag and carried two rods to the water, where he had one of his most epic days with a fly.

“It was cutthroat after cutthroat coming up and just smashing the biggest, bushiest dry flies I could find.”

The return trip to the trailhead was long and he went into “robot mode” during the hike. Then, roughly three-quarters of the way around that same hairpin, he heard a bark.

“It was a sharp bark. That’s the only word I can use to describe it.” He whipped around.

“Before I could even process B-E-, the thing dropped off its two hind legs and boom, it was coming at me,” he recalled. “I don’t know what it was with my brain, perhaps from watching that one episode of MeatEater, I started yelling ‘Hey, Mama’ at her.”

Steven Rinella: Be a Survivor, Spot the Gorilla

The MeatEater founder has learned a lot from hunting, but perhaps nothing more important than how to embrace — not just survive — the elements. Read more…

With two rods in his left hand, his right fumbled to grab the bear spray holstered on his left hip.

“She was so close,” McAlexander said. “I would say she was every bit of 5 to 10 feet away by the time I’d yelled, popped the safety, and I hit her. I hit her with the spray. It did not make sense how fast this thing could move. Everything was in slow motion. She dropped her ass and glided like a ghost up this ridge, barking down at me, and there was this red mist, and she turned around.”

“It was upsetting, the sound of her claws ripping across river valley grass, and then it was on exposed rocks on the trail. This time she was more like 15 to 20 feet away.”

McAlexander’s initial surprise and shock shifted to rage. He dropped the “Hey, Mama” and cussed at her when she barked or stomped.

“We went back and forth in this strange dance. I finished the hairpin and she just stopped. I turned around and that was that. It was like a sparkler on the Fourth of July. It ended in this weird anticlimactic fizzle.”

He hiked the 2 hours back to the trailhead and drove the 4 hours back to Boise when he called his parents to check in. It was only then that he noticed his hand was itching and then burning. With his adrenaline subsided, he finally noticed the spray’s residue.

McAlexander says the encounter has stayed with him. In fact, he still keeps the bear spray canister he used in the Idaho backcountry on his bookshelf.

“The hubris of a young man was certainly chilled that day,” he concludes. However, McAlexander didn’t let that deter him from future backcountry adventures. “I was back the next weekend and the fishing was even better.”

He bought a new can for his next trip. And just as he returned to fish the same spot, he went with the same brand of bear spray: FRONTIERSMAN.

FRONTIERSMAN bear deterrents play a part in being prepared for any excursion into bear territory. Ideally, the use of other deterrents would prevent the need to ever deploy a bear spray canister because the bear would be alerted to your presence and avoid you.

The range of alerting accessories includes bells, which you can silence in more open areas, and a loud horn to announce your presence to a wide area of bear territory.

As with Mike McAlexander, there’s always the chance you’ll startle a bear and it will react defensively. He was prepared, though, and carried his bear spray within reach.

However, FRONTIERSMAN also sells 2-packs that include a practice canister. The glow-in-the-dark safety wedge is easy enough to find and remove, but why not familiarize yourself and get a feel for spraying downward at a 45-degree angle?

One final note: Remember that preventing a bear attack saves you and the bear.

This post is brought to you by FRONTIERSMAN. Find bear deterrent sprays and accessories here.

We talk with a bear safety expert to learn how to best use bear spray and take other precautions in the backcountry. Read more…

Bear Safety in the Backcountry

If you’re in the backcountry, you’re likely in bear country. Here's what you need to know to stay safe around bears. Read more…