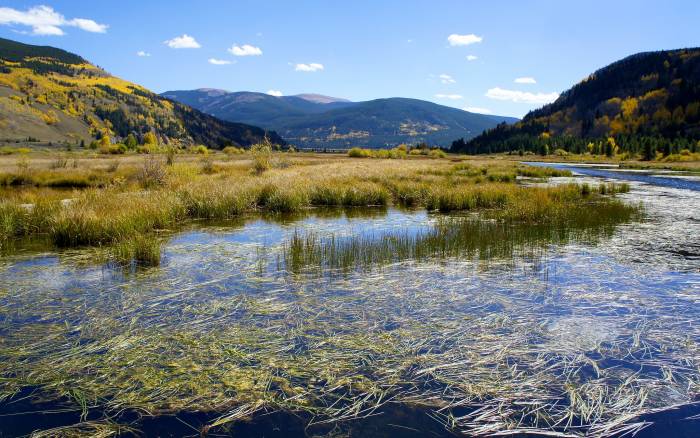 President Biden officially signed Continental Divide National Monument into existence on October 12 at Colorado’s historic Camp Hale. The home of the 10th Mountain Division in World War II, the site has long served as a hotbed for outdoor recreation.

The White House made the decisions public with a press release this week.

“This action will honor our nation’s veterans, Indigenous people, and their legacy by protecting this Colorado landscape, while supporting jobs and America’s outdoor recreation economy,” it said.

Outdoor recreation thrives around Camp Hale, in all shapes and sizes. Hunters and anglers, climbers, and even snowmobilers all know it well. Athletes in the Trans-Rockies Run spend a night there, and many soldiers who served on the base went on to found Colorado ski resorts.

“The creation of the 10th Mountain was dependent on the volunteerism of American outdoorsmen and women who could thrive in the high alpine conditions in which they would be asked to fight,” Hubbs said. “Hunters, trappers, skiers and mountain climbers all were brought together — following the submission of no fewer than three letters of recommendation each — to be invited to train with the 10th.”

Plans for Camp Hale as a National Monument

The Biden Administration said it will seek to foster the area’s history and recreation with a new management plan. The U.S. Forest Service will manage the area, and some user groups will see little change, according to the White House.

The new plan will “guide the development of education and interpretative resources, to share the area’s full story, from the history of Indigenous peoples, to the heroic training and service of the 10th Mountain Division, while maintaining space for the area’s growing recreation economy.”

Federal officials will address “contaminated lands” as well as manage the ongoing dangers of avalanche and snow safety. They will also focus on wildfire response and ecological restoration.

Camp Hale’s monument status also serves to protect climbing resources in the Tenmile range, including “roadside clip-ups and some exceptional” peaks and traverses, according to The Access Fund.

This marked the first time President Biden used the Antiquities Act to create a new national monument. The President had previously used the act to restore monuments that previous administrations had reduced or eliminated.

As the Access Fund noted, protections for Camp Hale did not arrive overnight. Bureaucratic tensions have wracked the process.

A bill called the Colorado Outdoor Recreation and Economy Act, or CORE Act, would establish sweeping conservation policies in the area. Backcountry Hunters and Anglers reported that the act has passed the House of Representatives five times. But like many bills, it has languished in the Senate.

While the organization framed the announcement as a step toward fulfilling the CORE Act, Republican lawmakers continue to oppose it. According to USA Today, some Congressional Republicans oppose it as a federal land grab.

Others have challenged Biden’s conservation policy on the whole, pointing out that his refusal to harvest oil and gas on federal lands undermines the country’s highest-funded conservation programs.

The act provides $1.9 billion annually for projects in national parks and other public lands. It also permanently funds the Land and Water Conservation Fund at $900 million annually (for the first time since the program started in 1964).

The Denver Post pointed out that the Legacy Restoration Fund receives its money from energy production on public lands. As a result, oil and natural gas provide 91% of the dollars available for the program. Coal shovels in 8%, and wind energy provides just 0.1%.

Meanwhile, the Land and Water Conservation Fund gets 100% of its funding from offshore oil and natural gas production. That’s why some critics view the Camp Hale decision as hypocritical.

The White House plans to protect the Thompson Divide with funds drawn from oil and gas production — while also limiting mining in the area.

If Interior Secretary Deb Haaland signs the directive, it will initiate a 2-year prohibition on new mining claims and new federal mineral leases in the 225,000-acre area. Following a public comment period and federal environmental analysis, the ban could stretch to 20 years.

Any new federal action would not affect any existing natural gas-related federal leases in the area. However, those account for just 1% of Colorado’s existing 3,000 such leases, according to the White House.

At present, the protections look like wins for Colorado conservationists. 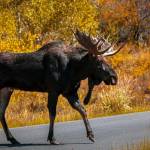 The bill was signed into law on November 15 by President Biden, and it's jam-packed with dollars for public lands, wildlife, and waters. Read more…