Thru-hikers put gear through next-level testing, crossing thousands of miles on foot. We spoke with a hiker who has completed some of America’s longest trails multiple times to get his take on top hiking gear.

Dan “Knotts” Binde has hiked across the United States more than seven times. In 2016, he hiked the “triple crown” of the Appalachian, Pacific Crest, and Continental Divide trails. He attempted to do it again in 2017, setting a short-lived FKT on the AT along the way.

Binde gave up on the CDT in late fall as snow blanketed the Rocky Mountains. It’s worth a visit to his Instagram to see the crazy videos of him out hiking in snowstorms (below) or anywhere else in North America!

We were curious about his favorite pieces of gear. So we gave him a call to find out what he’ll be toting this summer as he hits the the Arizona Trail and Alaska for some FKT attempts.

“It’s overkill down in the desert, but I don’t have to ship any supplies,” Binde said. He was referring to the made-in-USA, 10-degree-rated down sleeping bag’s remarkable warmth.

While it’s overly toasty in the desert, it keeps an exhausted hiker warm even in alpine conditions. And it weighs just 1 pound 14 ounces.

“My first thru-hike on the PCT I was dying. I tried a light blanket, and I was freezing,” Binde said. “I like having the bigger packs and can carry more food and still have room for a warmer sleeping bag.” 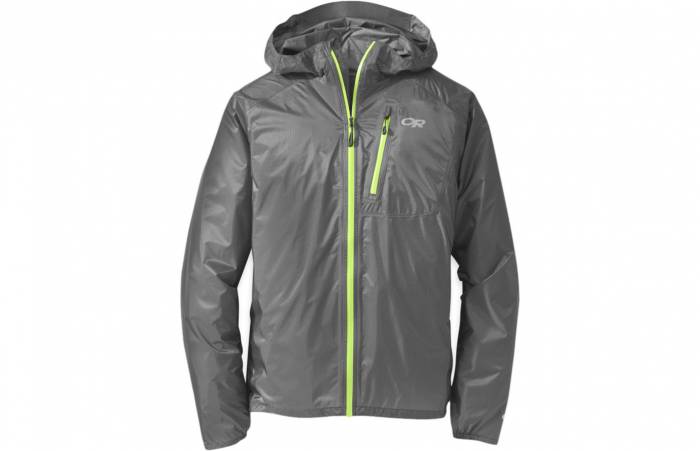 “I kind of stole a handful of ideas from a buddy in Alaska,” Binde admitted. “This was one of them.” He said the Outdoor Research Helium 2 proved to be super durable and doubled as a rain jacket and windbreaker.

“My body tends to stay warm if I can block the wind out,” he said. “It’s lighter than a rain jacket, it’s breathable, and packs super small. It cinches down at the waist and face, and keeps heat in like crazy. It’s super nice. I don’t really have any negatives. I’ve put tons of miles on it, and it’s still holding up.” 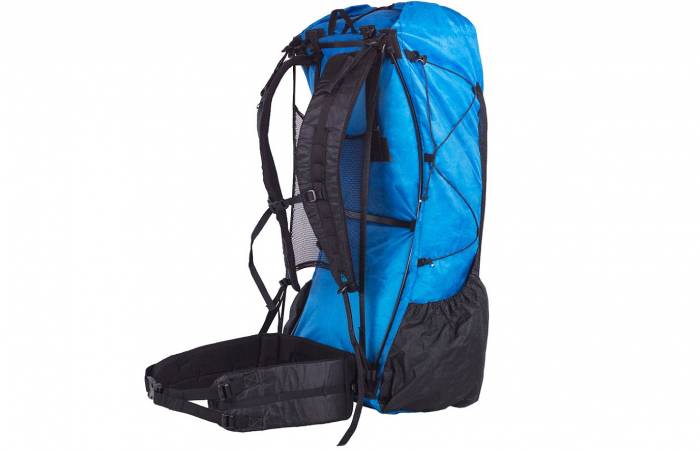 This is the lightest frame pack Binde has used. “It fit quite well on my back,” he said. “I haven’t switched up my packs a lot, but once I got used to it, it was solid, really durable – which I was worried about.”

According to Binde, the Arc Blast allows for “super easy” access. It rubbed his shoulders a little, but it’s a lot smaller and lighter than an old-school pack.

He has also used Ultralight Adventure Equipment’s Circuit and Catalyst packs. The latter holds up to 70 liters for wintry sections, and Binde said he might use it on the Brooks Range. 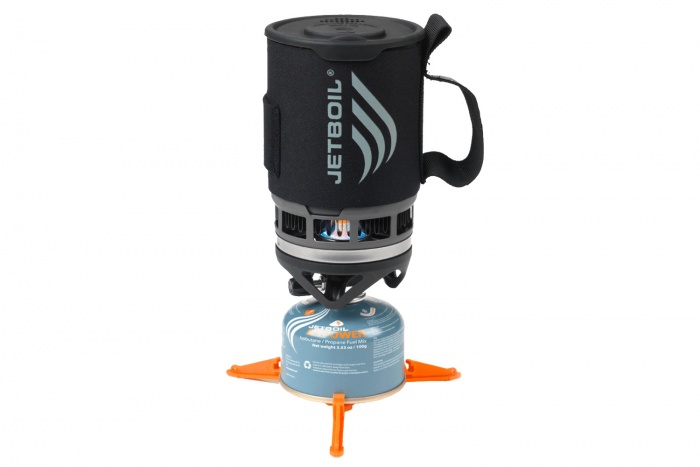 Binde told us he’s used both the Jetboil and MSR ultralight stoves for cooking on trail. And each has its advantages.

“I kind of miss the [MSR] Pocket Rocket, but the Jetboil is more efficient,” he said. “With the Jetboil, it lasts like 1,000 miles for one little canister. Once I switched from the Pocket Rocket to the Jetboil I haven’t gone back, but I’ve thought about it.”

“Tilley is the best in its class, the Cadillac of hats,” Binde said. “The majority of my hiking has been with a Tilley hat.”

Check out his Instagram, and you’ll see that hat featured all over the place. And for good reason: It’s super protective and is great for preventing sunburn. Thanks to its strap, it stays in place even in winds over 50 mph, Binde said.

Bonus: The Tilley lets cool air flow through for ventilation and has a pocket for money. It has a lifetime warranty. 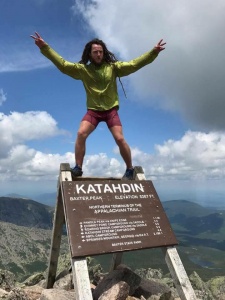 “When it comes down to briefs, Adidas ClimaCool are No. 1! I’ve worn tons of different brands. I am actually wearing them right now.”

Binde said that when attempting an FKT on the AT, his Under Armour briefs were “bulky and wearing down quite fast.”

“At the time I thought they were great but was blown away after I made the switch,” he said. “Adidas ClimaCool are thin and extremely durable. They have lasted just as long as the other brands I’ve used before.”

Of the Asics Venture 6, Binde said, “I wore Altras during my first triple crown and have worn Asics for the past year to go cheaper. I had the Lone Peak 1.5 and I loved them. They didn’t have a rock plate, which destroyed the nerves in my feet. At 1,000 miles a pop, they were shot.”

The GEL-Venture 6 weighs in at 11.2 ounces, but delivers enough shock absorption for long days on the trail. It has multi-directional lugs for traction and a toe bumper for protection. The trail-runner gives fast hikers a light choice for big miles.

Saving…
MSR Hubba Tour 2 Tent Review: Weather Storms in Style
Thru-Hiking the Appalachian Trail: Why We Do It
×