Jackson Kayak owners launched the new brand Blue Sky Boatworks this month. Its twin-hull design grabbed the attention of the kayak fishing and recreation market, and it’s taking the Kickstarter world by storm. 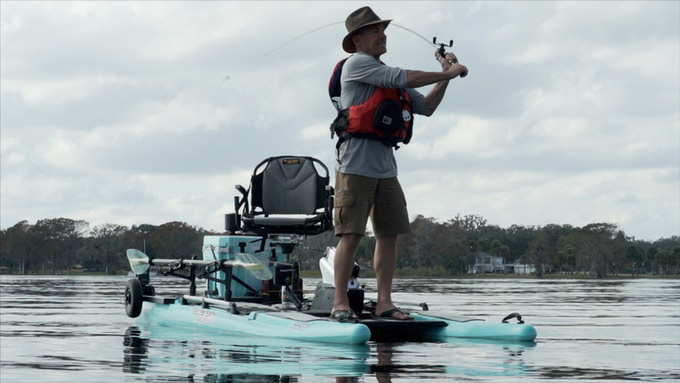 Jackson Kayak has a rich history of whitewater kayaking. Founded on whitewater kayaks, the brand expanded to fishing kayaks in recent years. There are currently 19 different sit-on-top, single-hull watercraft in the line.

Blue Sky Boatworks takes it a step further. Eric Jackson launched the new brand to bring double-hull kayaks to the fishing world. The concept was first conceived in 2015, with initial construction finishing up in summer 2017.

The brand claims it makes “a new kind of quiet watercraft” that is “nimble as a kayak, stable as a catamaran, comfortable and customizable as a bass boat.” The results of product development are the 360 Escape and 360 Angler. A 360-degree swiveling seat and catamaran design are the signature components of both crafts.

Jackson Kayak hired longtime paddlesports expert Andy Zimmerman and his design crew, including multihull specialist Jim Brown, to assist in the project. Conversations about creating this new design began in 2015, and the initial drawing was submitted in late 2016. 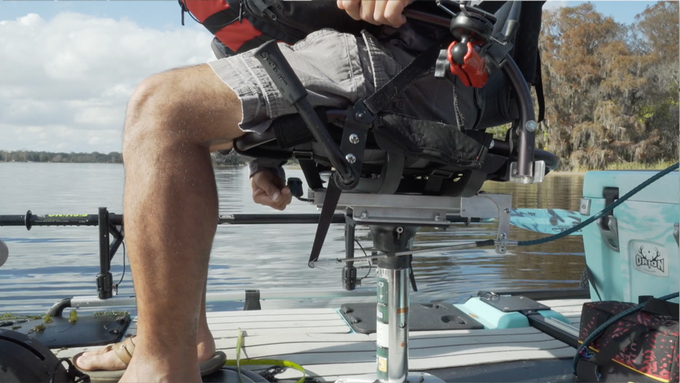 In summer 2017, the first prototypes hit the water at Paddlesports Retailer and Outdoor Retailer shows. The boats turned heads.

“A new category of personal watercraft … what could be more exciting! Jackson Kayak loves to innovate, and we come up with a big thing every few years,” Eric Jackson enthusiastically shared about his company’s innovation. “The Angler 360 is one of those big deals.”

Since Jackson’s previous statement, the project has expanded. Enter the 360 Escape and 360 Angler. Both offer a 360-degree swivel seat and Jackson Kayak’s FlexDrive pedal system. 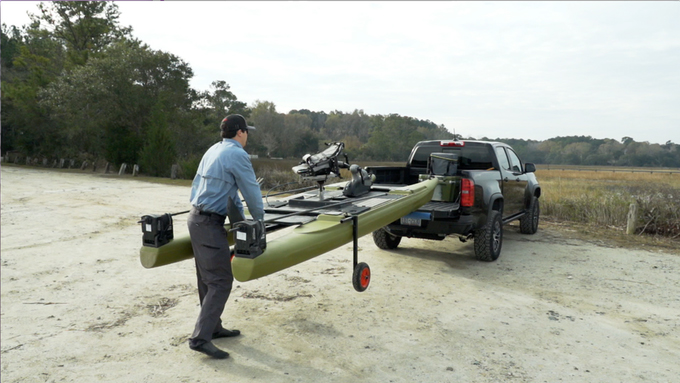 Kickstarter pricing for the 360 Escape is $2,499, with retail pricing increasing to $2,999 after the campaign ends.

Jackson Kayak decided on Kickstarter to fund Blue Sky Boatworks. Donors have poured in, thanks in part to the positive reputation of predecessors Jackson Kayak and Orion Coolers.

And, by participating in trade shows, Blue Sky sparked interest in the campaign into a figurative firestorm. 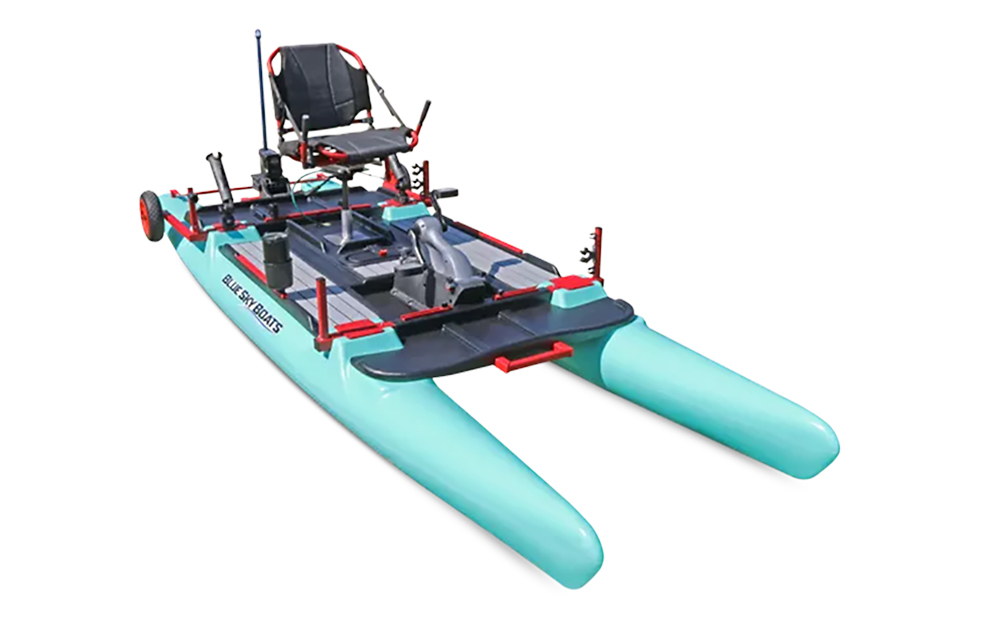 “We set our goal a little low, WAY below actual R&D costs, because we wanted to be 100% sure we would be able to reach it,” said founder Eric Jackson. “We were so excited that we did reach our Kickstarter goal in 45 minutes, and we doubled the goal in the next 3 days, with 26 days to go.”

Today, the funding continues to grow and is on track to exceed three times the initial financial goal. Blue Sky Boatworks’ 360 Escape and 360 Angler will ship in June to pre-sales and dealers.

More information on the products is available on the Blue Sky Boatworks Kickstarter campaign page.