Catch more fish, fish more spots, and get some exercise — the Old Town Predator PDL fishing kayak has plenty of upside. We took it up and down the largest reservoir in Kansas to see just how well it performs. 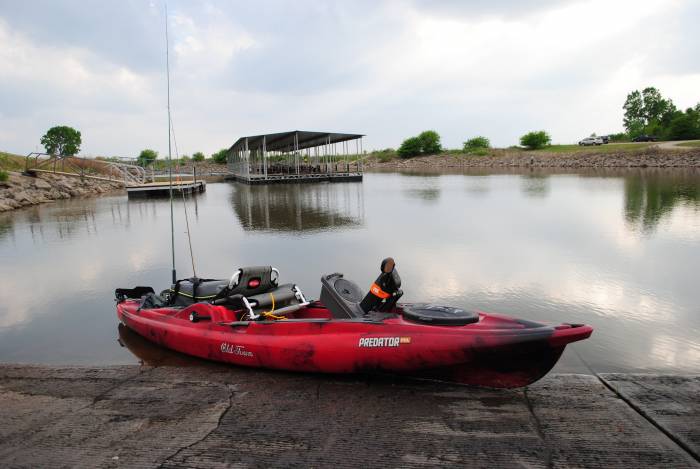 There should be only one question when thinking about buying new gear: “Will it help me do what I want to do better than I can do it now?”

In testing the Old Town Predator PDL ($2,799), I needed to know: Would this kayak help me catch more fish? I’m happy to report that the answer was yes.

And that’s good because you can almost buy a used boat for the cost of this feature-rich pedal kayak.

I put the Predator to the test fishing on Milford Lake in Kansas. With 15,700 acres of water, it’s the largest reservoir in the state. Crappie, bass, walleye, wipers, striped bass, and channel and blue catfish thrive within its banks. 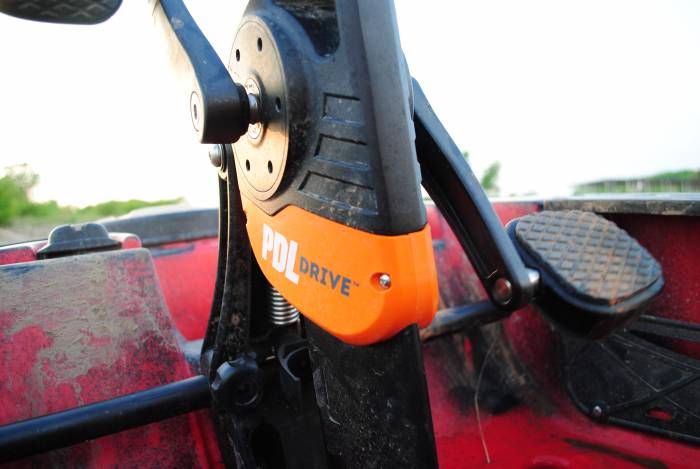 I concentrated my efforts on working near-shore structure and rock flats in shallower water. The PDL Drive made getting to these spots quick and easy. Water levels were sometimes low where I fished, so I had to get creative with my launch sites.

Instead of putting in at my normal crappie spot and working the shore up and back, this year called for a different launch site on the opposite side of the cove. Ten vertical feet, a kayak, and my coordination made the switch a no-brainer.

In truth, it was only another half-mile from my normal put-in, but that was nothing for the PDL Drive. The PDL Drive is smooth, faster than paddling, and helped me cross long distances much more efficiently. It works for fresh and salt water. Even better, it requires no maintenance other than rinsing. 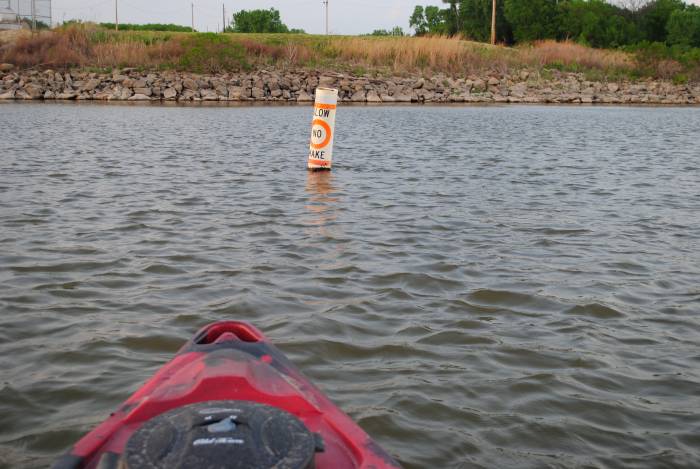 Once or twice, the prop found some weeds and needed a good cleaning. That process is easy and straightforward. Just unlock the PDL Drive, flip it up into the built-in rest, extricate said weed, flip down, lock, and keep pedaling.

The PDL Drive not only made the distance easy — it also let me work close to structure and fish against the current without always needing to drop anchor. Think of it as a trolling motor, except you won’t need a battery, constantly-in-the-way power cables, or foot controls.

The PDL Drive is great, but the ability to easily change direction and keep the keel in line is just as important when fishing structure. The Predator’s layout was obviously well thought-out. 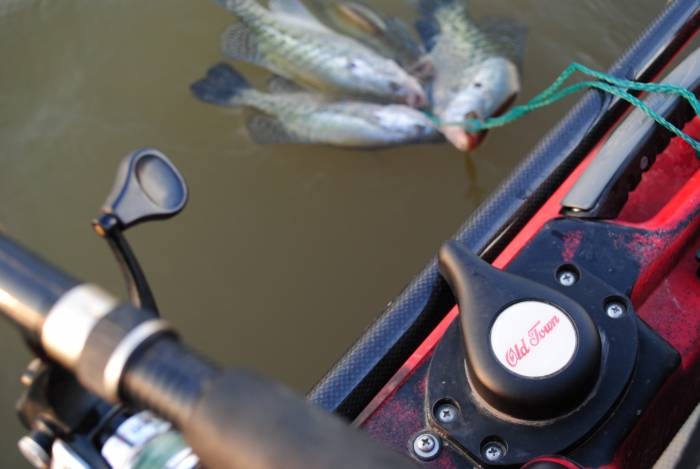 The rudder is connected via pulley system with a deployment lever on the right and a rudder control on the left, both located comfortably within arm’s reach. Control isn’t as valuable in most situations — unless you can keep yourself in the right spot and fish.

Once the rudder is flipped in the water, your left hand keeps the nose pointed in the right direction with the rudder control while the PDL Drive keeps you going at whatever speed is right for the situation. It takes a little practice, but it’s simple and intuitive after a while.

I’m pretty sure I would crush at the yacht club now.

The PDL Drive is pretty awesome. The hull is excellent at cutting through the water, and the rudder controls make nuanced control a breeze. And there are a few other very clever amenities for the modern fisher. 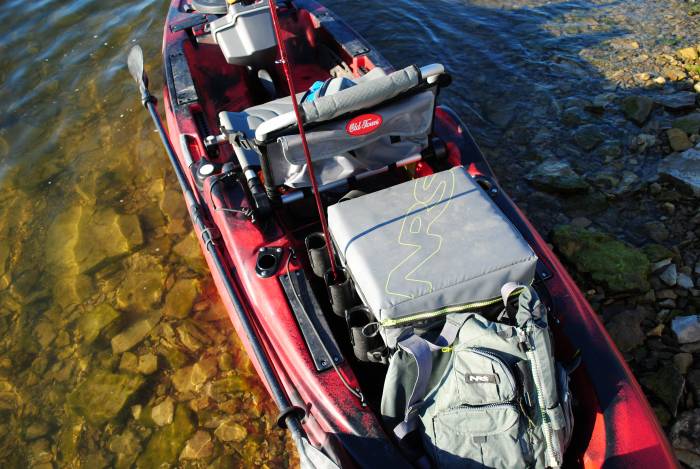 The Predator has six mounting brackets spread across the yak in convenient spots. Rod holders, anchor mounts, and depth finders will find a nice home in just the right spot.

The seat is super comfortable, with plenty of back support for those who sit at a desk all day and have weak cores (myself included). Not only is the seat comfortable, but it’s also adjustable. I’m 6 feet 5 inches with a 36-inch inseam and didn’t top out the sliding seat adjustment. So there should be plenty of customization for everyone.

And there’s plenty of storage, with one large compartment in the bow and one under the seat. Most of my fishing trips were three- to four-hour excursions, and the flat deck just behind the seat (tie-down bungee included) provided more than enough room for the essentials. Because I’m lazy and pedaling beats paddling, the paddle stayed stowed in the handy side bracket most of the time. 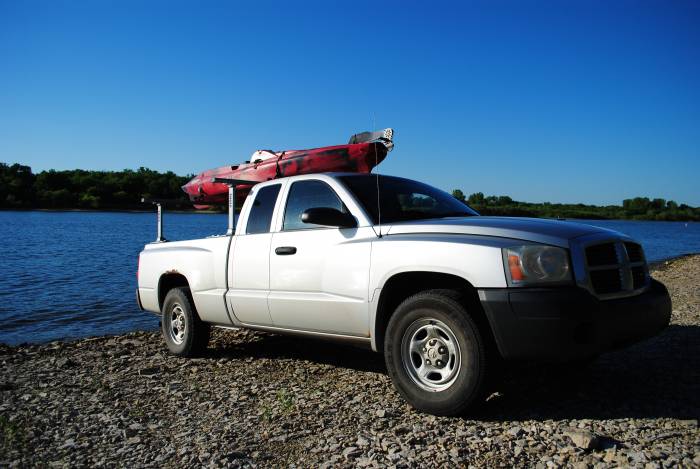 The Predator is big: 13 feet 2 inches long. It’s is also very heavy at 117 pounds. I had it strapped to a truck rack when traveling. On more than one occasion, a fellow fisherman kindly helped me Olympic Snatch it into position.

If you decide to go for this kayak, a trailer, truck-bed support rack, or stout friend might come in handy. 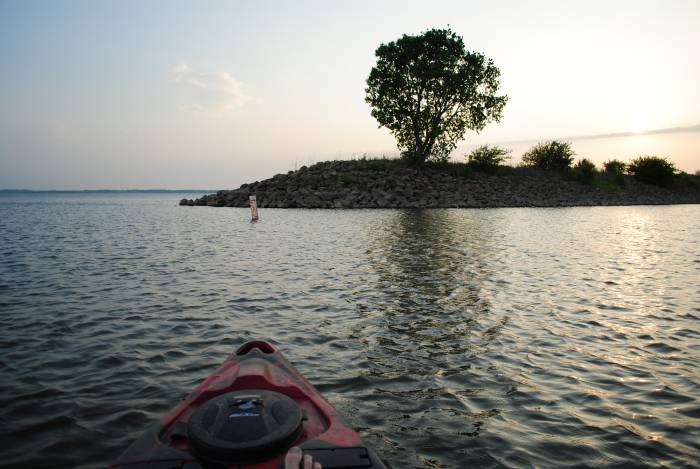 Circling back, the fundamental rule for gear is that it must help us do things better than we could before. The Predator absolutely did this. But then again, a lot of kayaks would. Where this specific kayak excels is the fishability factor.

Everything about the PDL Drive, from the rudder control to the mounting brackets, was designed with an eye toward fishers — men and women. I caught more fish because I fished from the Predator, plain and simple.

Up Next: World’s Toughest Grandma Fights Off, Strangles Rabid Bobcat