The limited-edition run of Chaco sandals pays homage to the original footless superhero. 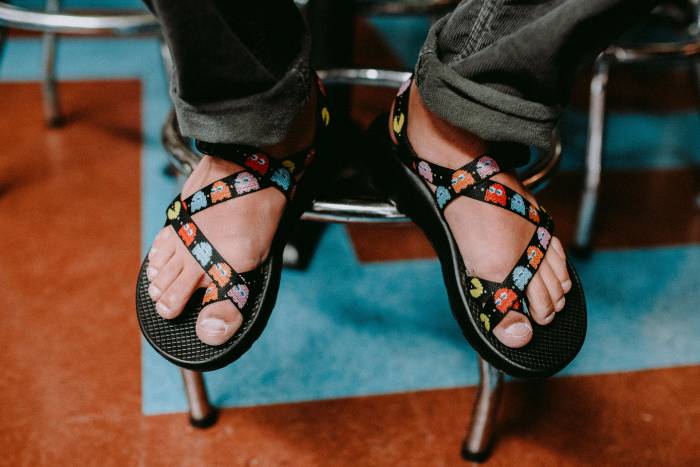 Chaco’s latest sandal is a big step back. About 30 years back to be specific.

Citing “a major fashion trend in the marketplace,” Chaco unveiled the limited-edition Z/2 Classic PAC-MAN sandals for men and women. The yellow wonder and all four ghosts grace the straps and webbing of the USA-assembled sandals.

The trend in question is the recent love of all things dated and formerly hip. Think PBR, pinball, and Charlie Sheen—all of which are inexplicably no longer uncool.

Born in 1989, Chaco technically has a claim to ’80s Americana. And, despite originating in Japan and not having feet, Pac-Man is about as ’80s and American as it gets. 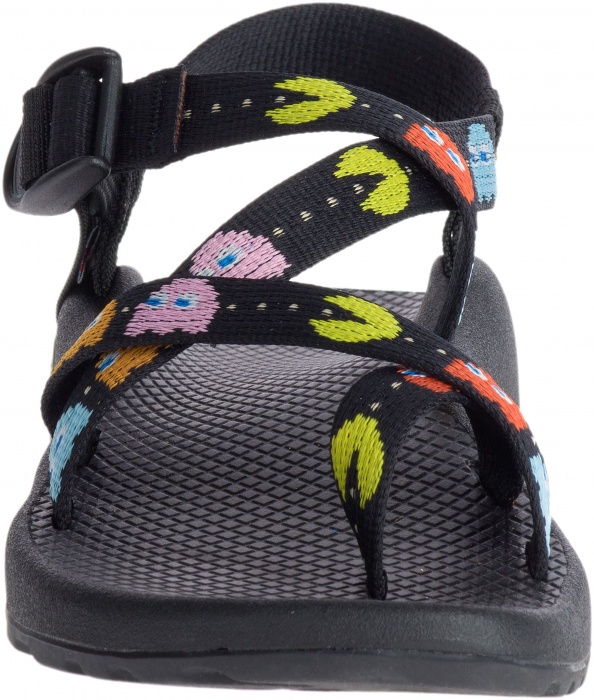 “Throwbacks to the ’80s and ’90s are part of a larger consumer shift where we’re seeing our fans want to reminisce about simple pleasures from the past,” said Chaco brand manager Josh Weichhand. “Pac-Man is the kind of unexpected, yet totally recognizable pop culture symbol that our fans have been hoping to see from us.”

The standard Z/2 Classic PAC-MANs have the iconic 8-bit arcade print on the webbing and heel riser. But buyers can customize the Pac-Man graphics specifically where they want them. They can also add other colors to the stitching, buckles, and straps.

Weichhand noted that Chaco’s growing presence in Asian markets, coupled with the true Pac-Man heritage there, means these sandals will relaunch again sometime in 2018.