The proposed Polymet mine would create jobs — and sulfuric acid — near America’s ‘Greatest’ Lake.

Officials in Minnesota issued a “draft permit” to Polymet Mining on Friday, moving the company’s long-debated mining operation near the Lake Superior watershed a step closer to reality.

The permit opens the 10-plus-year project to a public comment period — a crucial next step before the state’s Department of Natural Resources and Pollution Control Agency potentially signs off.

It’s a major advancement for a mine that has stirred controversy and debate in northeastern Minnesota for more than a decade. And it closely mirrors a similar project taking shape near Minnesota’s Boundary Waters Canoe Area Wilderness (BWCAW).

At issue is a new kind of mining operation for the state of Minnesota, one that has the potential to create thousands of jobs and billions in economic impact to the state. But experts also warn the unique mining process could leach toxic chemicals into the Lake Superior watershed. 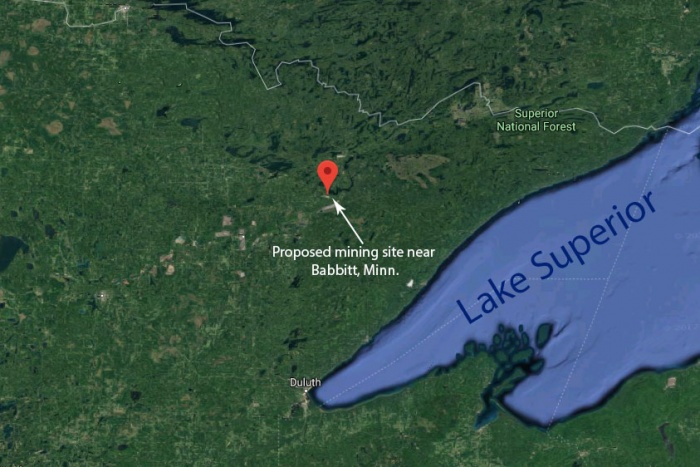 While the state is no stranger to taconite (a.k.a. iron-ore) mines, large-scale copper-nickel mining is relatively new to the area. And copper-nickel mining’s process is different from iron-ore mining in that it creates large quantities of sulfuric acid and toxic chemicals.

With taconite mining, the ore is separated with magnetism. Copper-nickel mining removes copper from sulfur deposits with heat, pressure, and chemicals.

Environmental groups vehemently oppose the mine, citing concerns with Polymet’s and other companies’ ability to ensure those chemicals stay out of the ecosystem. Despite this, Polymet has assured new protocols and technology will prevent that from happening.

Meanwhile, camps on both sides of the issue near the Lake Superior area are closely watching the situation unfold. That’s because the Polymet mine could serve as a bellwether for another copper-nickel mining project near the BWCAW.

Twin Metals’ mine near Ely, Minn., has likewise received opposition — on an even greater scale — while inching through legislation. That mine appeared dead in the water following an Obama-administration ruling against it. But last month, Interior Secretary Ryan Zinke reversed that decision, paving the way for Twin Metals to move forward.

Locally, both projects present difficult issues for Minnesotans to face. But they also suggest serious challenges ahead for outdoors enthusiasts and others who value our wild spaces.