Prevent, identify, and treat Lyme disease as the summer season kicks off. Here’s how.

There are plenty of misconceptions surrounding Lyme disease and a lot that is still not understood. However, there is plenty of solid information to protect yourself and stay healthy, even if an infected tick bites you. Here’s what you need to know.

Do The ‘Tick Check’

1) It’s All In The Ticks. Lyme disease is exclusively transmitted to humans by blacklegged ticks – commonly called deer ticks. There is no evidence to suggest that Lyme is transmissible person to person.

2) One Bad Apple (Seed). Adult blacklegged ticks mature to no bigger than the size of a small apple seed, so check yourself thoroughly if you may have come in contact. Ticks tend to attach near the groin, armpits, and scalp.

4) Long Bites Are Bad. Always check yourself, friends, and family immediately for ticks if you’re in areas where you’re likely to encounter them. Ticks can only spread Lyme if they’re attached for at least 24 hours, and generally won’t spread infection until 36-48 hours after biting.

5) Use Tweezers To Remove Tick. DO NOT use petroleum jelly, nail polish, or fire to kill the tick. Grasp the tick firmly as close to the skin as possible and pull it away from your body – be prepared, its mouth parts may remain attached. Cleanse the area with soap and water. According to the CDC, there is no need to save the tick because “in general, testing of individual ticks is not useful.”

6) 300,000 Bites Per Year. The Centers for Disease Control estimates that “around 300,000” people contract Lyme disease annually, with only 10 percent of all cases being reported to the CDC. That makes it the fastest-growing bug-bite illness in the U.S. The CDC reports that Lyme is increasing faster than any other vector-borne infection. 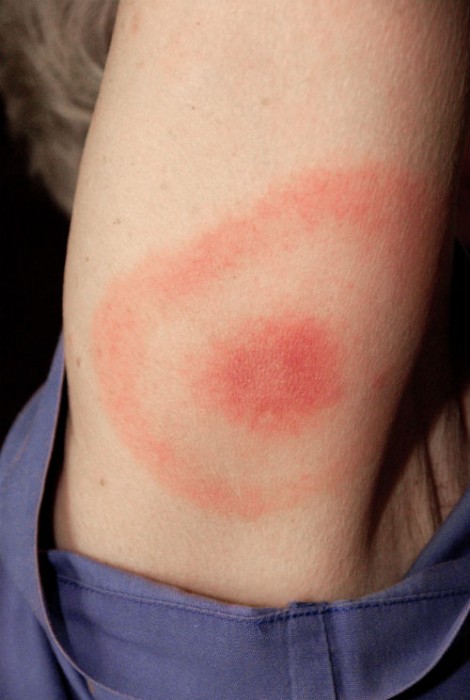 7) Bull’s-Eye Rash, Usually. The most notorious symptom of Lyme disease is the unique “bull’s-eye” rash, so named because it radiates outward up to 12 inches from the site of infection over the course of several days. While most infected individuals develop the rash – estimated occurrence in 70-80 percent of cases – many never recall seeing it, as it may not present for up to 30 days following infection.

8) More Severe Symptoms. In addition to rash, fatigue, and fever, Lyme disease can cause Bell’s palsy (facial paralysis), heart palpitations, and arthritis. Like other symptoms, these generally clear up after treatment and are not permanent.

9) The Real Culprit. Ticks are merely carriers of the bacteria that causes Lyme disease, or Borrelia burgdorferi (named after the researcher Willy Burgdorfer, who first isolated the bacterium in 1982). 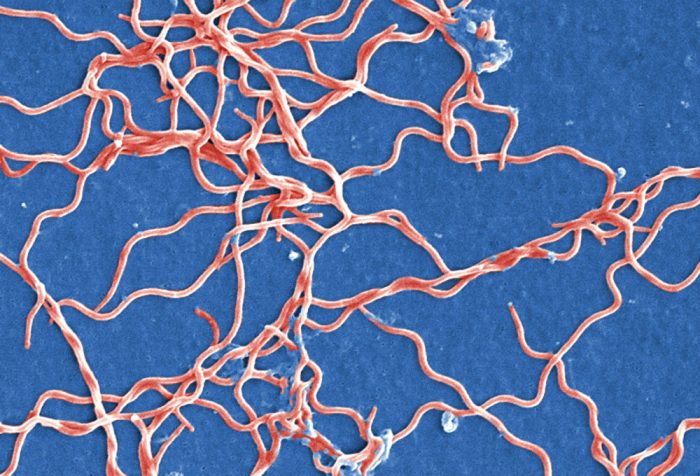 10) It’s Curable, Mostly. According to the most doctors, the majority of cases — especially when diagnosed early — can be completely treated with antibiotics and effects reversed. Treatment consists of two to four weeks of oral antibiotics. In some cases, especially when the infection goes untreated or unnoticed for months or longer, post-treatment Lyme disease syndrome (PTLDS) can occur. When this happens, fatigue, pain, or joint and muscle aches can persist for months after treatment has ended. While the cause of PTLDS is not known, the CDC says the symptoms fade on their own with time (often months).

11) Some Controversy. While immediate treatment of Lyme disease is straightforward, there is disagreement within the medical community about the long-term effects and treatments associated with it. Specifically, according to a Lyme disease advocacy group, some people treated for Lyme disease experience symptoms “similar to that of patients with congestive heart failure.” The controversy lies in whether or not patients are better served with a longer course of antibiotics to fully eradicate the infection.

12) No Guarantees. We treat Lyme disease with antibiotics. The earlier treatment begins, the better. While most cases of Lyme, like many infections, exhibit no further symptoms after successful treatment, there is no test to verify that the bacteria has been eradicated from the body.

13) Neither Positive, Nor Negative. Blood tests for Lyme are notorious for false results — it’s really all about timing. It can take several weeks for the body to begin producing antibodies, which the tests target, against infection — well after the onset of symptoms — resulting in false negatives. These antibodies can also remain in your system long after Lyme has been successfully treated, resulting in false-positives.

14) An Ounce Of Prevention. The best way to avoid tick bites is by covering as much exposed skin as possible — long pants and sleeves, as well as long socks. Additional steps to dealing with ticks:

15) A Great Place To Visit. Lyme gets its name from the coastal town in Connecticut where it was first described in 1975.

16) Not Just Lyme. Ticks can transmit a host of infections that result in sickness among humans – including Rocky Mountain spotted fever, tularemia, and anaplasmosis.

Up Next: Fire-Starter Face Off: Lighters, Matches, Ferro Rods

Saving…
Fire-Starter Face Off: Lighters, Matches, Ferro Rods
How To: Choose A Cooler For The Outdoors
×