The code-speak of the outdoors world comes largely in three- and four-letter acronyms. This list includes three-dozen you should know. 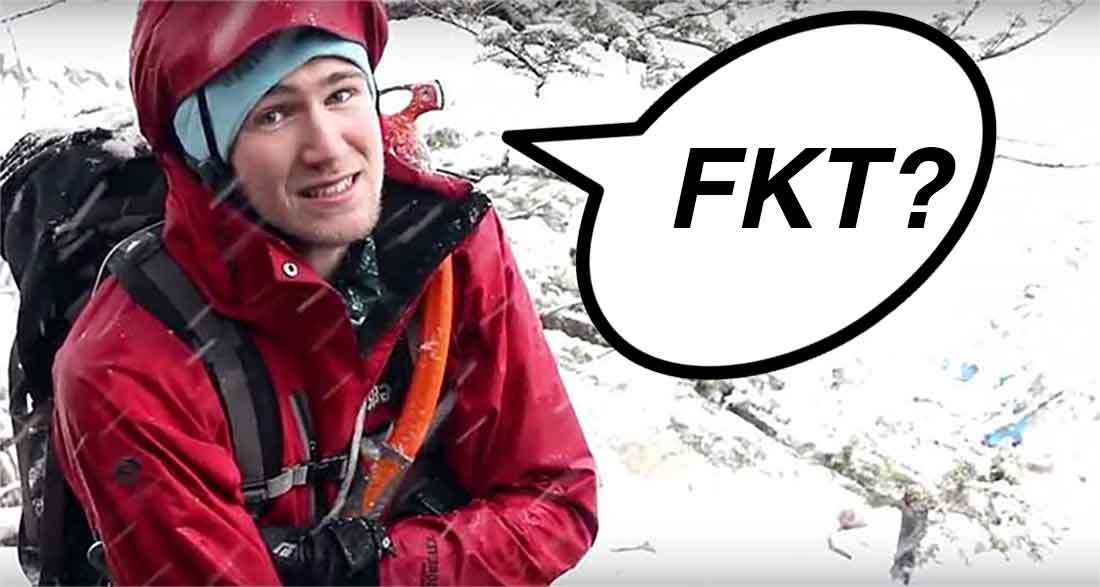 Code words, abbreviations, and industry-speak pervade in the outdoors world just like any niche space. We kicked around a few acronyms heard every day on ski slopes, hiking trails, and at rock-climbing crags.

This article is your primer, 36 lettered abbreviations every outdoors-person needs to file away for communication purposes as well as show-of-face out there in the social wilds.

Not precisely an acronym, but the term 14er gets tossed around in the outdoors lexicon enough to be mandatory knowledge. Colorado is home to a lion’s share of 14ers, and the term is widely used in the state. But any peak (in the U.S.) over 14,000 feet qualifies for the name.

Also known as altitude sickness (or soroche in Spanish), AMS is a common affliction to anyone traveling above about 8,000 feet. It results in nausea, breathlessness, and headache. It’s basically a hangover without the drunk. Avoid AMS by drinking lots of water, traveling slowly to high altitude, and avoiding alcohol. Those with AMS should be monitored for the possible progression into more severe illnesses HAPE and HACE, noted below.

The Appalachian Trail is among the oldest and longest trails in North America. Stretching from Mt. Katahdin in Maine to Springer Mountain in Georgia, the 2,200-mile trail is the center of a yearly migration of through-hikers on a mission to trek the trail’s entirety over multiple months.

Inside your knee, this vulnerable piece of anatomy is commonly injured in the outdoors, especially by skiers. “I tore my ACL” is an unfortunate quip echoed across the ski towns of North America.

A military acronym, “going AWOL” now sees wide civilian use. “Hey, where’s Frank? I thought he was cleaning up camp,” a friend may ask. “I don’t know, he’s AWOL. Maybe got eaten by a bear.”

BASE (Building, Antenna, Span, and Earth)

Among the most extreme and dangerous sports, BASE jumping entails leaping from a high structure – building, antenna, span (bridge), or Earth (cliff) – with a special, rapid-deploying parachute.

An industrial chemical, BPA is used in plastics, including water bottles toted by outdoors types. But when research nearly a decade ago revealed BPA can seep into food and beverages (causing possible adverse health effects) it shocked the outdoors industry. Many brands took quick action, and now bottles and containers list products as “BPA-free.”

Quite simply, BTU is a unit of measurement for energy. Specifically, it represents the amount of energy it takes to raise one pound of water one degree (ironically, it is not commonly used in the U.K.). For the outdoors world, BTUs often express the “horsepower” of a camping stove.

A 1,090,000-acre wilderness, the BWCA of northern Minnesota is dominated by deep woods, small lakes, and portage trails that connect them. It borders Canada, and on the Canadian side is the even larger Quetico Provincial Park. Canoeists travel unimpeded through the vast wilderness for weeks while camping, exploring, fishing, and adventuring in an unspoiled oasis of motor-free bliss.

River folks will get this one. CFS is a measure of the amount of water flowing downstream. The bigger the number, the more water. Most rivers ride best at a given CFS range that varies with water levels and storms.

A DWR coating helps water bead on jackets. It’s a common chemical coating that remains useful in fabrics even after many wash cycles. It does, however, lose effectiveness over time, and it can be revived with products from Nikwax, Granger’s, McNett, and Penguin.

If you’ve used bug spray in your life, you’ve at some point worn DEET. It’s a proven effective deterrent to mosquitos and ticks, although it’s one nasty chemical.

What started with the humble pocketknife has grown into an obsession for some. Everyday carry refers to gear you carry all the time. It could be a multi-tool, a knife, a card tool, or a keychain gizmo. The movement has spawned all sorts of products and even wearable tool-jewelry from Leatherman (see the Tread).

An EPIRB alerts search-and-rescue personnel of an emergency by transmitting a coded message to satellites, which in turn is passed to local authorities. EPIRBS come as handheld units or are mounted on boats (and can be triggered automatically in event of a disaster at sea).

The crowning achievement within the climbing world, a first ascent means just that – the first recorded successful climb of a given cliff face, mountain, or climbing route.

If and when you venture into the wonderful world of recreational vehicles, a full-hookup campsite will be your bread and butter (and coffee). A full-hookup site provides electricity, water, and sewer/septic.

Who did it fastest? FKTs are do-it-yourself recorded feats tracked using a GPS device (in phones or watches) or simply by keeping a record of the time it took to run, bike, climb, or hike a particular objective. These vary from short runs to huge, months-long efforts on the AT (see above). A popular site for tracking FKTs hosts boards where “competitors” post best times.

FUBAR (F___ed Up Beyond All Recognition)

A term of military origin, when things are FUBAR, they are really bad. Buddy got caught in an avalanche and has a broken leg 10 miles from the trailhead? FUBAR. Bear ate your food and smashed your gear deep in the Alaska wilderness? Also FUBAR. It is a very versatile term.

A network of GPS satellites provide coordinates all over the planet. Made for military use beginning in the 1970s, the system was opened for civilians and industry to access in the 1990s. In the outdoors, standalone GPS devices, smartphones, and GPS-enabled watches are used for emergency rescues, fitness tracking, and navigation.

A condition in which the brain swells with fluid in response to high altitude, HACE is a serious concern. Victims become disoriented, lethargic, and nauseous, among other symptoms. The immediate course of action is to descend to lower elevations, as HACE can result in a coma and death.

This potentially deadly ailment is caused by the body’s response to low oxygen at high altitude. Lung arteries develop excessive pressure, resulting in an overflow of fluid in the lungs. Signs include fatigue, breathlessness at rest, fast, shallow breathing, cough, rattling breaths, chest tightness, blue-gray lips or fingernails, and drowsiness. The first course of action is immediate descent to a lower elevation.

Climbers know this one because “KN” is stamped on many pieces of climbing equipment. Kilonewtons are a measure of force, and the “KN” stamp designates how many of these units the device can support without breaking. A newton is the amount of force required to accelerate a mass of one kilogram at a rate of one meter per second squared. A kilonewton is 1,000 of these. To look at it another way, on the Earth’s surface, a force of 1 kN of gravity would be exerted on something that weighs about 224.8 pounds.

KOM (King Of the Mountain)

Popularized by the app Strava, and similar to an FKT (see above), a KOM is a record time set on a predetermined run or bike segment. Strava ranks fastest times, with the top performer sitting atop the list as the designated “king of the mountain.”

If you check reviews online before buying bike gear, you will inevitably run into users decrying or lauding the “LBS.” They’re referring to a “local bike shop,” meaning an independent or franchise shop that’s in your neighborhood.

One of the favorite transports in the outdoors, the mountain bike is so popular it gets an acronym.

2016 is the centennial of the National Park Service. Established in 1916, the Federal agency is tasked with protecting and preserving the natural and historical elements of America’s National Parks. Note: NPS can also stand for the network of parks known as the National Park System.

The mecca of the American outdoor industry, Outdoor Retailer is a bi-annual trade show for businesses, brands, and press held in Utah. The summer and winter shows provide a platform for companies to share upcoming innovations and allow media to get a peek at the future of the industry.

Up Next: Gore-Tex & Beyond: Waterproof/Breathable Fabric Explained