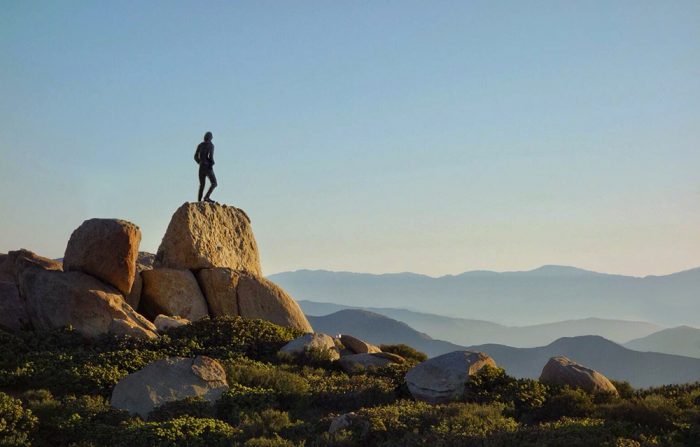 One of the greatest treks the U.S.A. has to offer, the Pacific Crest Trail is a 2,659-mile hiking and equestrian route that runs from the U.S.-Mexico border (near Campo, Calif.) to the Canadian border at Manning Park in British Columbia. The PCT follows close to the high point of the Sierra Nevada and Cascade mountain ranges, 100-150 miles inland from the Pacific Coast.

A PLB is a last-ditch emergency device for those who travel into the wilds. By pressing a button, people in trouble can summon help through a network of satellite communication. PLBs also offer less dire features, such as tracking of individuals off the grid, one- and two-way messaging, and check-ins with loved ones back home.

Athletes in many sports like running and cycling keep track of their best efforts over a given distance or goal. They call these PRs.

A standard bike wheel mount, a QR is a lever-activated attachment that tightens a wheel onto a fork or frame. Note: QRs have been gradually replaced with through-axel fittings on higher-end mountain bikes over the last few years. 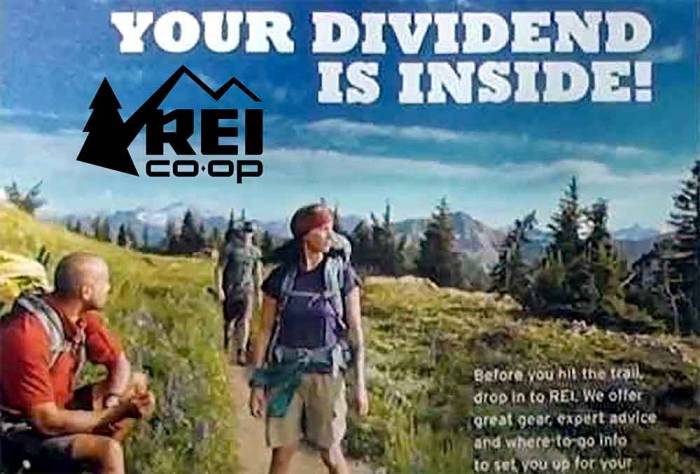 One of the largest dealers of outdoors equipment, REI is headquartered in Seattle. It’s the biggest consumer co-op in the United States, with more than 6 million members and 143 stores in 35 states.

Like latitude and longitude, UTM is a map-based system used to identify locations on Earth. Its grid system, represented in meters, is commonly used in the sport of adventure racing to plot checkpoints and plan routes.

The Ultra-Trail du Mont-Blanc is one of Europe’s premier ultra-running races. Known widely as the UTMB, the race covers about 103 miles around the iconic mountains and passes through France, Italy and Switzerland.

The oft-touted standard for all-weather outerwear, waterproof-breathable jackets are less understood than the acronym that represents them. Gore-Tex technology broke open the world of water-repellent fabrics with tiny pores just large enough to allow water vapor to escape, but small enough to block whole droplets from penetrating from the outside.

Climbers invented this scale decades ago in its namesake wilderness, Yosemite, to rate and make standard the difficulty of rock-climbing routes. From the gym to the high alpine, the system (which uses numbers from 5.0 to 5.15) is pervasive in North America and referenced around the world.

–What important acronyms did we miss? Add your must-learn outdoors code-speak in the comments section below.

Up Next: Gore-Tex & Beyond: Waterproof/Breathable Fabric Explained