From power supplies to hatchets, grills, and Bluetooth speakers, this is the gear we loved during the “mobile office” project this month.

We powered three laptops, a toaster, blender, coffee maker, lights, phones, and a desk lamp from these beasts. Boasting 1231 watt-hours, with the ability to be recharged via solar panels, AC power, or DC power, the Generatr 1200 units from Enerplex are the most powerful battery we’ve ever tested. It worked as promised, although it did face some of the limitations of solar — namely long recharging via the sun. Stake out those solar panels and be prepared to wait a day to re-juice these giant electricity tanks. $1,400. 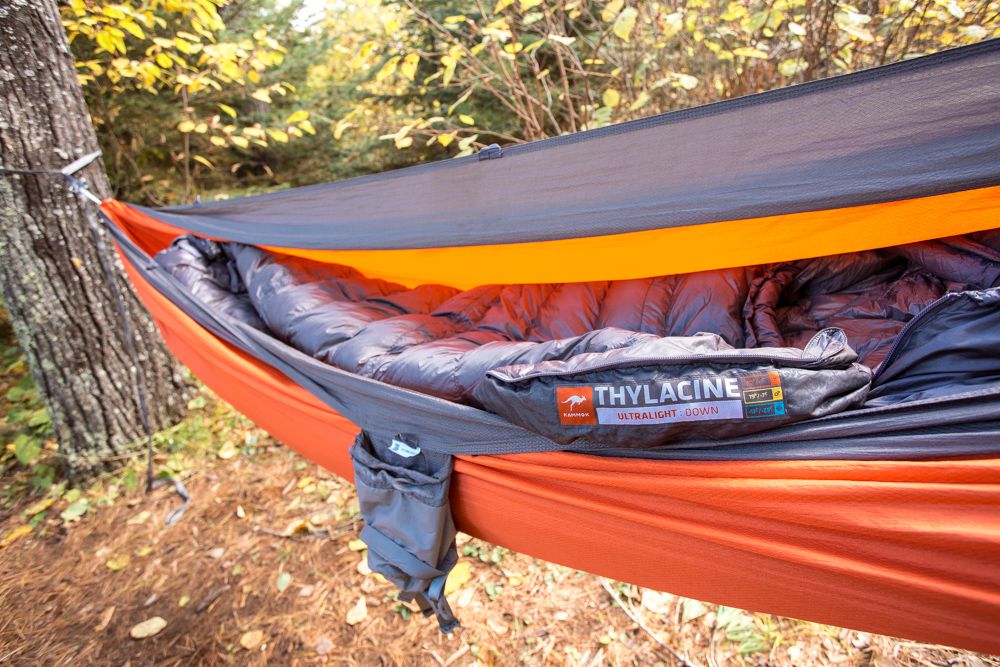 Kammok’s hammocks are comfortable, and the company’s sleeping bags are well made. Put them together and you’ve got a great modular system. You can add liners to the base bag and increase warmth, converting the 30-degree Thylacine bag into a sleeping chamber capable of handling a winter’s night. One editor spent two nights in this model, and it was magnificent at 40º. (See more: We gave the Thylacine a “Best In Show” award at this summer’s Outdoor Retailer show.) $625. 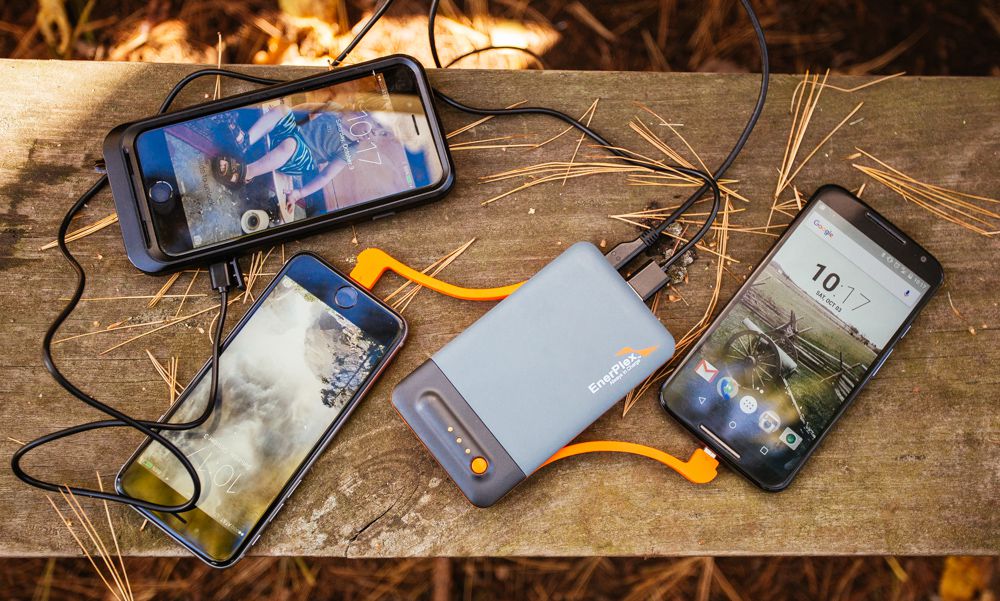 This Swiss Army Knife of a charger became a favorite around the camp because of its ability to charge up to three phones at once. A built-in Lightening charger for Apple devices was a handy feature, and the batteries can be stacked on one another and charged as a single unit. $70. 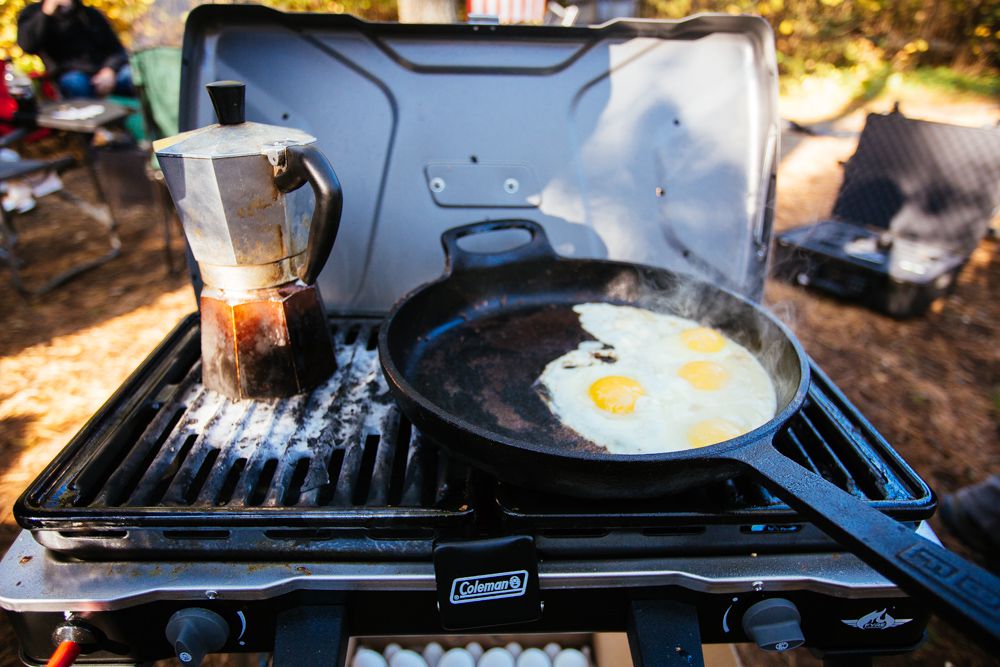 Cooking for 10 guys is no easy feat, but the FYRECOMMANDER 3-in-1 stove by Coleman made it easy to switch from grilling at night to cooking bacon in the skillet the next morning. Caveat: Handling big, heavy pots and pans on the stovetop, which has thin legs, was a bit precarious. $250. 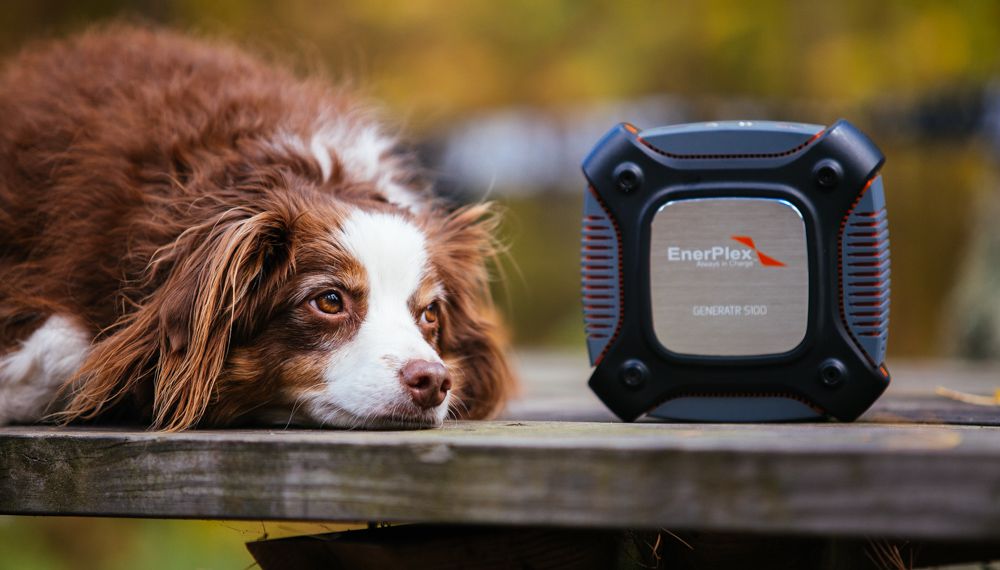 The little brother of the Generatr 1200 (above), this compact version has two USB ports, an AC port, and a 12volt plug-in, and it can be charged via solar, DC, or a standard wall plug. It worked great to keep phones charged all weekend long and held enough juice to charge our laptops twice. Although a little hefty to bring along on a backpacking trip, it would serve well at a base camp or on a family camping trip. $350. 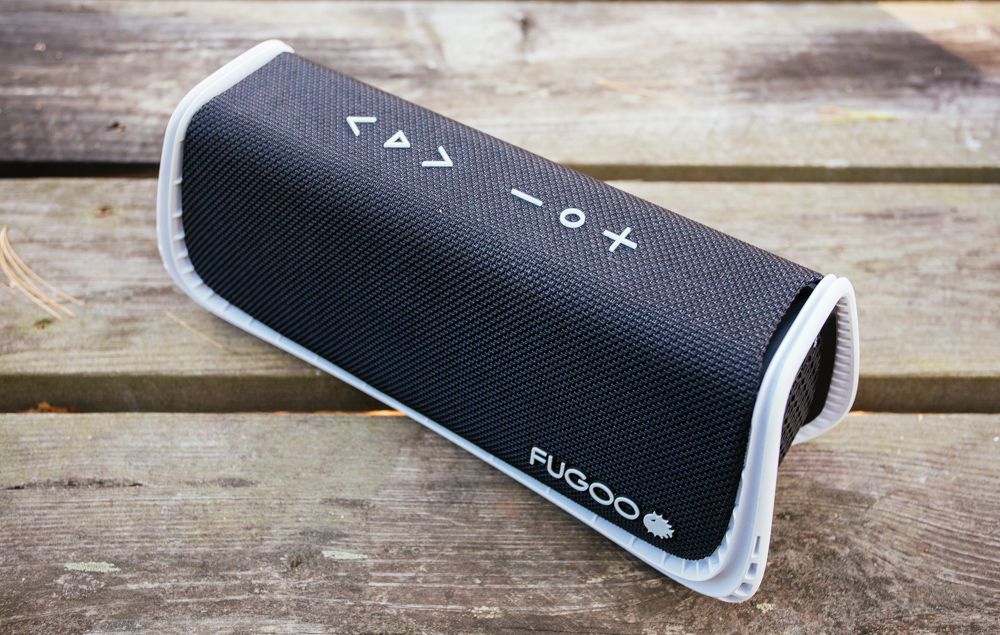 No day is complete without good tunes. The Fugoo XL Bluetooth speaker — the big brother of the Fugoo, which we love — kept things funky and fresh all weekend on the island. It was plenty loud although it didn’t have nearly as good of battery as the smaller Fugoo, only lasting about 8 hours. It’s waterproof, floats, and is drop-resistant. $230. 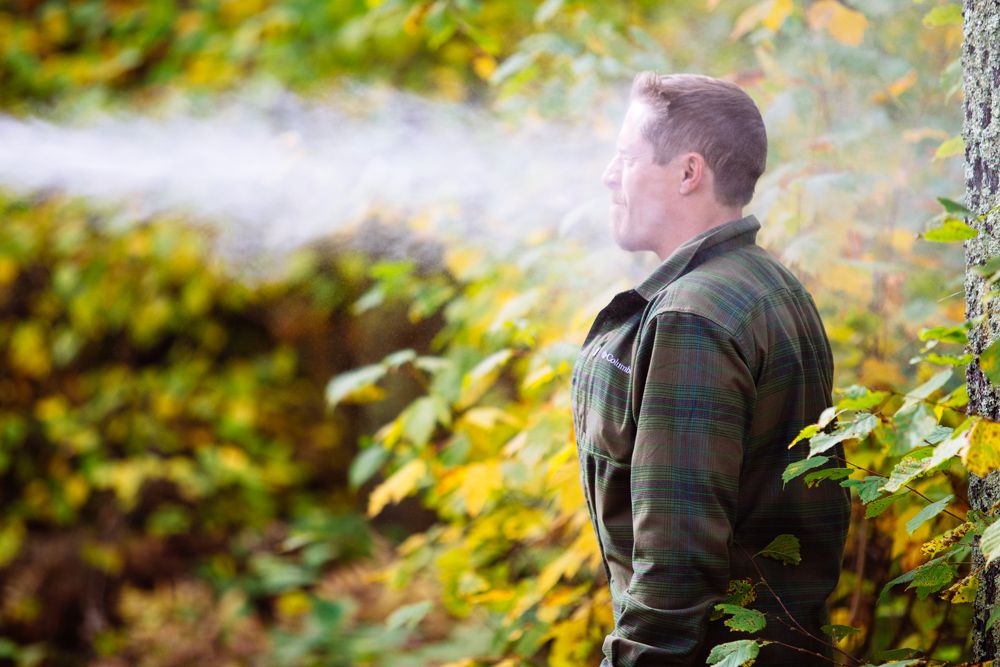 Although we didn’t encounter any bears, we did have fun practicing with the “inert training unit” bear spray on a GearJunkie editor. The real stuff boasts an impressive potency and can spray up to 35 feet to discourage predatory bruins. The inert stuff? Well, it tastes kind of like bug spray, but thankfully doesn’t burn like the real deal. $45. 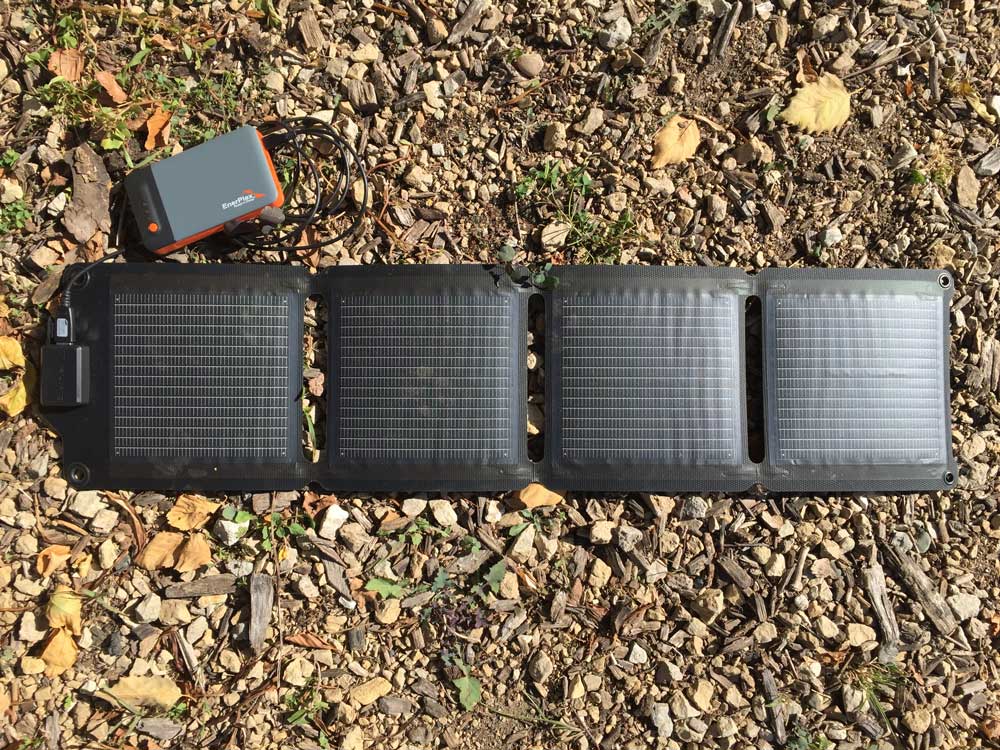 A light and packable alternative to other heavier solar panels, the Kickr IV charges at the same rate as a wall charger in ideal conditions, the company touts. It was perfect for charging our small devices like smartphones and headlamps on the island. The solar panels are flexible, super tough, and waterproof. $100. 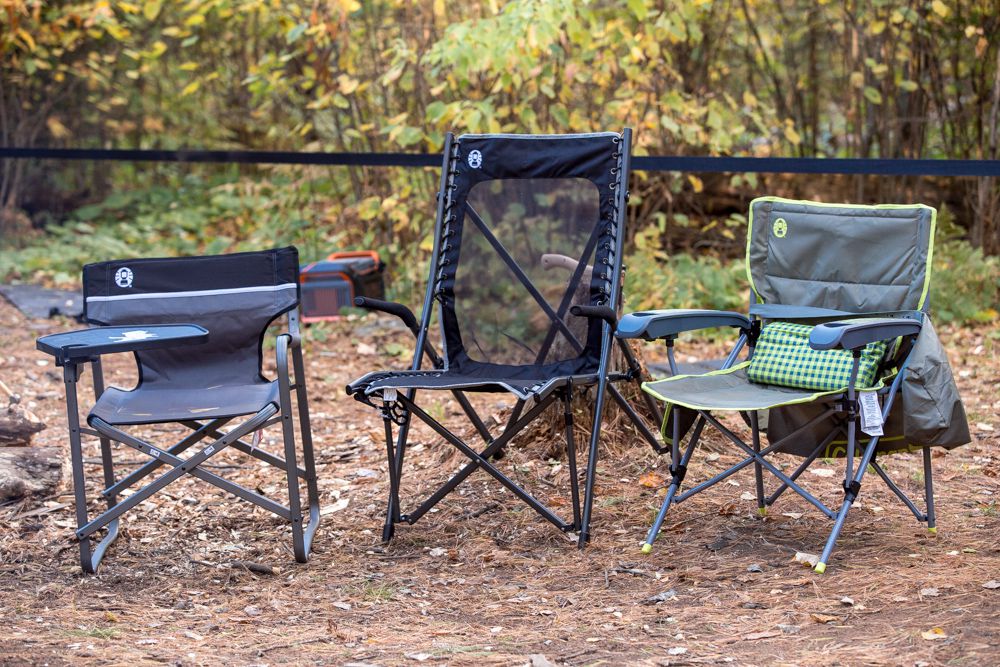 Sitting around the campfire, these bulky camp chairs were downright comfortable. A long way from your parents’ folding chairs, The Vertex Ultra Hard Arm Chair, Comfortsmart Suspension Chair, and Aluminum deck chair are loaded with luxuries like lumber support and wine glass holders. Just be warned, they come with a big weight penalty and don’t fold very small. 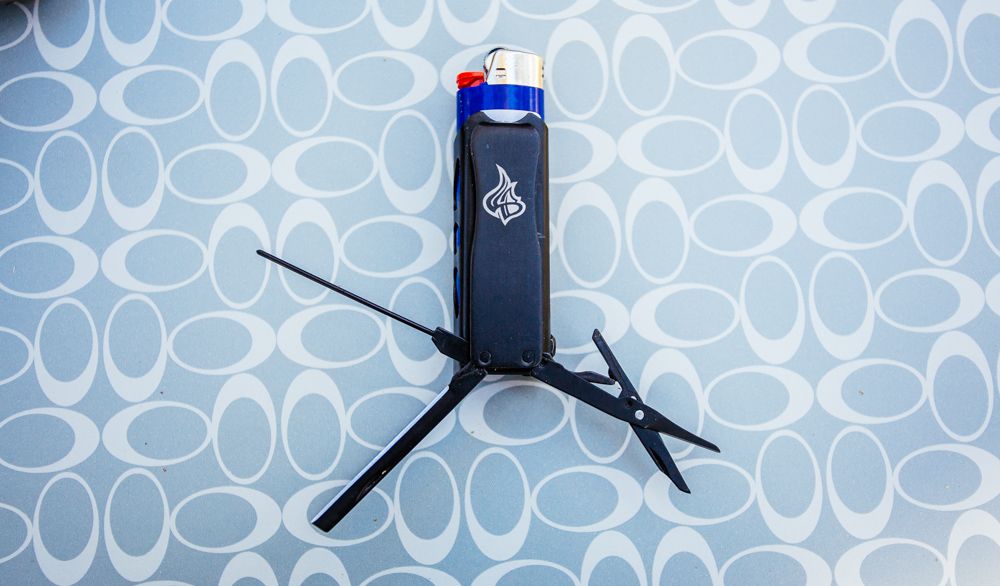 Always looking for your lighter, or your multi-tool? Fear no more, the LighterBro melds the two and provides fire, a tiny blade, a poker tool, scissors, and more. It’s not super burly, but for quick cuts when nothing else is handy, will do the trick. $20. 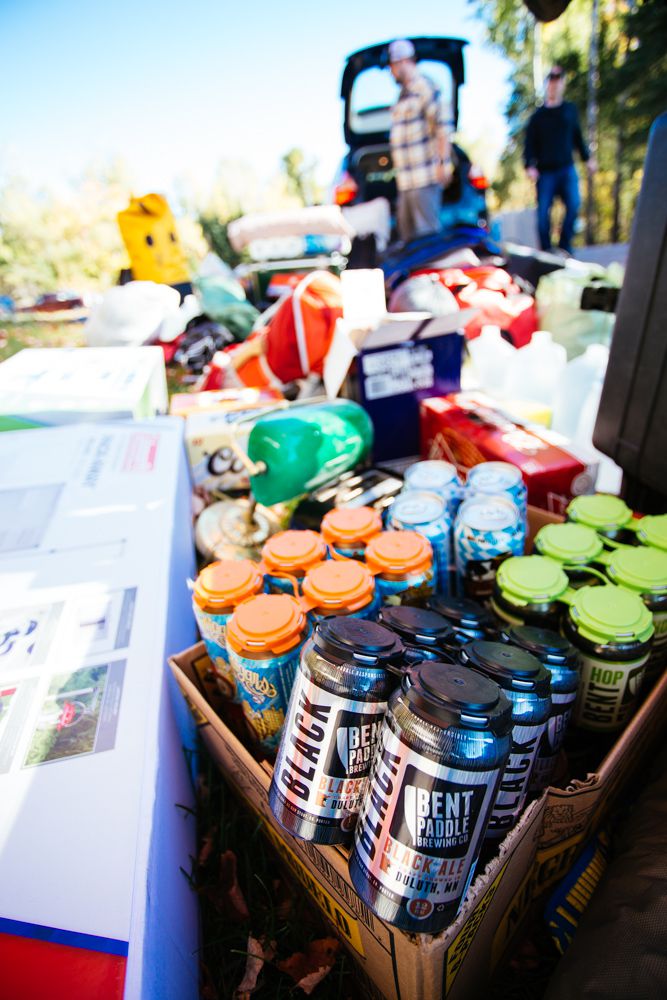 After a long day at the “office”, we all needed to kick back with a cold one, and Bent Paddle Black is darned good beer from the North Woods. Brewed to be smooth and chocolatey, this Black Ale from Duluth, Minn., drinks like a porter but is opaque like a stout, including a generous amount of oats to round out the flavor. 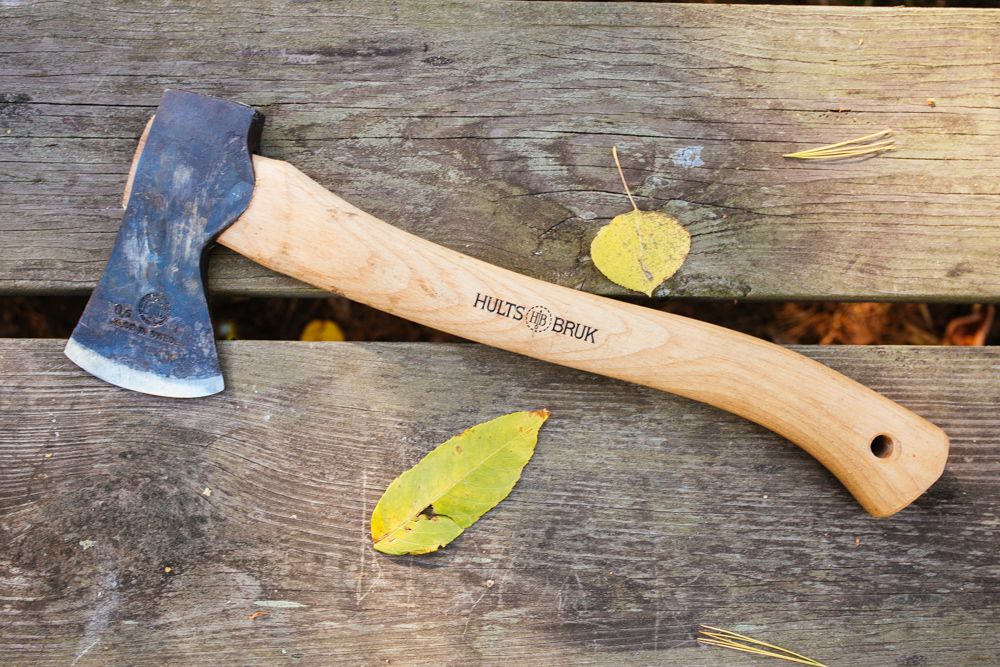 With a 16-inch American hickory handle and a one-pound head, this hatchet is hand-forged by blacksmiths at the Hults Bruk factory in Sweden. It is hardened and tempered to hold an edge a very long time, even after re-sharpening. See our full review of the $150 Swedish hatchet. 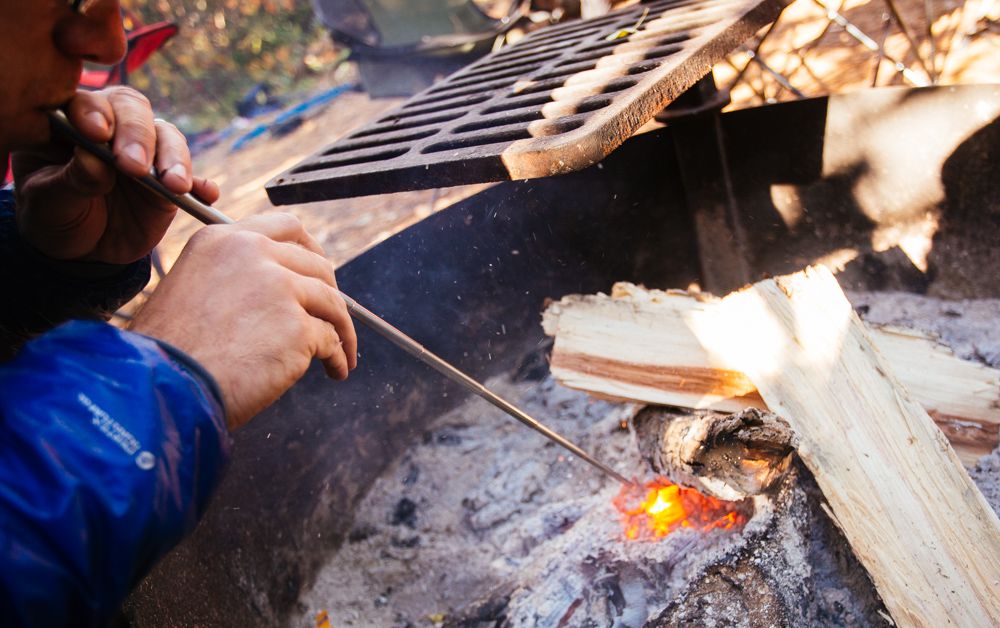 The V3-Pocket Bellows makes the process of getting oxygen into a growing campfire much easier. A simple collapsible tube that directs a stream of oxygen right where you need it, on a weekend that was cold and windy the most common phrase around the camp became, “Who has the bellows?” $15. 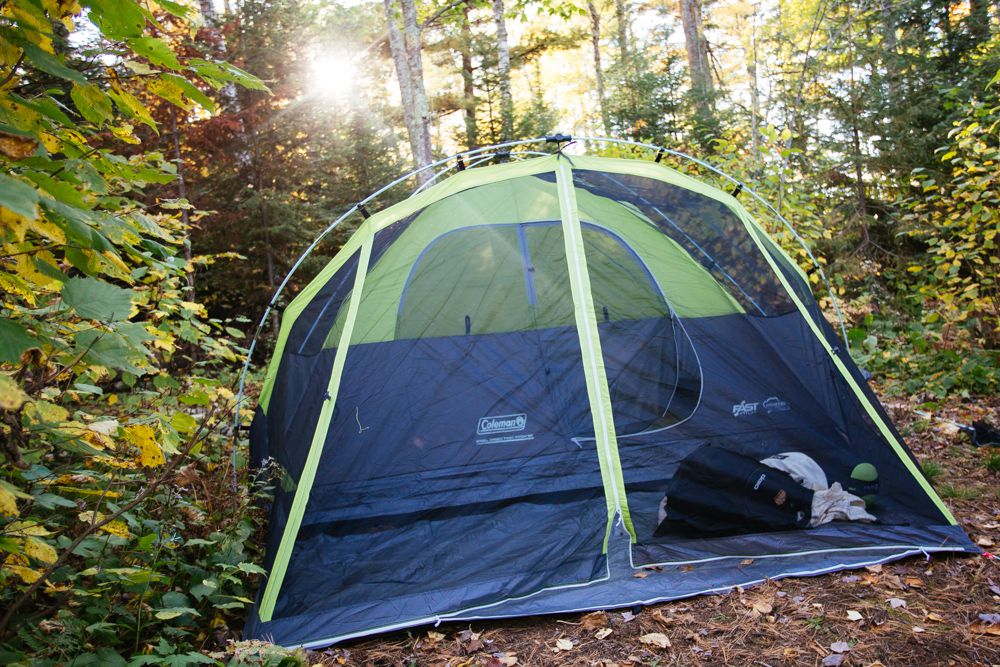 Although not the lightest or most durable tent we’ve used, the Coleman Evanston is a modestly-priced family tent that accommodated four people easily with extra room to spare. The screened-in vestibule made it easy to kick off muddy shoes and stow extra gear. It didn’t rain on our weekend trip, so we can’t speak to weather resistance; we kept the fly off to stare up at the stars. $200.

The OXX Coffee Box is the ultimate in backcountry coffee making (providing you have a spot to plug it in!). Durable, portable, and easy to use, the OXX uses the ubiquitous k-cup (refillable or throwaway versions) to deliver cup after cup of delicious java. Unfortunately, the model we tested had some problems; it worked excellent for weeks at our headquarters but then inexplicably stopped functioning halfway through the island trip (see our full review for explanation). $250. 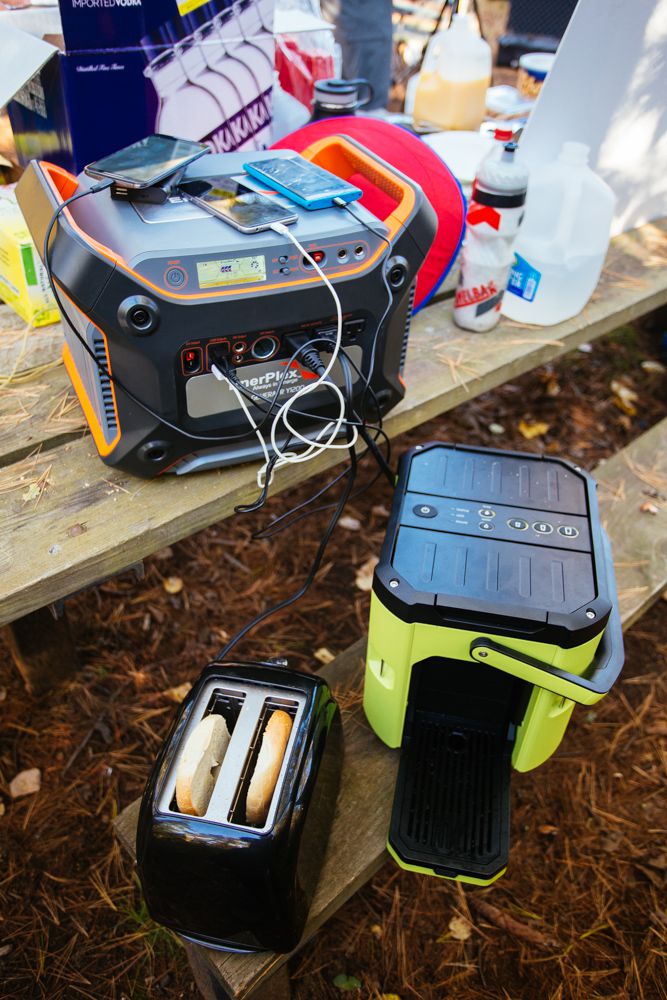 Up Next: Video: GearJunkie Takes Over Island As Mobile Office