Northern Minnesota. 10 men on an island. Three days and two chilly nights as the leaves change from light green to autumn yellow and red… 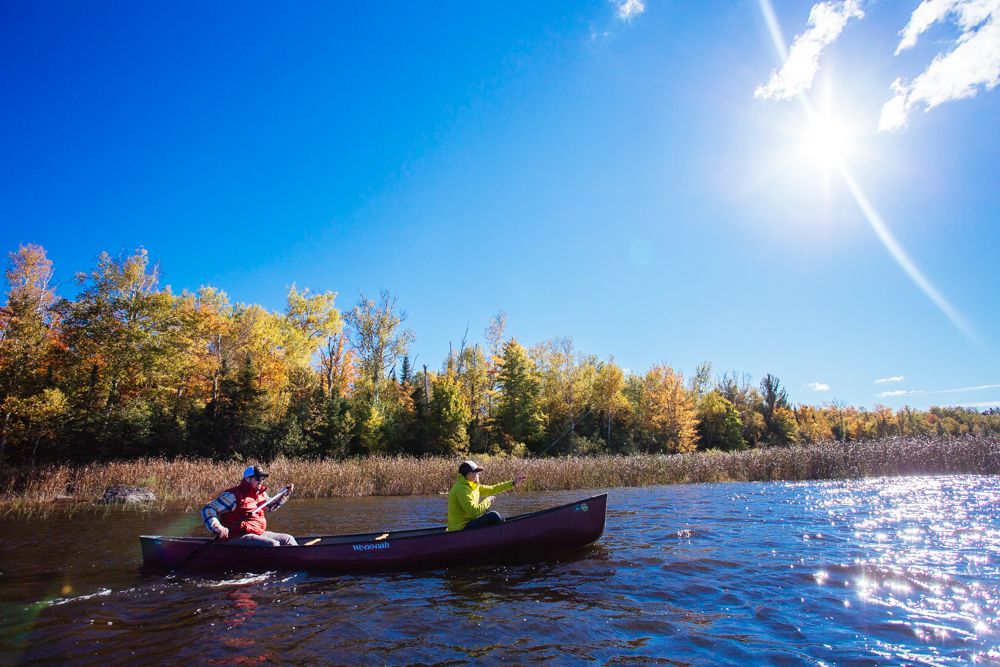 That outlines the basic premise of a trip the GearJunkie staff took earlier this month, our inaugural “Mobile Office” project.

It was all sponsored by EnerPlex, a portable power and solar company, which shipped out a crate of its off-grid charging units to run the whole show. 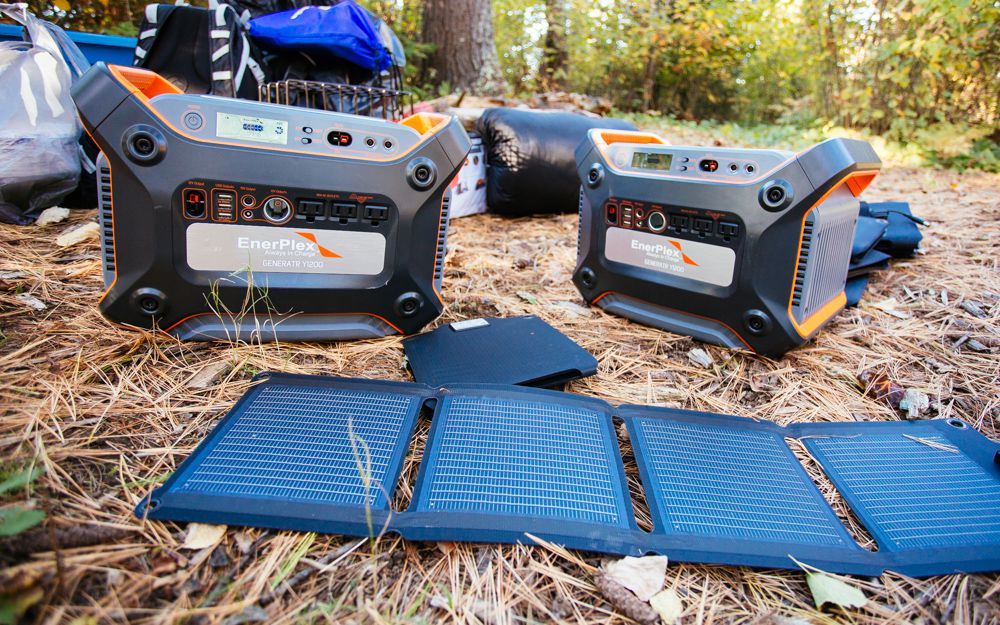 We spared no necessity or luxury, from toasters and desk lamps, to a fleet of Mac laptops and wi-fi enabled phones for connecting and running our editorial office from the woods. Why? To see if you can really power all this stuff in the wilds.

Four canoes ferried several hundred pounds of equipment to an island campsite on a lake north of Duluth, Minn., where the forest fades into a North Woods wilderness of birch, pine trees, moss, and exposed stone.

From the island, which we soon would dub as “GearJunkie Man Camp,” we published articles, updated Twitter in real-time, and tested gear in the woods behind the camp.

The goal was to mimic a day in the office, though with the benefit of being immersed in the wilderness, writing and editing not at our desks but under blue sky and in the wind.

Our setup — including EnerPlex products like the just-released Generatr 1200, Coleman tents and camping equipment, axes, knives, bow and arrows, prototype jackets, fishing gear, and all kinds of gadgets — was an over-the-top display. It was, essentially, a verisimilitude of the GearJunkie headquarters back in the city.

While our editor took a trail run, one of our writers would head down to fish, tossing a fly in search of an elusive northern pike. We tossed axes into a dead log, and we played knife games.

Beyond “working,” the experience was not unlike one of the pampered canoe-camping trips some of our staff has organized in the past. This included good eating, a full kitchen to make it happen, hammocks, coolers full of beer, a crate of food, thick pads to sleep on, and big tents. 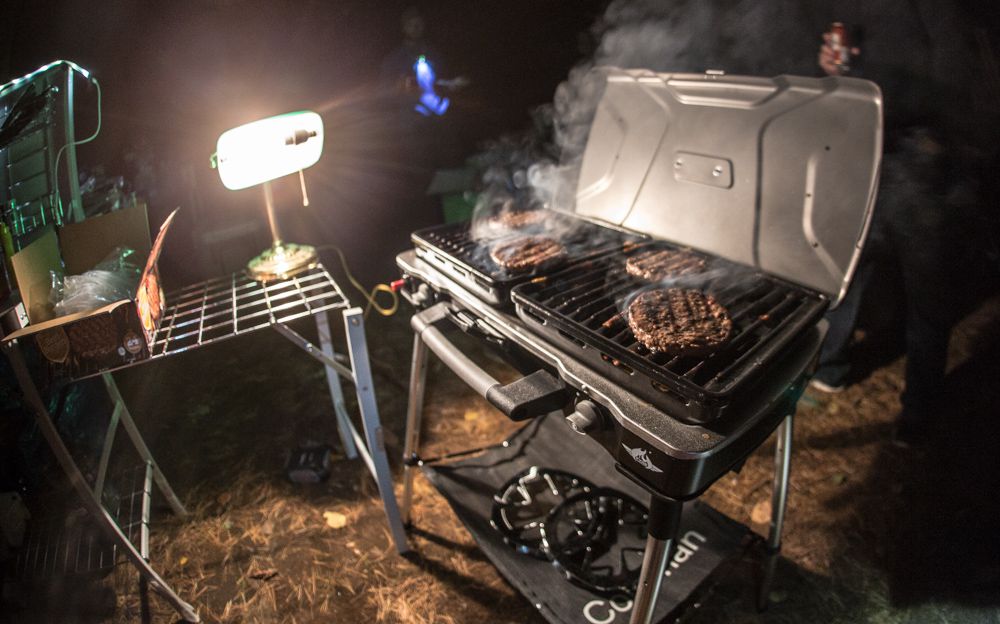 It was a cool stretch of days, and as such the crew kept a fire stoked in the early hours each day and at night.

We brewed coffee as the sun came up, worked (and, mostly, played) in the day, then at night held “team meetings” around the fire after dinner, with stories and discussions on gear and life deep into the night. 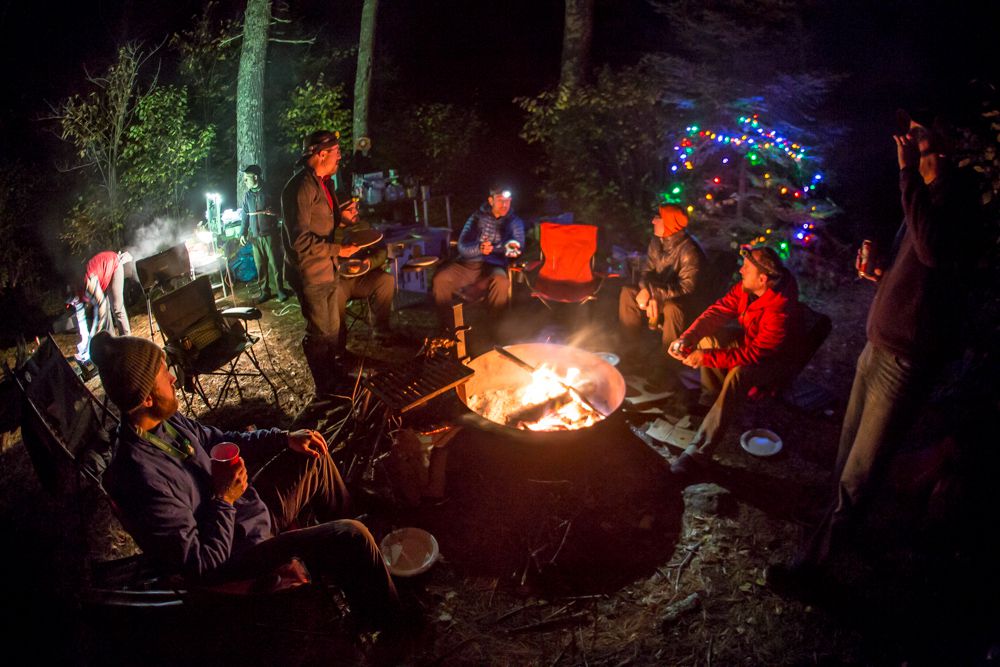 We paddled back satisfied with the experiment and thankful for the opportunity to test our concept. We’re already looking at maps, planning our “off-grid office” trip for next year.

–The GearJunkie Mobile Office project is sponsored by EnerPlex.