A five-year study involving 2,400 homes in New York could, if successful, lower Lyme disease risk across the nation. 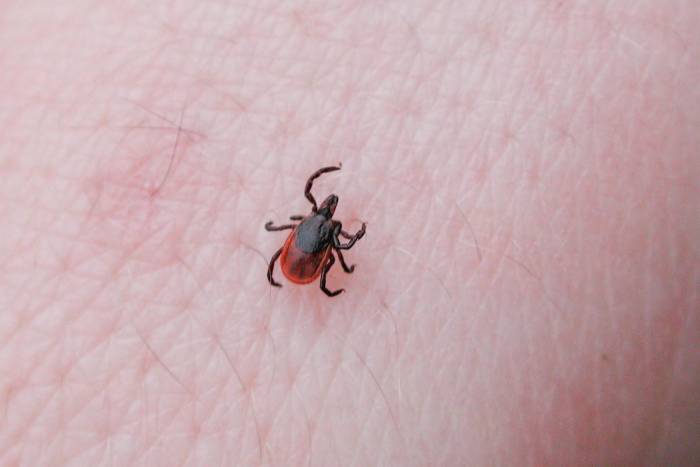 Reduce the number of Lyme disease cases. That is the goal of The Tick Project, a half-decade, $8.8 million study launched in earnest this spring by The Cary Institute.

Researchers hope that by study’s end in 2020, efforts will have reduced the amount of Lyme disease in the test communities. If successful, the project aims to scale similar efforts across the nation.

A staggering 300,000 people are diagnosed with Lyme disease in the U.S. each year. And, according to a John Hopkins study, that translates to $1.3 billion in healthcare costs annually.

Worst of all, that number is rising. According to the CDC, Lyme disease is the fastest-growing vector-borne infectious disease in the nation, outpacing all other infectious diseases carried by mosquitos, sandflies, fleas, and ticks.

The disease commonly appears as a bull’s eye rash that lasts for several days. In severe cases, Lyme can lead to Bell’s palsy (facial paralysis), heart palpitations, and arthritis.

How To Lower Lyme: The Tick Project

The Tick Project aims to lower Lyme disease by killing the black-legged ticks that cause the ailment. To be successful, the treatments must be safe for people, pets, and the environment.

Dutchess County, New York, has some of the highest rates of Lyme disease in the nation. In all, 24 communities will take part in the experiment.

Each neighborhood is roughly six to 10 square blocks with 100 properties. That translates to nearly 2,400 properties in the study.

The first treatment being studied is a small black box, dubbed the “Tick Control System,” that rodents enter after being outside. Within the box, Fipronil—a common anti-tick chemical used on cats and dogs—is applied.

This method does not target pets; rather it’s designed to halt the spread of Lyme from ticks carried by pests. Plus, it’s tamper-proof.

Method two is a fungal spray, Met52, that has been shown to kill ticks. The fungus within the spray naturally occurs in Eastern American soils, and kills ticks looking for hosts.

Researchers chose the methods because it’s harmlessness to humans and pets, and it’s environmentally safe.

In April, the team launched the first batch of tick-killing treatments. Every spring and summer until 2020, the same treatments will occur.

Through the use of one or both tactics, researchers hope Lyme disease prevalence lowers within the neighborhoods.

Everyone associates tick season with Lyme disease risk. Yet a potentially fatal virus spread by ticks is starting to make headlines. Here's what you need to know about the POW virus. Read more…

The Future Of Ticks

Of course, we at GearJunkie strongly advocate for tick checks, and wearing pants and sleeves whenever possible to prevent unwanted hitchhikers. The results of this study won’t stop us from ignoring ticks completely.

Up Next: Denver Post: OR Show Is Moving To Denver