A special purple paint scheme that hasn’t been seen in more than 20 years hits Amazon shelves today. But Schwinn expects every one of these Sting-Ray bicycles to sell out soon.

In an age when tiny changes in geometry and invisible advances in frame materials dominate headlines in the bike industry, somehow the absurd, unmistakable design of the ’70s-era Schwinn Sting-Ray still captures cyclists’ imaginations.

With its outlandish ape-hanger handlebars, ridiculous banana seat, and why-the-heck-not sissy bar (for faint-of-heart passengers), the Sting-Ray is an affront to all the advances in modern, high-end cycling. 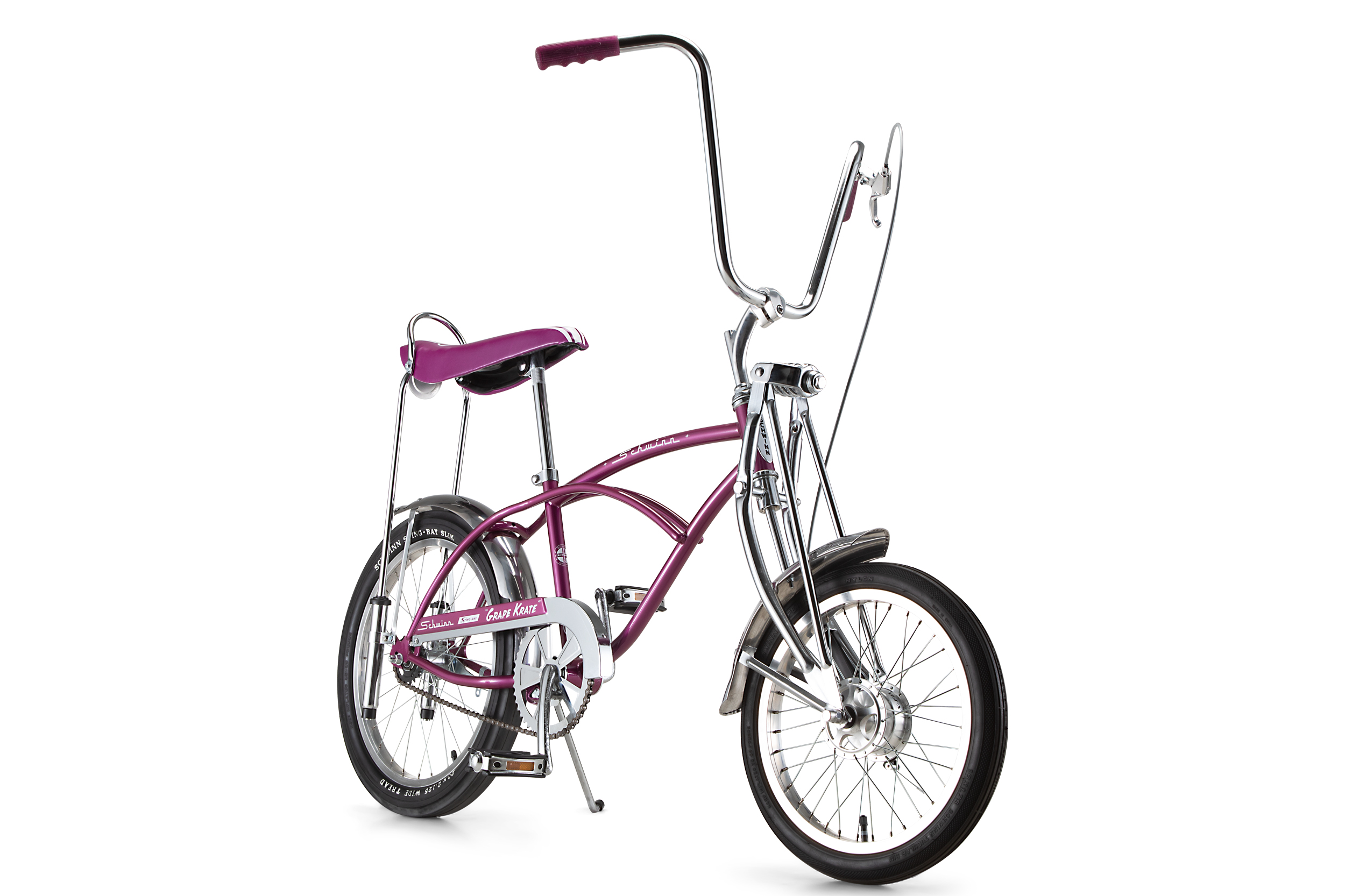 And we love it, much the same way we love PBR despite the wealth of meticulously prepared options available in the world of craft beer. Today, however, Schwinn unveils the veritable white whale of that iconic frame: the Grape Krate Sting-Ray.

Yes, folks — it’s purple. But it’s no ordinary purple (at least, according to the fine women and men at the Schwinn marketing team). According to the brand, this storied color scheme dates back to 1969 when Schwinn made exactly two Grape Krate samples that, for reasons lost to time, never made it to showroom floors.

The lore goes on:

“Internet sleuths say that in 1976 Schwinn built 15 Grape Krates as Christmas gifts for certain employees. Is it true? Only 15 people know for sure,” the brand told us during a sleepover with a flashlight under their face inside our couch fort. (OK, not really. But that is the story Schwinn told us.)

The brand resurrected the Grape Krate color scheme again in 1999 for a limited run. But since then, it again slipped back into myth — until today.

The Grape Krate Sting-Ray has resurfaced. Only 500 of the purple cruisers are available, and the brand expects them to go fast. Get yours for $500. Streamers, honky-horn, and baseball cards for the spokes not included.

Up Next: Shopping for Shred? Check Out the Most Popular Mountain Bike Brands Today