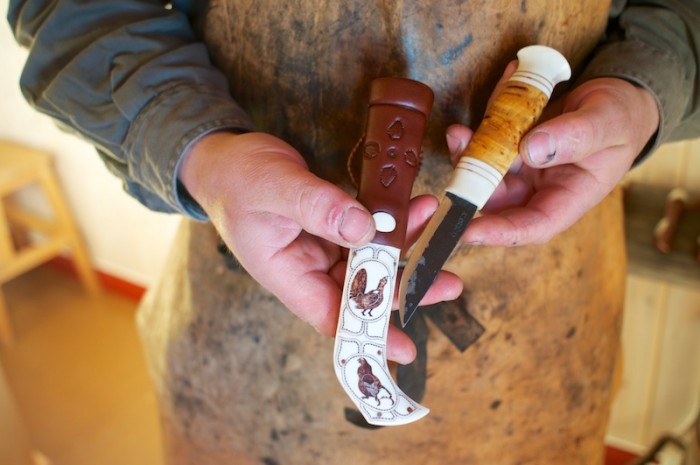 Tucked away up a hilly driveway in rural Sweden works a man whose craftsmanship will make you shake your head in wonder. His name is Torgny Odén, and he is a remarkably skilled blacksmith, artist, silversmith and even carpenter. 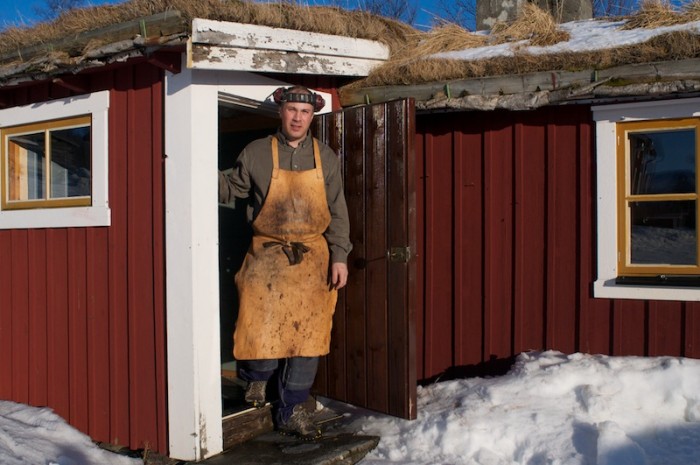 I visited Odén, 37, during a recent trip to the Jämtland Härjedalen region and came away with a newfound respect for the old-world skills of blacksmithing.

Odén crafts his knives from the raw materials. He begins with two types of steel (softer for the outside, harder for the center) and forges them into a single blade on an anvil in his small workshop near the village of Bruksvallarna.

I watched as, in just 15 minutes, he melded two metal rods into a single, multi-steel blade. 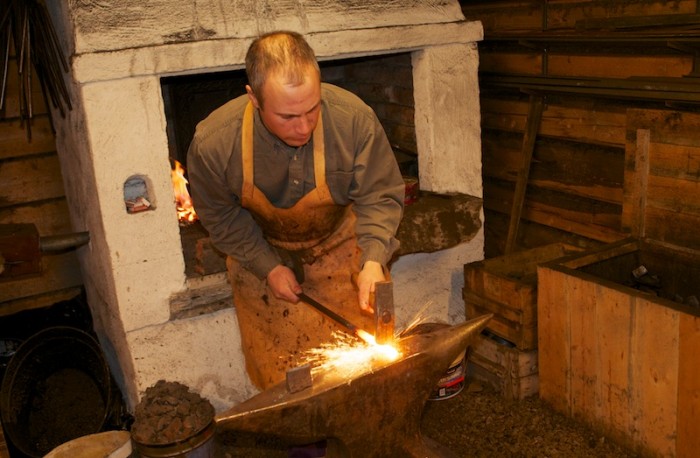 Watching him work, it is easy to become envious of his skills. Using simple tools, Odén makes it look easy to forge the blade, which looks like the photo below early in the process. It is a skill he’s learned over a lifetime.

He started blacksmithing at 14 years of age, and has made more than 1,200 knives since he opened for business in 1996. 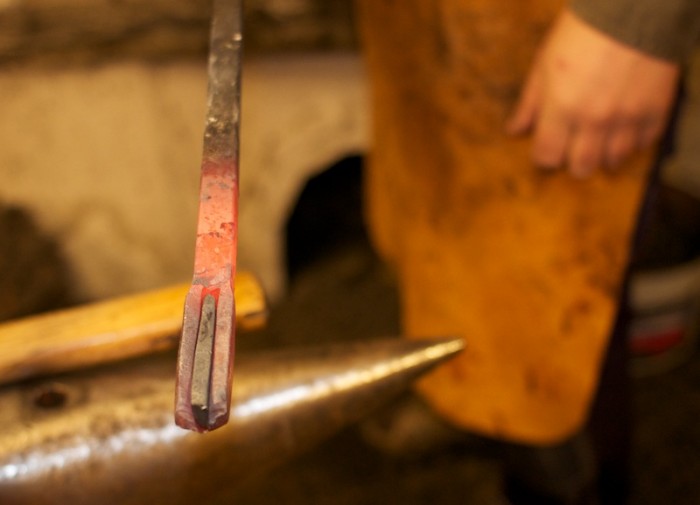 With the ringing of hammer on metal, the blade quickly forms. 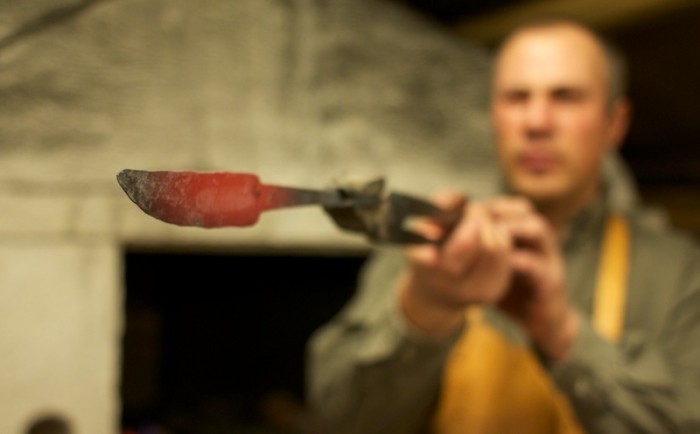 He will later dunk it into a vat of oil for quick cooling. The process, called quenching, makes the steel harder. 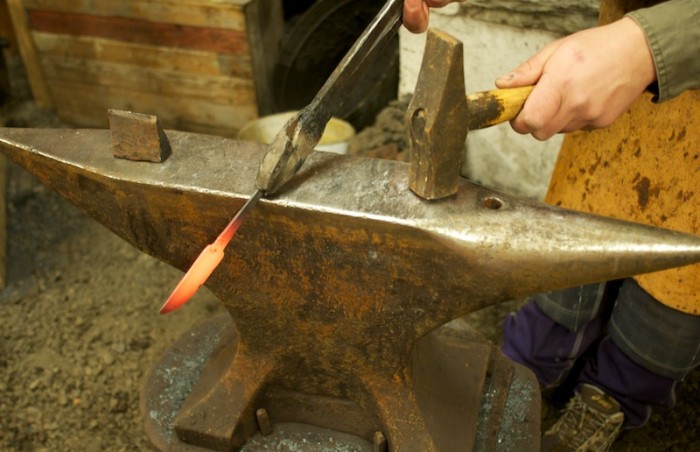 Below is a blade, ready for sharpening and a handle, which Odén will carve from reindeer antler and wood and then engrave. 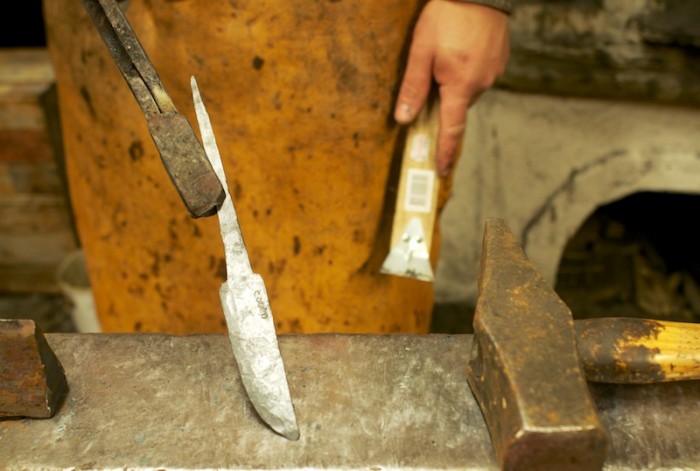 Odén’s skills as an artist are also remarkable. He engraves custom images on handles and sheaths for his customers, often from photos.

To make the engravings pop against the white background, he covers the newly cut antler with a paste made from chocolate powder. Once cured, the paste stains the engraving dark brown. He rubs away the remaining paste to reveal the intricate designs. 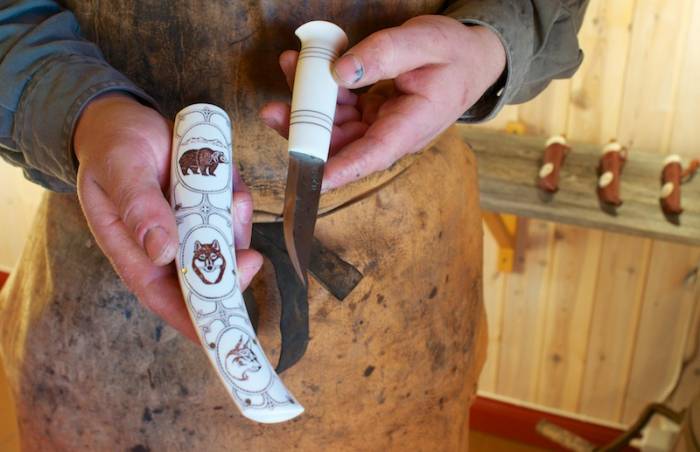 Odén’s knives don’t come cheap, starting at about $350 U.S. and soaring to more than $1,100. But for anyone looking at a one-of-a-kind, heirloom knife that is a true work of art, his blades are an investment worth cherishing. 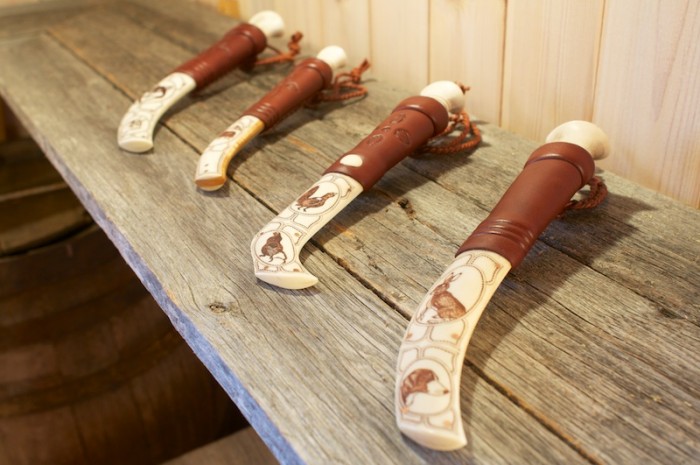