A tiny new company claims to have discovered the Holy Grail of mountain bike suspension. Could the Missing Link suspension launch Tantrum Bikes from Kickstarter into the world of serious trail bikes? 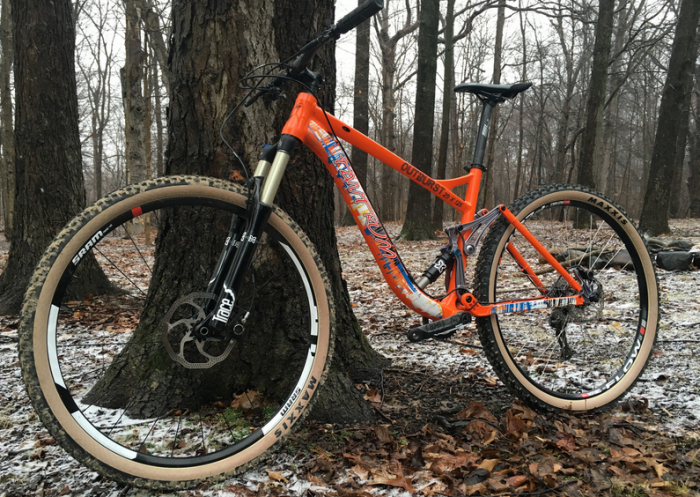 Mountain Bikes are generally either good at climbing uphill, or good at absorbing bumps. But the holy grail of MTB suspension design is one that’s good at both. After all, a cross-country racer needs to go over bumps, and an aggressive trail rider needs to get to the top of the mountain.

Millions of dollars have been spent in search of that perfect balance. Today, tiny Tantrum Cycles claims to have found it, and the design looks very interesting.

Tantrum Cycles’ system inherently softens up the suspension when hitting bumps, and stiffens it when pedaling. Designer Brian Berthold did it by adding a link from the bottom of the rear triangle (where pedaling forces are strong) to the top of the shock.

He calls it the “Missing Link.” Although we are very skeptical, certainly no other bike has linked the bottom pivot to the shock in this way.

It’s worth noting that most modern mountain bikes use lock-out systems to stiffen the rear triangle with the push of a button or flip of a switch. To descend, a lever or button sets the suspension to “full squish” mode.

The Missing Link eliminates the need for a manual adjustment, or so is the claim. 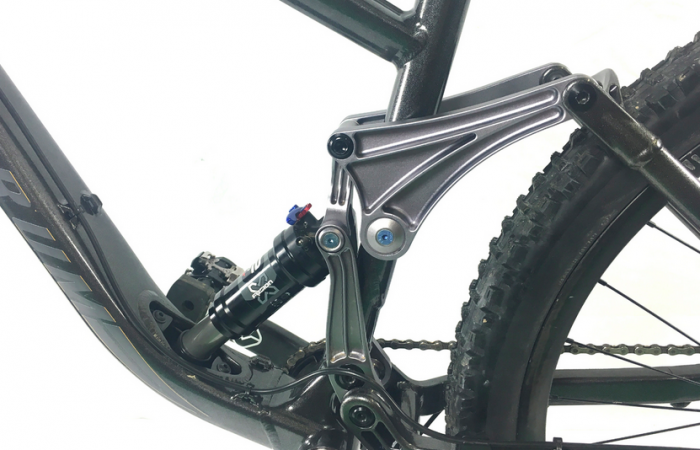 We have not ridden a Tantrum, so we can’t tell you whether it’s soft enough over bumps while pedaling hard. But Tantrum claims it works, and has some compelling video footage to back up the claim.

Tantrum even claims that the bike changes its geometry favorably for pedaling uphill or ripping downhill.

Tantrum cycles is the product of a former downhill racer. Burthold also happens to have been a suspension engineer of both off-road race trucks, and Indy cars. His earlier design was used on the Kona Magic Link to limited success.

But the missing link is a radical design. Burthold pitched it to Industry insiders, and they turned it down. Thus, Burthold decided to launch his own brand, which just launched on Kickstarter. 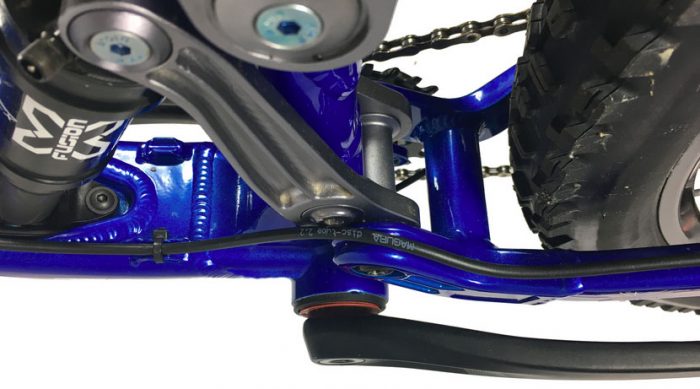 So who is wrong: the industry, or this mad scientist?

Well, Richard Cunningham of Pinkbike spoke on the matter, and he is the real deal, one of the most knowledgeable bike riders we know. Here’s what he said:

“Compared to the current crop of carbon superbikes, the Tantrum Meltdown looks rough around the edges, but it performs well on the downs – essential for any 160-millimeter trail bike – and its pedaling action is better than all of them. Brian Berthold’s Missing Link is proof that there actually is significant room for improvement among the present crop of all-mountain trail bikes.”

The bikes are available in two configurations, and cost between $1,200 for an early bird frame and shock up to $5,800 for a tricked-out race build.

The design sounds promising. Those willing to take a risk on a startup and an unproven build might find reward in a revolutionary trail ride.