As drones continue to expand from hobbyists and film makers into commercial and passenger freight, Boeing unveils its monster octocopter. 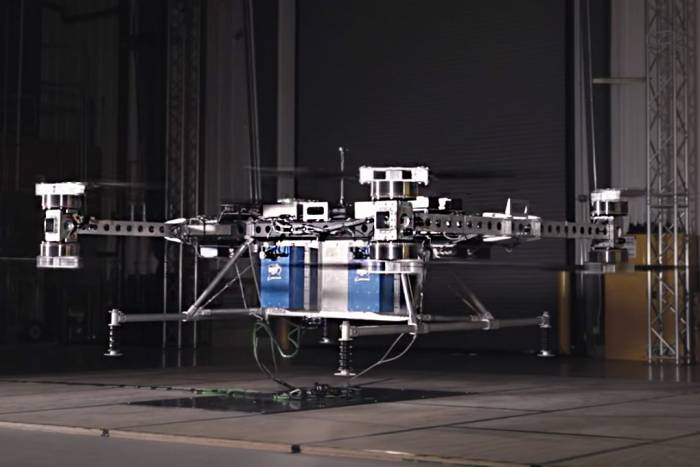 Armed with eight counter-rotating blades and an electric motor, the eVTOL can lift up to 500 pounds. Boeing released video of the drone’s first successful test flight at its Research and Technology’s Collaborative Autonomous Systems Laboratory in Missouri (below).

While its movements seems rudimentary, Boeing engineers view it as a major milestone in autonomous, commercial, unmanned flight technology.

'Passenger Drone' Launches to Whisk You to Work

“We have an opportunity to really change air travel and transport, and we’ll look back on this day as a major step in that journey,” said Boeing Chief Technology Officer Greg Hyslop.

Boeing engineers took less than three months to design and build the quarter-ton-capable eVTOL. And they claimed it could revolutionize unmanned flight.

“When you think about delivering 250 to 500 pounds over a 10- to 20-mile radius, you can change the way that the world connects,” said Boeing engineer David Neely.

Placing explosives by hand is a dangerous job for ski patrollers. In the near future, drones could make it safer. Read more…

Griff made no mention of autonomous flight. But Boeing made clear it foresees heavy-lifting drones carrying out jobs without human eyes. This could portend the future of not just passenger travel and commercial freight, but it could also revolutionize search-and-rescue operations and assist alpinists and explorers on adventures through the harshest environments.