The Travel Tripod from Peak Design is blowing up Kickstarter. Amassing more than $6 million is no easy feat, and we think it deserves the praise in this review.

I own a tripod but never use it. It sits in a drawer and accumulates dust. Not because it doesn’t work, but because it’s a pain to lug around. It’s bulky and heavy, and I’ve learned how to sufficiently use rocks, skis, and other accouterments in lieu of a full-sized tripod. Maybe you feel the same way. 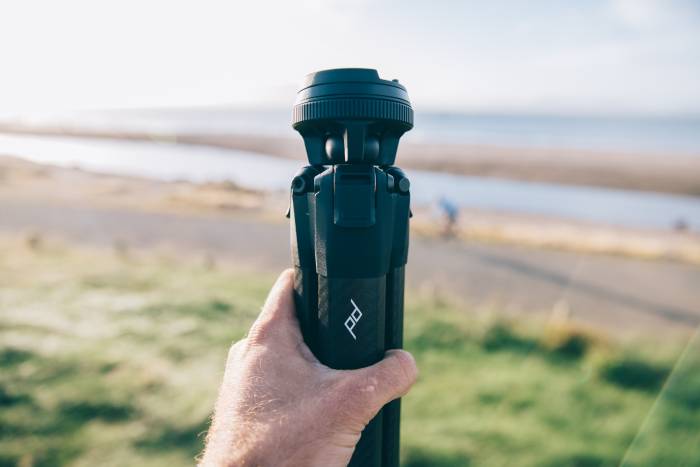 However, San Francisco-based Peak Design, makers of photography equipment from backpacks to clips and straps, also recognized this problem. Well-known for its elegant and thoughtful design, the company set out to make a better tripod over 4 years ago. The result: the Travel Tripod, launched last week on Kickstarter, and it’s well worth the wait.

I was given the opportunity to test one of the tripod prototypes for a week while hiking and shooting long exposures around the Bay Area. In short, I walked away very impressed. Every component and small detail feels refined and thoughtful, making the tripod easy to set up, use, and travel with. Best of all, there is very little wasted space or weight.

Peak Design wanted to fix one critical flaw: tons of wasted space, which inherently makes a tripod difficult to carry with you in the field. Compared to other tripods, the Travel Tripod is one of the most compact out there. There’s no wasted space in its design.

That means Peak Design created a more effective tripod at a fraction the size of traditional travel tripods.

One of the first things I noticed was how fast it deploys and packs down. It took me about 20 seconds from the moment I pulled it out of my bag until I was shooting photos. That’s twice as fast as my old tripod. Once deployed, the Travel Tripod is stable and durable – I used it in rain and mist, accidentally dropped it a few times, and spent some time on sand beaches, and the tripod still works fine. It’s rated as both weatherproof and impact-resistant and is backed up by a lifetime warranty.

The team at Peak started the design from the ground up, thinking through the photographer’s workflow. As the self-dubbed masters of the “carry,” the brand’s first challenge was to make a tripod that is much more portable. The Travel Tripod does that, taking up half the volume of most of its top-end competitors.

The team also eliminated all protruding knobs, meaning every water bottle pocket on a bag can also be used for transporting the tripod. The tripod’s legs and center column nest together tightly, when collapsed, to achieve a packed diameter of just 3.25 inches, which is very similar to a water bottle. 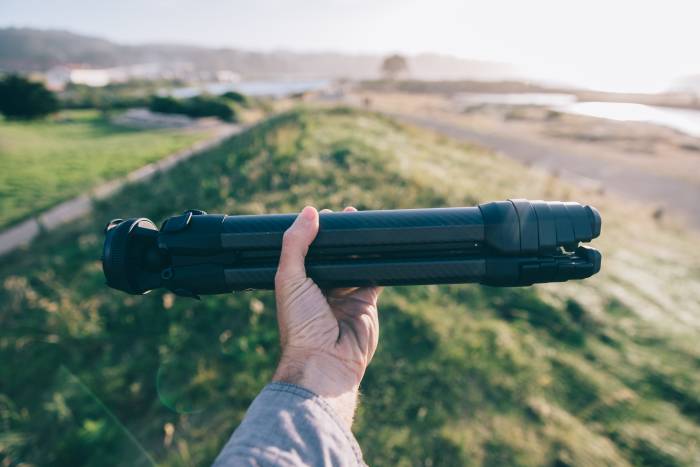 For someone who regularly travels with skis, paddling gear, and/or bike equipment, the streamlined shape is a huge improvement, helping me tuck the tripod into small corners of my pack and allowing me to take it on more trips. Plus, despite more compact size and space, the Travel Tripod still has all the professional-level capabilities you would expect.

Instead of knobs, the team at Peak employed leg levers (four on each leg) that can be operated together, which helps accelerate setup. Further, with the new product architecture, there is no need to flip the legs up or down, saving tedious unpacking time. Last, the camera attachment is simple and easy to use, making you wonder why other companies haven’t made one like it before. 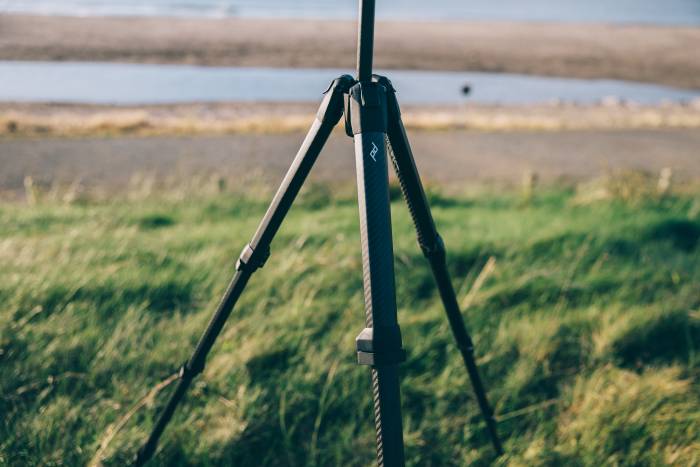 Major Improvement: The Simplicity of the Ball Head

Maybe the biggest improvement is the ball head, which takes all the guessing out of which knob to turn. This is a single adjustment ring that gives the tripod head total articulation for both portrait and landscape shooting. The camera locks securely and can be adjusted quickly. Likely many improvements on this tripod, this is addition by subtraction. The simplicity of the ball head is what makes it unique.

The Travel Tripod uses high-quality materials and has precision, machined parts that help with stability, durability, and cut the overall weight, too. The tripod is designed to handle pro photography gear, like full-frame cameras with telephoto lenses, with a weight capacity of up to 20 pounds and a maximum height of 60 inches.

It also comes with a hidden mount for phones, although I rarely used this because I’m not a selfie connoisseur.

Fitting in With the Peak Ecosystem

I’ve admittedly been a Peak Design fanboy for years and rely on their ecosystem of products. The tripod fits well into this system, easily connecting to straps, securely holding Peak’s plate, and stowing in the packs snuggly. That said, the tripod works with nearly all third-party plates (including longer ones) by removing the pines on the ball head.

I did have a few letdowns while testing this product that was rumored to be coming for the past couple of years.

First, while the carbon fiber model I was testing is notably lighter than most other top-of-the-line tripods, it still weighs just under 3 pounds, meaning it isn’t perfect for many ultralight missions. Similarly, for someone like me who skews towards portability over performance (when you can’t have both), I would prefer a mini Travel Tripod model — one that isn’t quite as tall or burly but can pack smaller and is a bit light for backcountry-oriented trips. Neither are dealbreakers, but they are considerations for folks like me.

Overall, the Travel Tripod is a huge improvement from every other tripod I’ve used or owned. Sure, I may not take it on every trip, but it will certainly accompany me on many more than my current setup, primarily because it’s easy to stow and simple to use. Launched this week, the tripod has already raised $6 million on Kickstarter. However, that’s hardly surprising, given Peak Design has raised more than $20 million across its eight other campaigns.

The Travel Tripod comes in two versions: aluminum and carbon fiber for $289 and $479, respectively — both on discount if you back the campaign.