In 1976, nearly 200 years after Robert de La Salle first canoed the length of the Mississippi, 24 men embarked on a harrowing 3,300-mile expedition to retrace the famous route during one of the worst winters in recorded history. 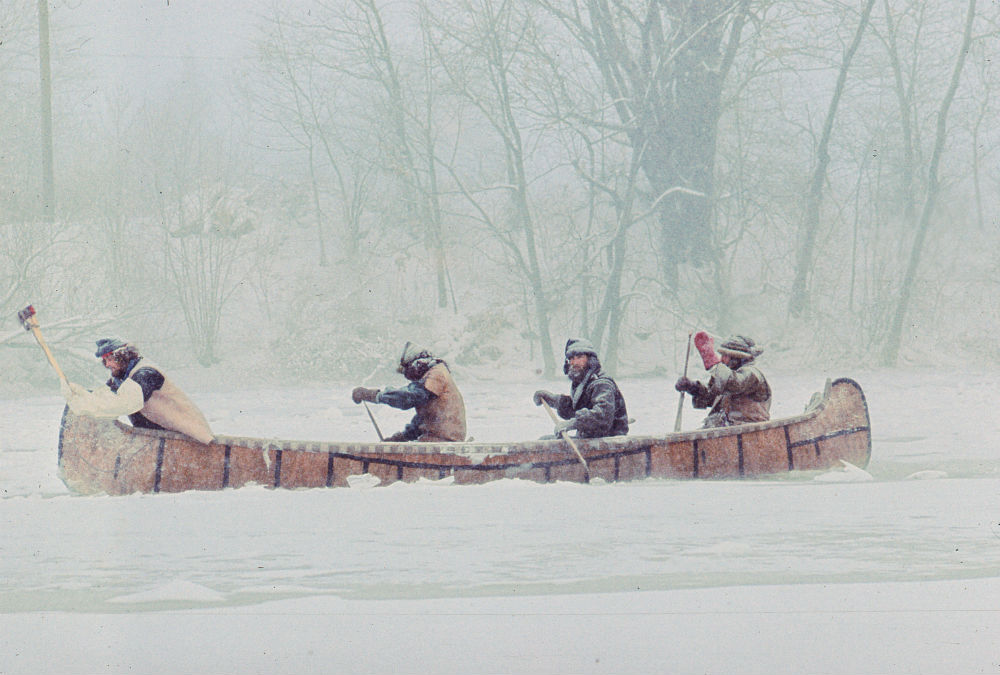 “The Last Voyageurs,” a new book by Lorraine Boissoneault, is a gripping dual history of the remarkable, parallel adventures of a 17th-century French explorer and an ambitious French teacher in 1970s Illinois. In honor of the American bicentennial, Reid Lewis set out with a gutsy group of fellow teachers and students to follow René-Robert Cavelier, Sieur de La Salle’s footsteps and paddle strokes from the St. Lawrence River, across the Great Lakes, and down the Mississippi River to the Gulf of Mexico.

The journey was as much reenactment as recreation, as Lewis and crew tackled frigid waters, ice floes, and sandstorms with 17th-century stitched clothing and handmade canoes. Little did the novice crew know they would be pitted against the worst Midwestern winter to date. —Adam Ruggiero 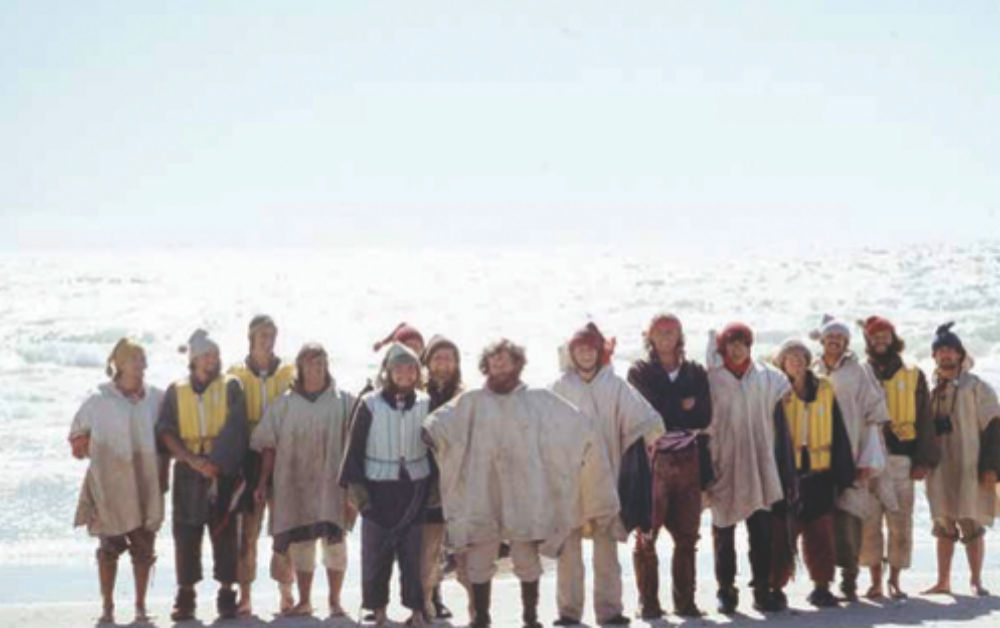 Excerpt from The Last Voyageurs by Lorraine Boissoneault. Reprinted with permission of the author and Pegasus Books. All rights reserved.

It was a later start than usual. The sun had been up for an hour when the canoes launched from Jackson Harbor at 7:45. The boats glided onto the lake in splendid unison, as if they’d rehearsed the launch hundreds of times. And of course, they had—every day of paddling for the past three months had been a lesson. They were practically experts at this point.

Already the water was a frigid 39 degrees and ice formed rapidly on the canoes. Everyone was dressed in wool hats and mittens, but there was little they could do to protect their faces from the stinging spray. The cold wind nipped at any exposed patches of skin and the choppy surf slapped the canoes. The day was overcast and the air cool, but nothing out of the ordinary. There was no reason to think the six-mile journey would take much longer than an hour.

But after less than a mile of paddling, the wind shifted. In seemingly the blink of an eye the waves had grown to five or six feet and were tossing the canoes around as if they were toys. The six teams were pushed apart by the waves, one taking off in the lead, the others scrambling around to move away from the breaking waves on a narrow strip of shoals to the east. The water was icy cold as it sloshed around their feet at the bottom of the canoes. Men in the middle of the canoes abandoned their paddles to start bailing.

Suddenly Ken shouted out to the others, “We need help! We’re sinking!”