A loop of lightweight titanium linked to a keyed cylinder forms the entirety of the TiGr Mini, a new kind of bike lock. 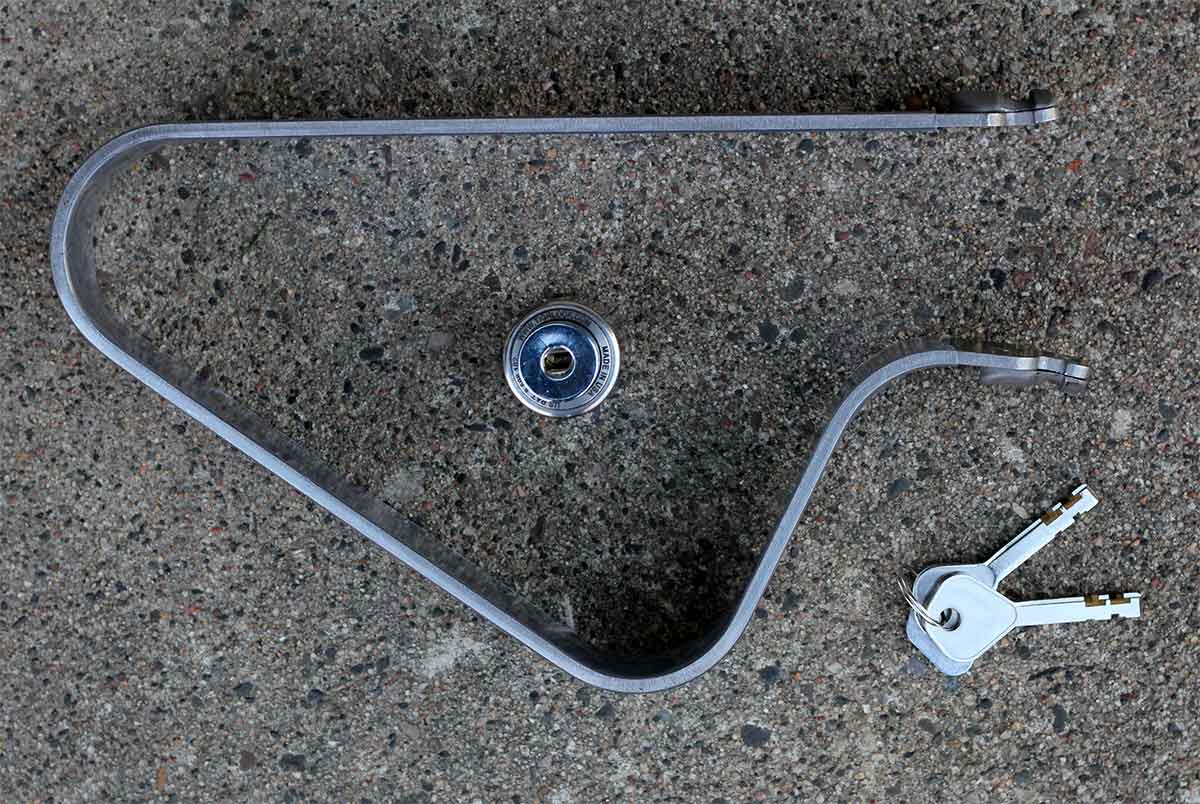 Stanton Concepts LLC manufactures the locks in New Jersey and markets them with the tag line “elegant bike security.” Beauty may be in the eye of the beholder, but it’s hard to argue with the simplicity of this design.

I reviewed it during the past month. It stands out from the crowd as a streamlined and handsome option in a category where chains and clunky u-locks dominate.

In use, the TiGr locks are slick. A bow of titanium fits over your bike frame, around a post, and then it locks together with a click. 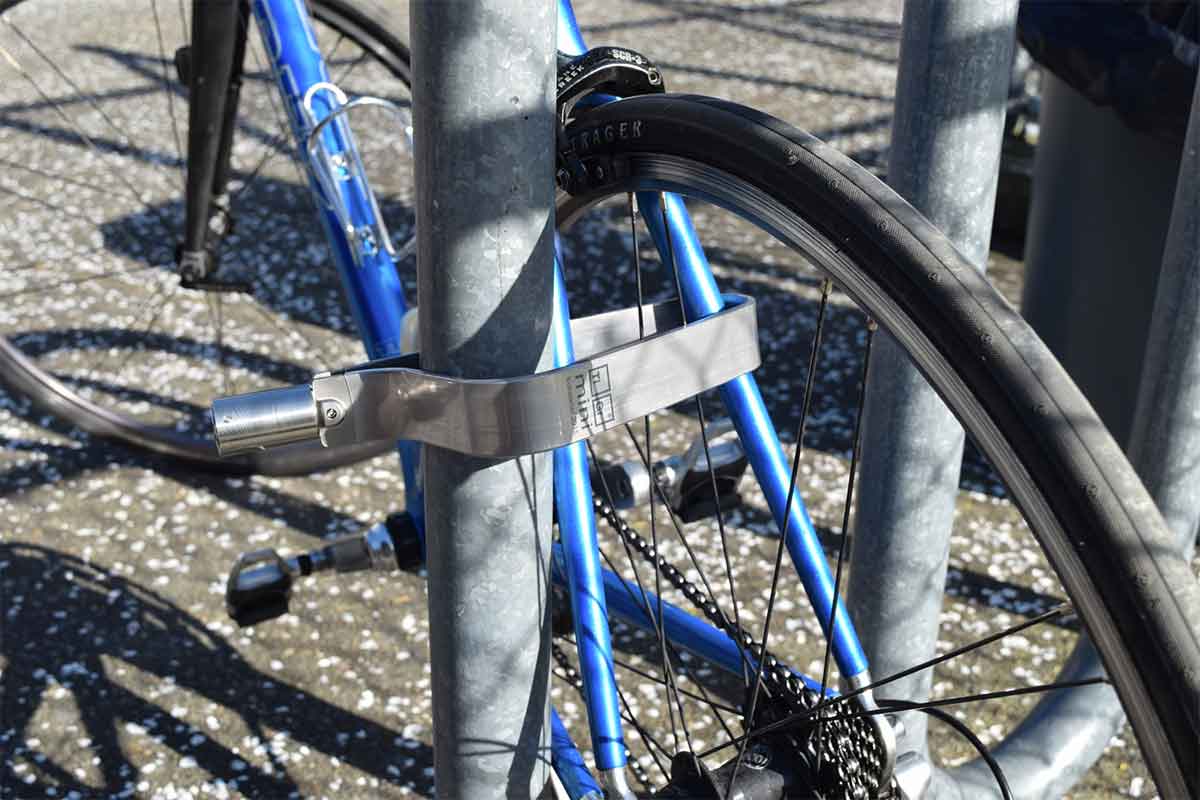 I secured my bike over the past month to review the TiGr Mini, which costs $99. It came to market this year touted as the lightest in its category, weighing just under 1 pound.

My normal bike security system, a heavy-duty chain and thick-shackle padlock, weighs about 5 pounds. I wear it around my body as I ride, an anchor for sure but guaranteed to make the thieves think twice. The TiGr Mini is certainly more pleasant to haul around town.

It’s easy to use but small — you get a tapering 7 x 4-inch area inside the bow to fit around a bike wheel, frame, and post. Large posts present a challenge. Also, don’t drop the cylinder; it’s a small piece that can roll away or get lost if not careful.

The TiGr option at first did not inspire confidence. It’s so light I automatically assumed less security and strength. But the company touts independent lab tests that put its hard-to-cut titanium on the same level as steel u-locks and chains.

The company cites testing of the shackle that included saws, bolt cutters, and other devices. I tried cutting it with a standard hacksaw.

The titanium is tough, but certainly not theft-proof. I was able to cut halfway through the bow in a few minutes. It dulled my saw blade and tired out my arm, but the lock was compromised in 5 minutes of work.

Granted, when locked on a bike the TiGr Mini is hard to compromise because of its frame-hugging small size — it’s more difficult to get a saw blade or bolt cutter onto the 1.25-inch titanium bow when it’s secured tight around a bike.

The key cylinder couples with the bow via a simple (but strong) pin that wedges thick, riveted lugs into an unmovable position.

I had two professional locksmiths assess the lock, and both were impressed, calling the coupling mechanism “strong” and the disc-based keyed cylinder “nearly pick-proof.”

No lock is impenetrable. The TiGr Mini offers higher security for its size and weight, though my old bulky chain is likely a magnitude safer when my bike is left alone on a sketchy street.

Ultimately, all bike locks are simply a deterrent. If you value light weight and simplicity in design, this lock will provide moderate security and won’t weigh you down.

Up Next: Bike Safe: Tips To Ride At Night