SEMA is the world’s largest car show. Though it showcases every type of vehicle you can think of, the Jeep has reigned supreme for the past nine-plus years.

For the ninth consecutive year, SEMA named the Jeep Wrangler its 4×4/SUV of the Year. This isn’t at all surprising, as Jeep can’t make Wranglers fast enough and the aftermarket grows every year. And as a testament to that, we saw 289 Jeeps at this year’s show alone!

The SEMA show is all about aftermarket accessories for your vehicle. And that market focuses primarily on popular vehicles, especially those people grow most passionate about. Jeep culture is second to none in terms of loyalty and fans who want to personalize and customize their vehicles.

I went down the rabbit hole of the Jeep world at this year’s show, photographing every Jeep there. When I did this in 2015, I spotted 210 Jeeps. In 2016, I saw 211 Jeeps. This year, I counted a whopping 289 different Jeeps scattered across the massive trade show!

And because of the release of the new JL, Wranglers — JK and JL — constituted a vast majority of Jeeps at the show. But there were a few other older and more modern Jeep models scattered about.

Let’s have a look at the top 15 crazy Jeep builds I spotted at SEMA 2018. Which would you want on your next adventure?

The Cliffride Jeep JL FE4 camper setup was quite slick! The inside wasn’t complete for SEMA, but the brand is close to sourcing all the proper outfitting. This super-capable overland adventuremobile turned a lot of heads at the show. 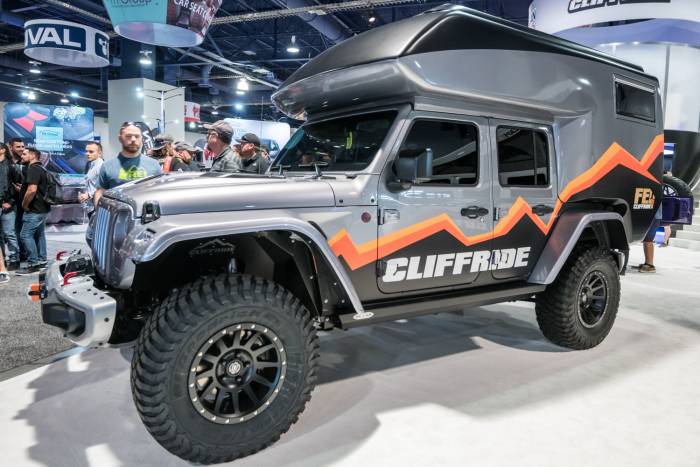 Mega X2’s six-door Jeep JL was properly done in all respects. The fit and finish of the conversion looked like it had just rolled off the Jeep assembly line. With some choice modifications, like a BDS long-travel suspension lift kit, this Jeep is still extremely capable off road. 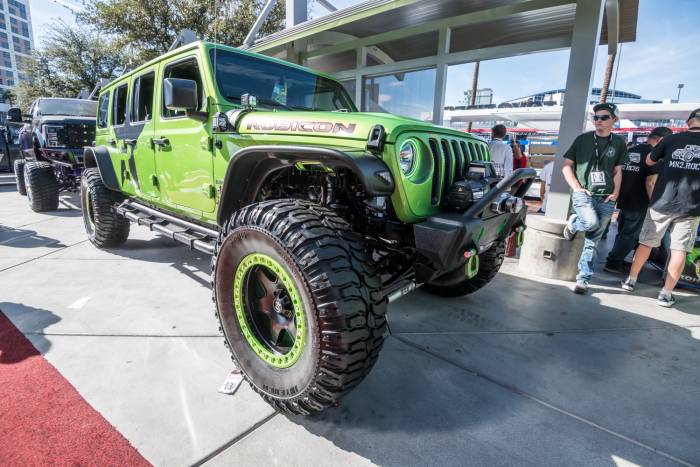 The RoamR SlantbackSIX build is a fully custom overland rock crawler build. It’s based on a stretched Jeep Commando frame with some CJ6 bodywork and is custom in nearly every other way. 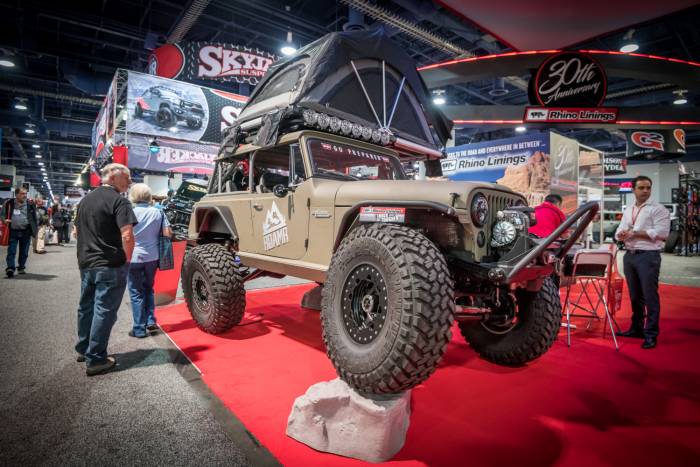 This awesome classic Cherokee Chief, named Big Chief, was built by Ken’s Kar Kare. While most of the running gear is new and custom, the body is pretty original with great patina. 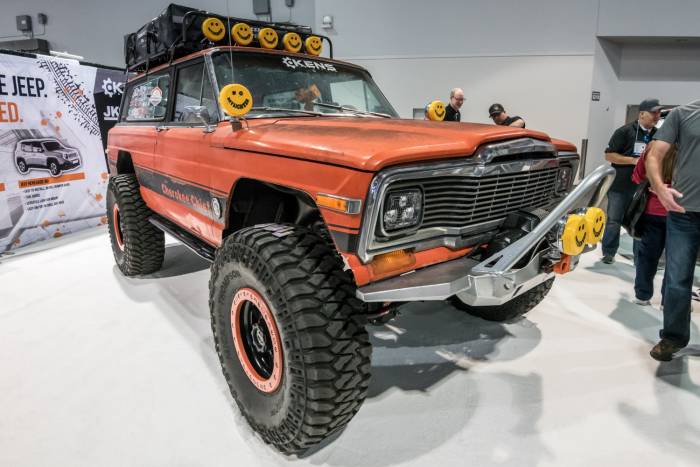 It’s hard not to appreciate a well-appointed Cummins turbo-diesel powered AEV Brute pickup with a custom Snap Outfitters pop-top camper on the back. 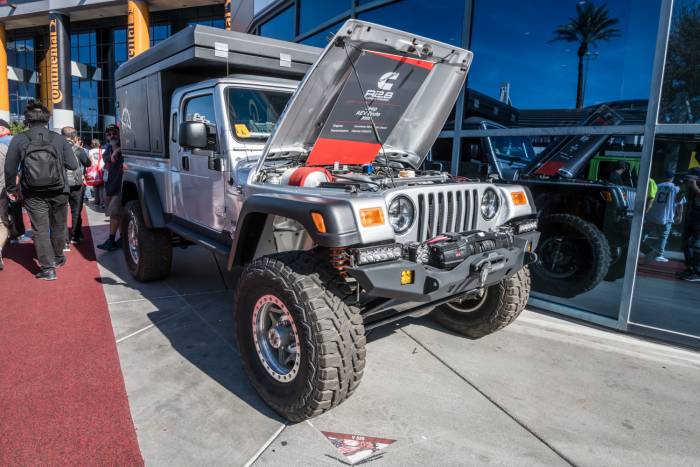 JKS Manufacturing put together this well-appointed overland-style Wrangler JL Unlimited. There are lots of JLs with rooftop tents this year, but not all are as off-road capable as this one. 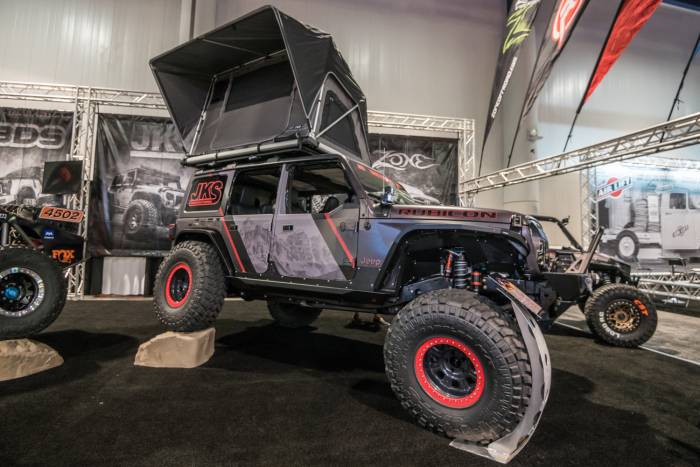 This classic CJ-8 was built by JPFreek Adventure Magazine and is called Project Alaskan Postal. It sports classic patina but has been thoroughly modernized and upgraded. 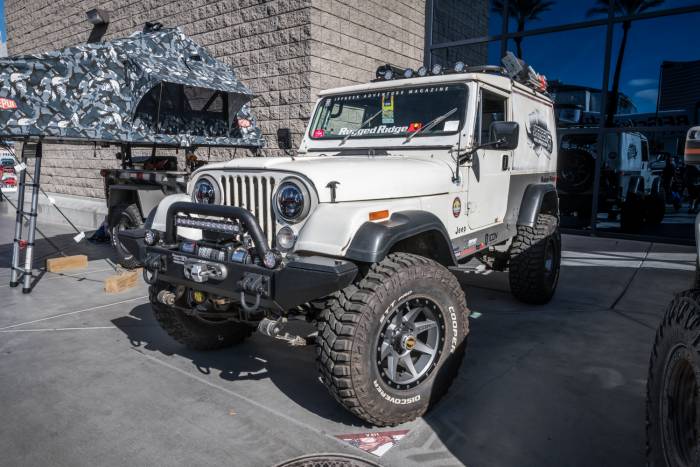 The RoamR 1969 Jeepster Commando is pure classic gold! The soft top makes for good fun in the sun, and the limited-edition high-speed Warn winch on the front makes sure you can get out of trouble quickly. 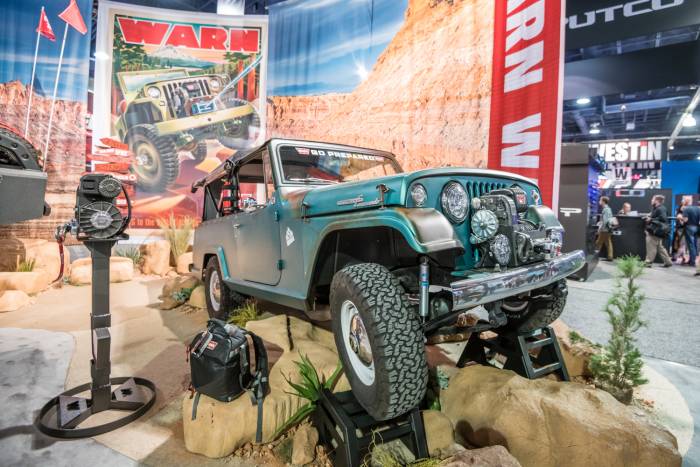 One of the first Jeep Wrangler JL Unlimited vehicles off the production line, this custom Jeep now sports 42-inch tires and has been converted to a two-door soft top. It was built on the popular TV show “Dirt Every Day.” 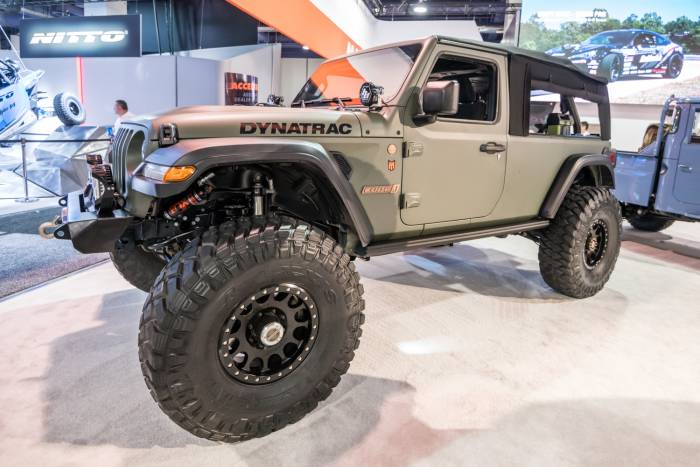 Motor City Aftermarket took the mild modern Jeep Cherokee and spruced it up a bit for more off-road capability and some aggressive looks. 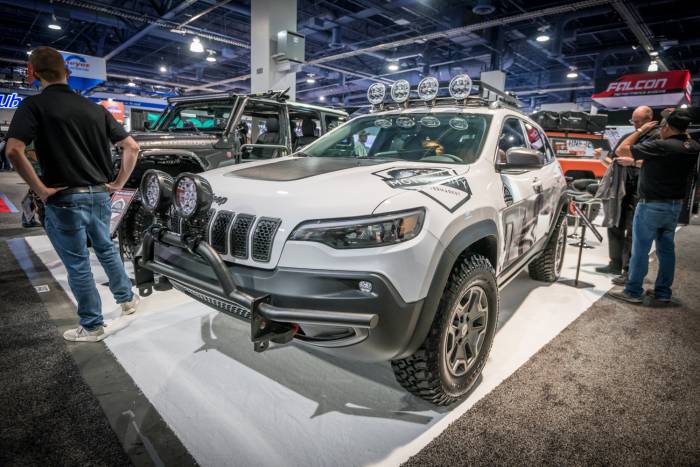 Pretty much anything with tracks on it is going to be a good time! 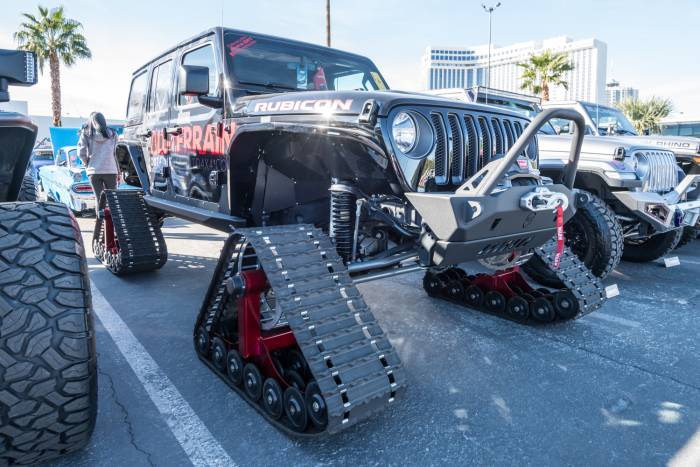 I don’t know about you, but I’ve always wanted a big kid Tonka truck. 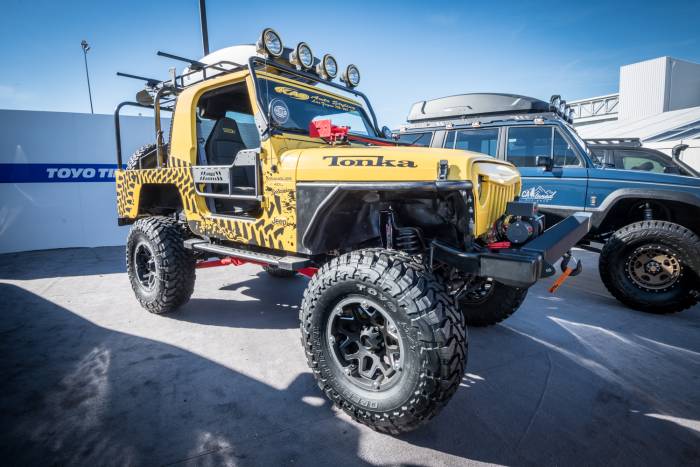 The Sandstorm concept Jeep from Mopar debuted in Moab earlier this year. It is Hemi powered, sports a full roll cage, and is generally ready to go really fast over difficult terrain. I’m in love with the custom body lines and orange color as well. 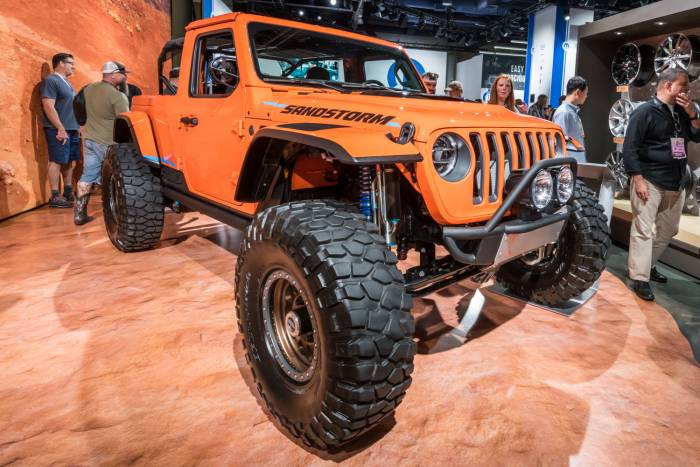 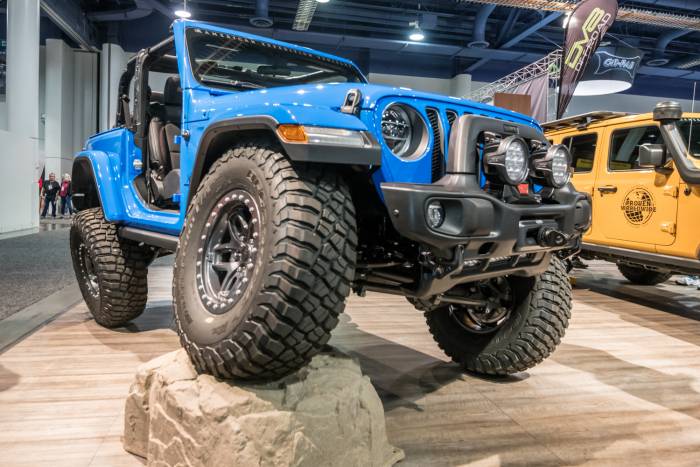 This Big Willy build was massive! The vehicle is a full custom, scaled-up version of a classic Willys Jeep. It was built as an art car for Burning Man this year. It is powered by a new Cummins crate motor, has four-wheel steering, and rolls on 40-inch military tires. 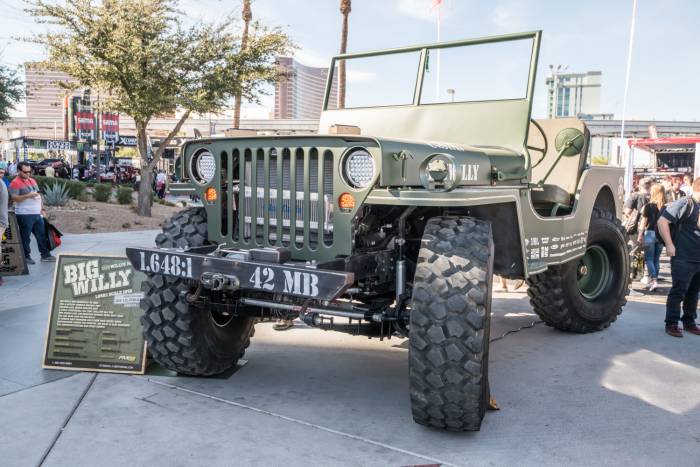